The only expression of "ART" in architecture field, is not the spontaneous creation from designer during processing of design, but it will be reflection on the future urban space which they created, on the spontaneous activities with collective memory at the public domain. -Aldo Rossi.

The essence of 1/2 bridge will render diversification from spontaneous open activities, without "setup" or "total planning",but it will be still achieve the requirement from total planning.

We set up two programs, Wenxing citizen plaza and Wenxing museum, the bridge is chopped into two parts, but it still connected as the whole. One part will continue to represent the red culture of revolution, another part will be free for participation from citizen and tourist.It will organise diverse activities reflecting on the folk culture, such as market, night market, folk culture performance, children playground and etc.

The entire length of the bridge is defined into 30meters width and 180meters length. it will combine three trips from future urban planning , which will be the strip representing red culture, folk culture and ancient town memory. It will generate a big platform for citizen participation.

30 by 180 meters rectangular bridge is diagonally cut into two parts - Wenxing historical revolution museum, and Wenxing citizen platform. The museum is covered with big roof , transition from open to close. Two parts are fully connected at the ground floor.

1.Historical revolution museum: it composed by two big roofs, one of it exhibited a wooden Relief， describing the scene during the War of the Chinese People's Liberation Army. the others is for temporally exhibition.

2.Citizen Plaza: it will accommodate diverse city activities, such as market, night market, folk exhibition, and etc.Bridge has become a platform for citizens' spontaneous activities.

At the head of north and south part of the bridge has two different iconic objects , representing monumentality .

1.At the head of the North part, it is the program of building aside river from the brief, it contains a tea house and viewing deck at roof top, the place could both enjoying both side of the river and the yongxing town.

2.At the head of south part, it is the iconic monument with star at the top.

The entire 30 meters of width is connecting from west to east. A half of the bridge is covering by the entire roof, according to the transition of the shape, it defines different size of the activities on both side of the plaza and museum.

One side is defined as museum. It will contain big conference at the " L" section; historical revolution exhibition at the "M" section; a monument tour at the "s" section.

On the other side, it is citizen plaza. It will contain market , show performance, and folk culture exhibition according to different section of size. 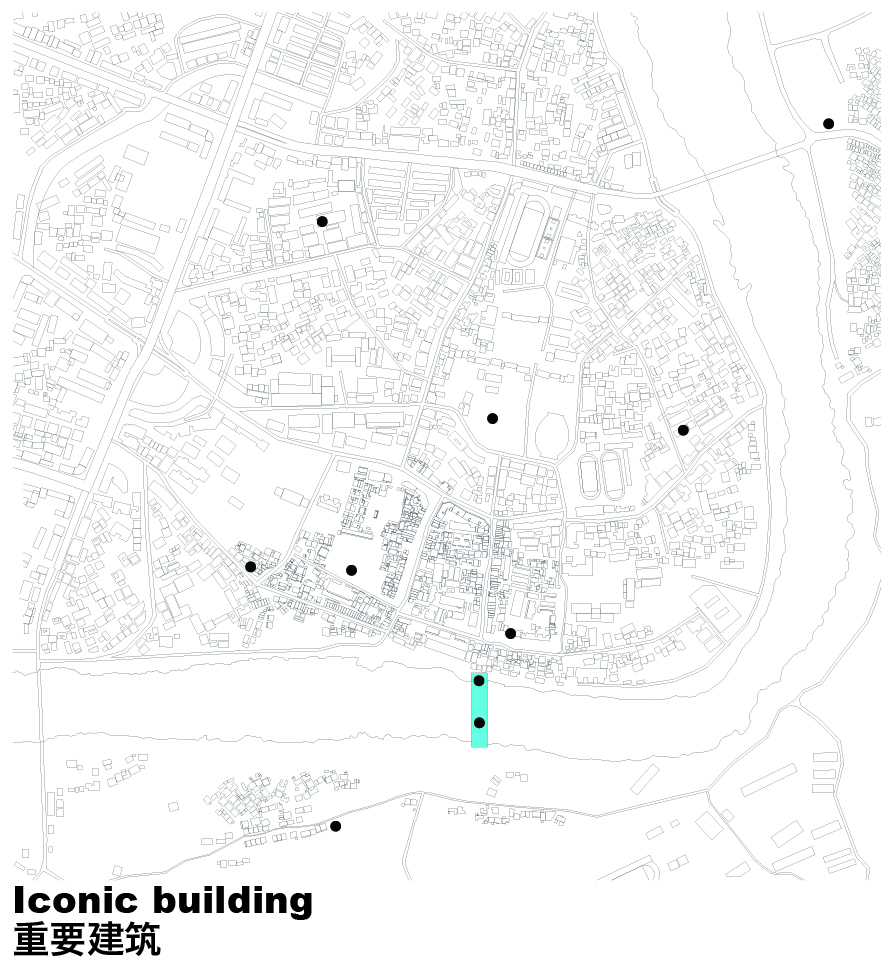 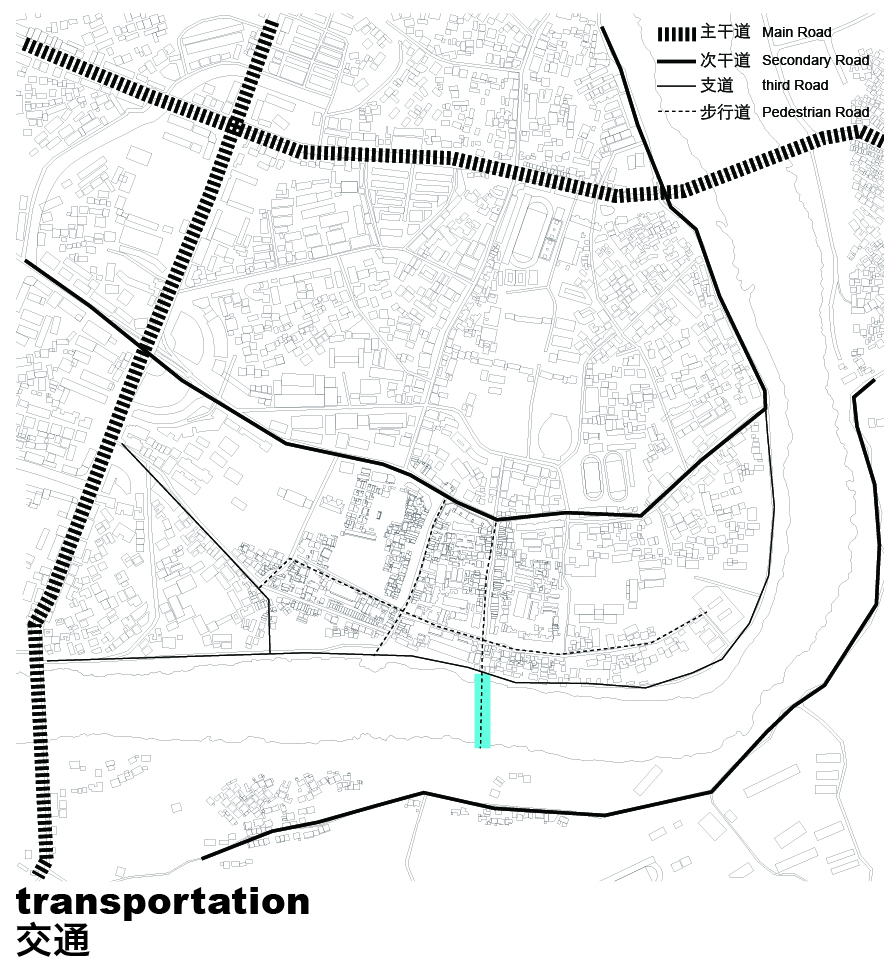 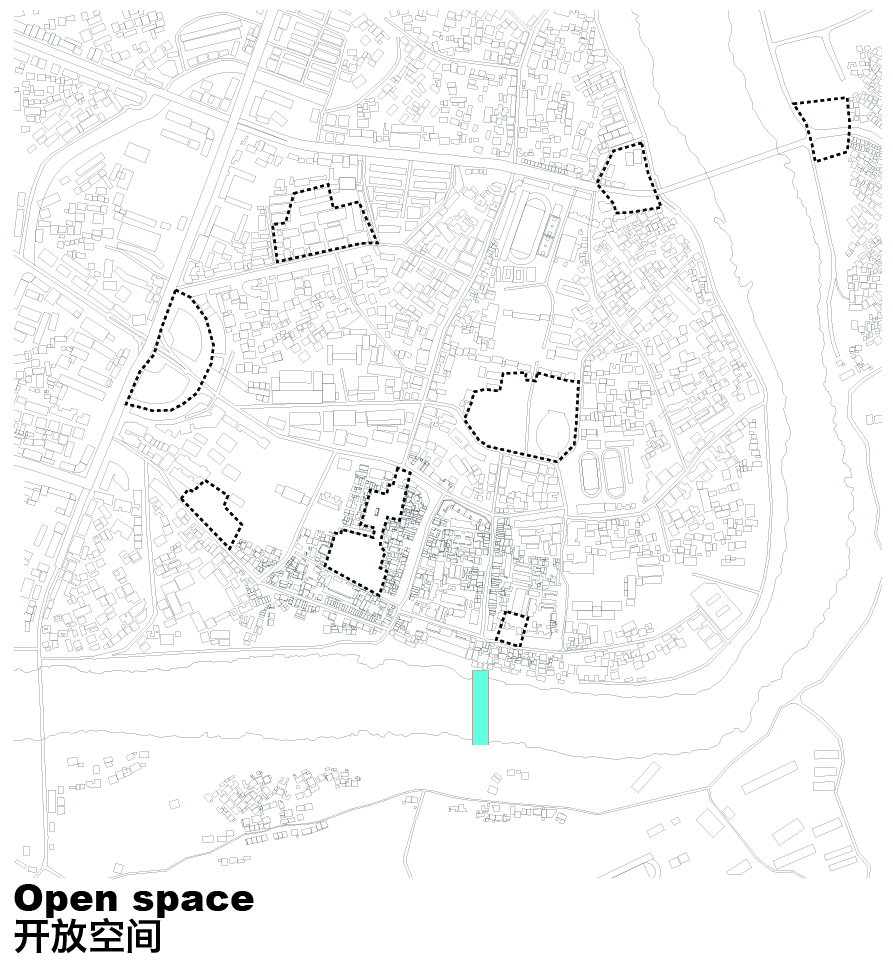 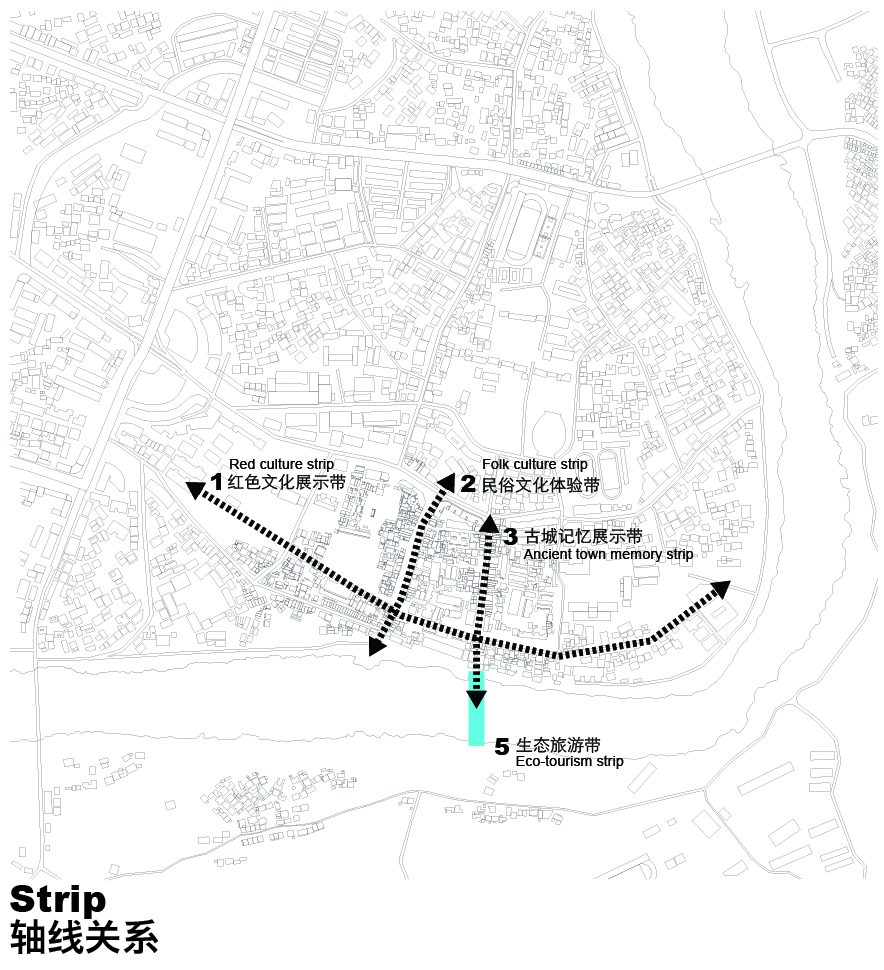 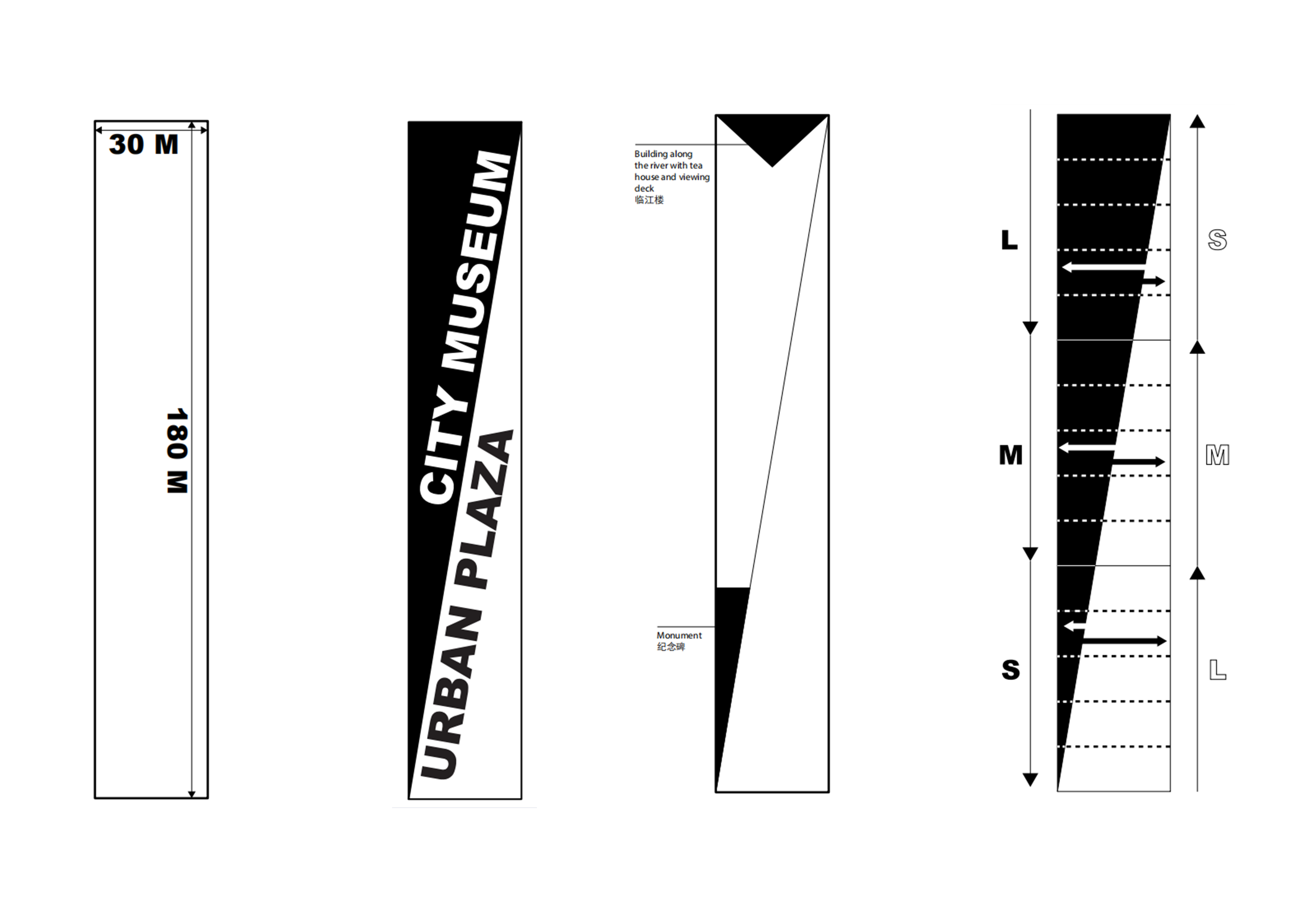 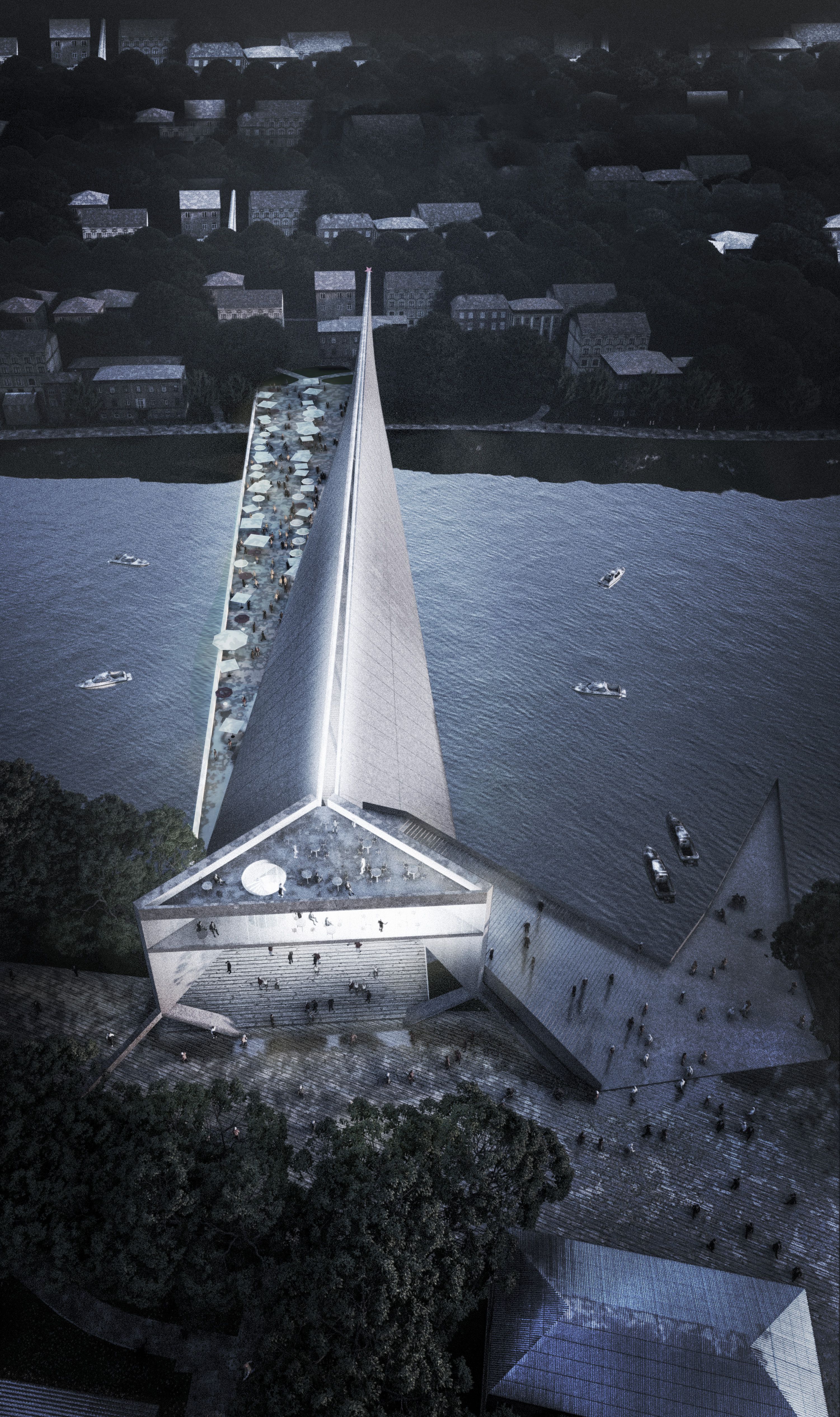 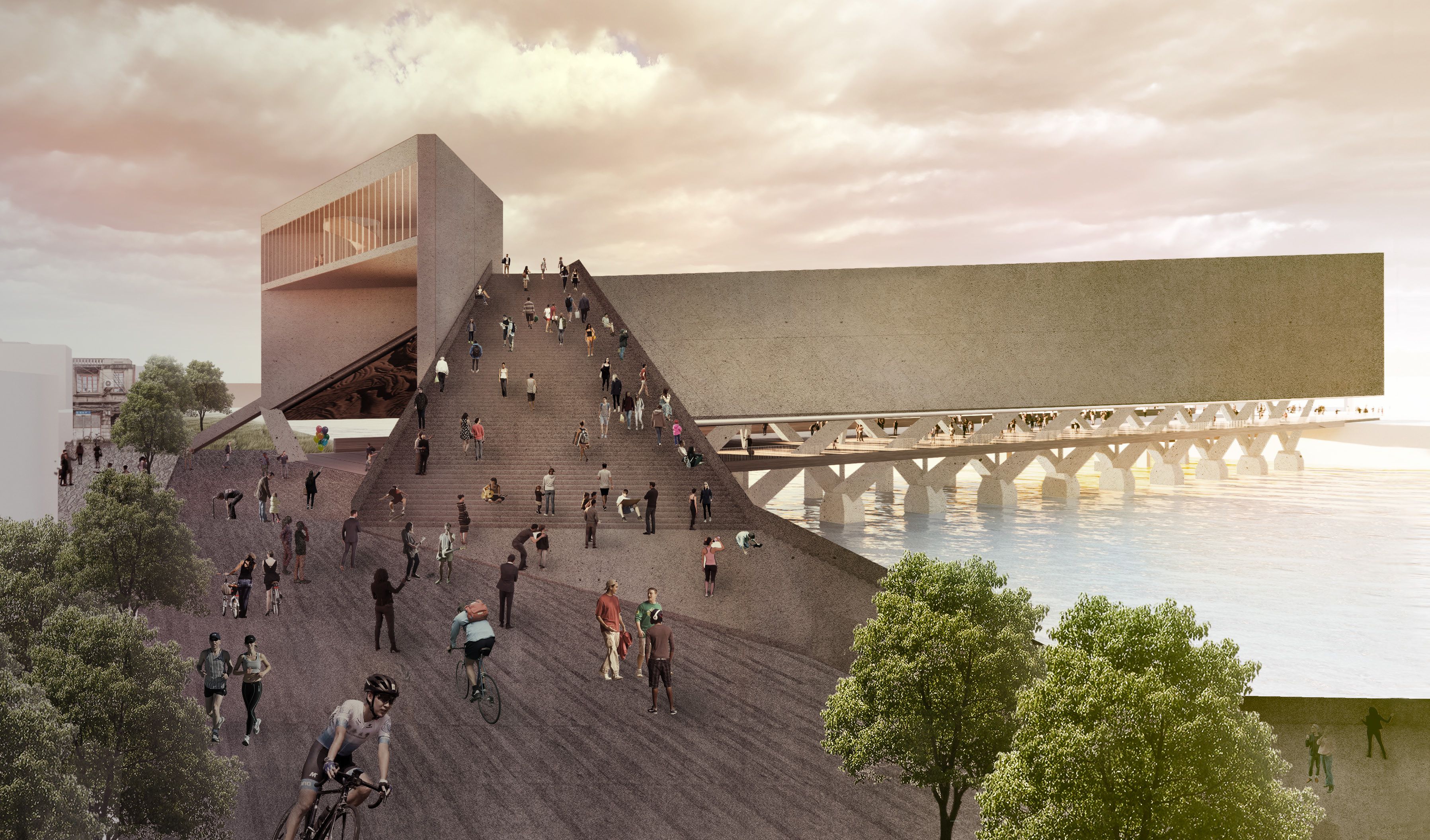 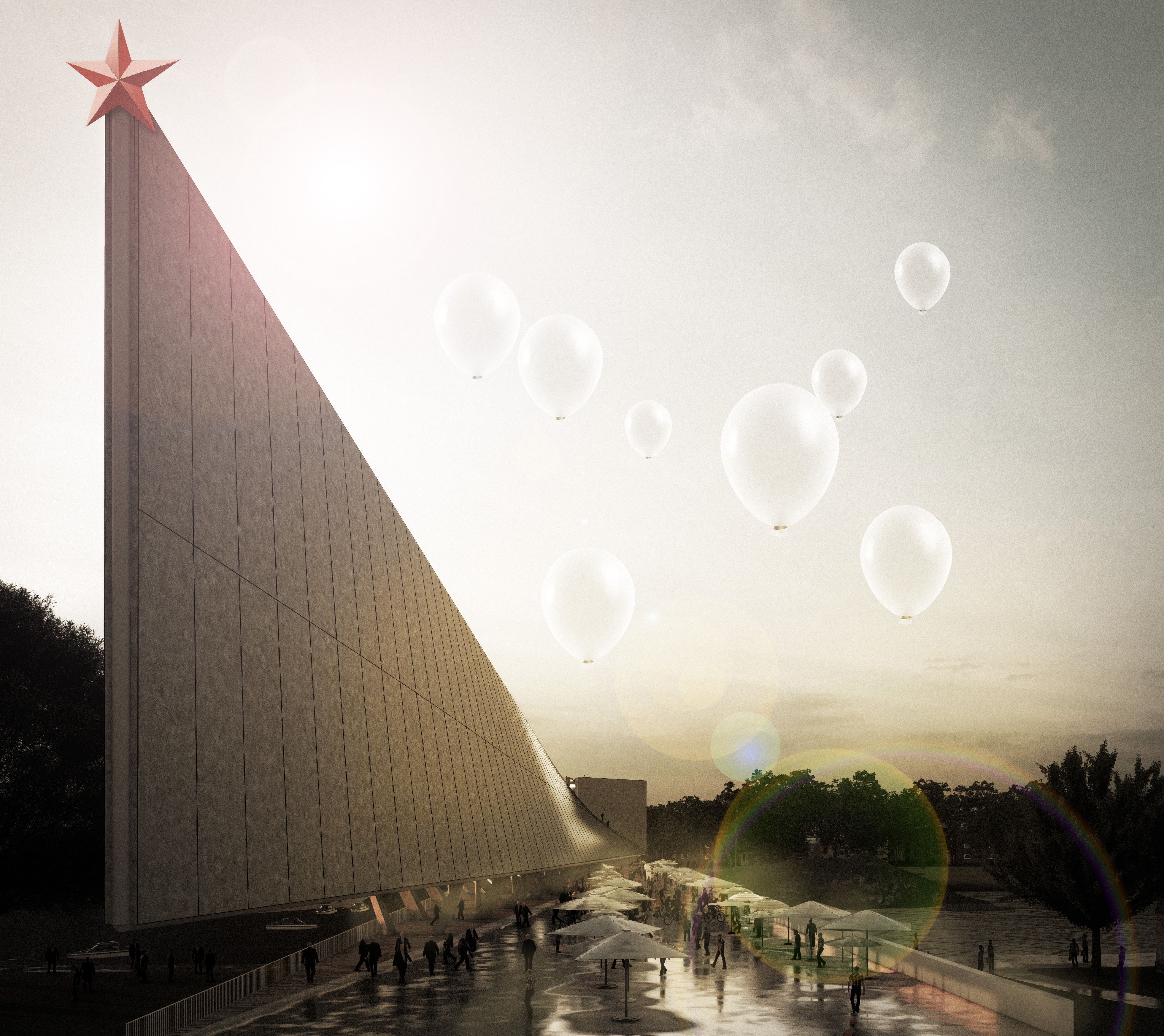