The palace of Mwami in Rwanda shaped as a dome, become a symbol of local civilisation. The dome is the important symbol to synchronise with local identity. In the meanwhile it also represents with public and religious as new typology.

The space above the dome become a new public space for all races and Christian gathering. It also be emphasised by the columns surrounding it. At night, there will be a light penetrating from underground, illuminating the surrounding as a center cross. The center cross also link with the 4 leading paths connecting with surrounding. The center dome symbolises the integration of various classes and races.

The genocide of 1994 cast a shadow over the history of Rwanda. Above 1millions people dead. The surrounding columns which are made by the rammed earth dig out from underground, represent the soul of people who has passed away in the massacre, it become a group of protectors and witnesses, surround the center public dome, which represent the peace has been exchanged by their predecessors with blood and tears.

The chapel as the main program covered by the dome, interacting with the space above. It generated sacred space with linear order. The space order is divided by three themes - misery, blessing and reincarnation. It is linked with three main program - atrium, nave and presbytery, shaped by three interlocked circle space, in order to generate a center for each. The atrium space is center with a memorial altar, which is engraved with the name of the deceased who were killed in the genocide. The pool reflected the cross from ceiling of the nave. Then the nave space become the center of the three space, the ceiling of it projects a cross sunlight into interior. The center of nave is the space for priest with the ambo. the third circle is special for presbytery with double wall, in-between of the wall can go through by the Christian, to get reincarnation when the view connect with center cross. 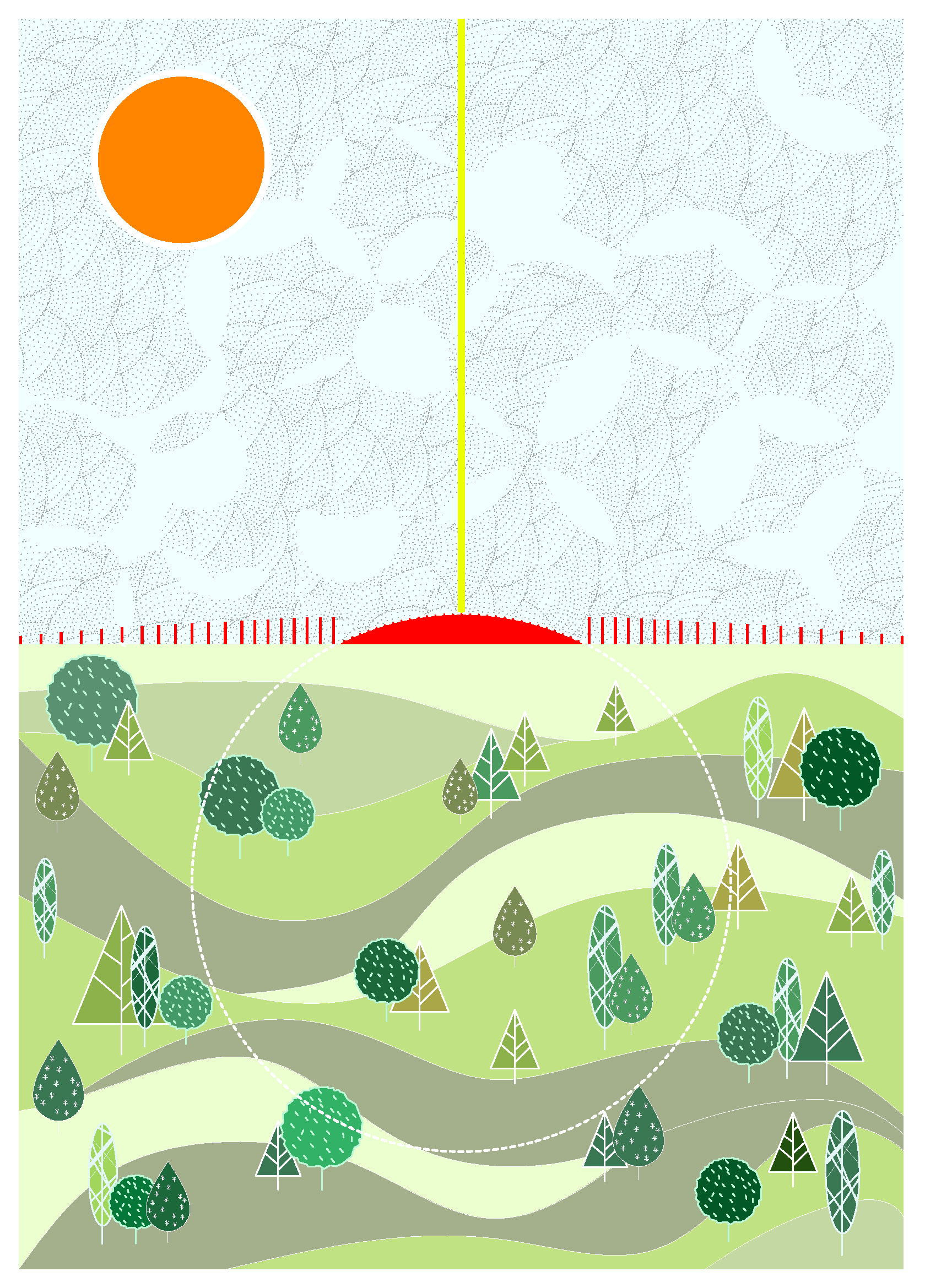 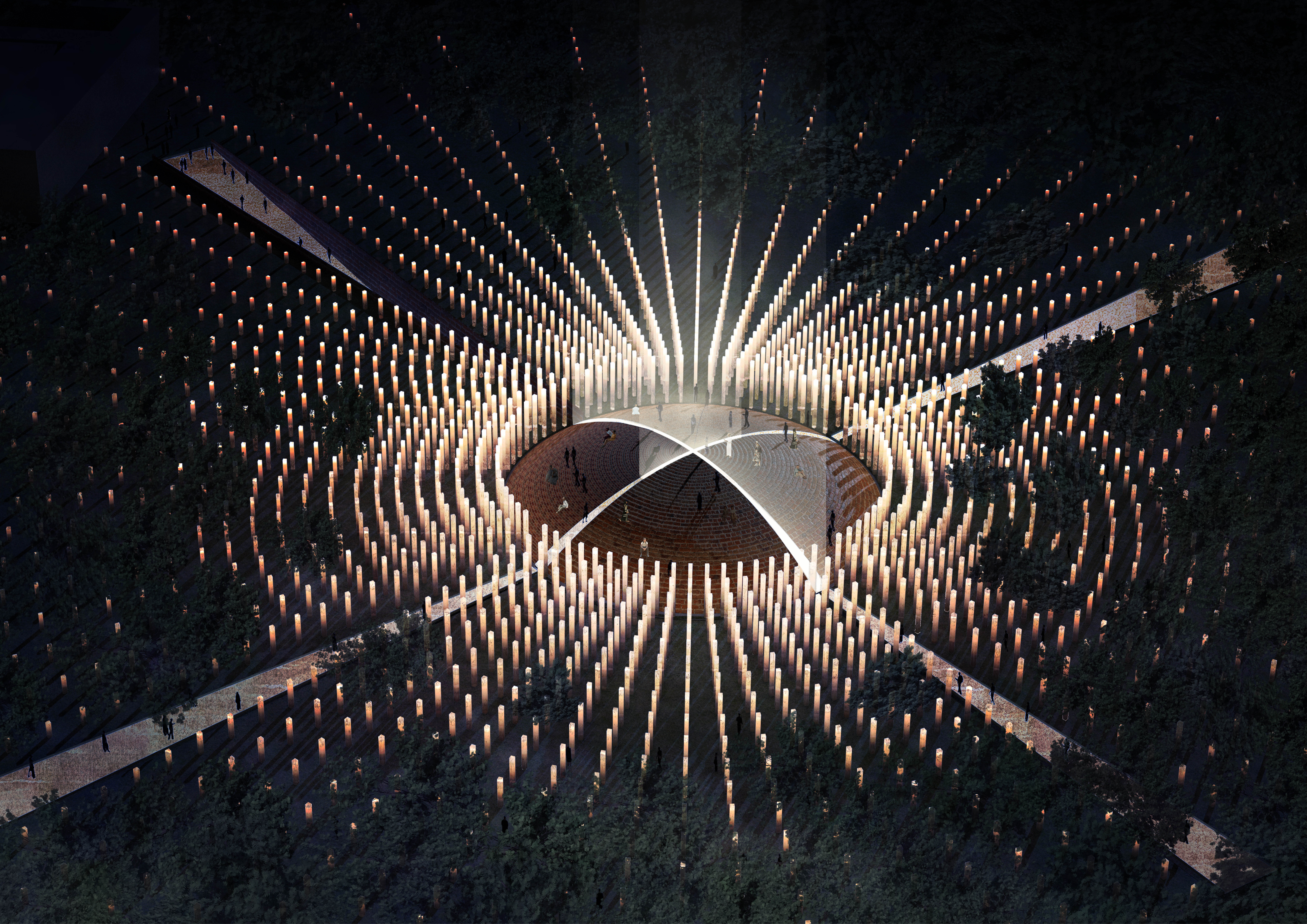 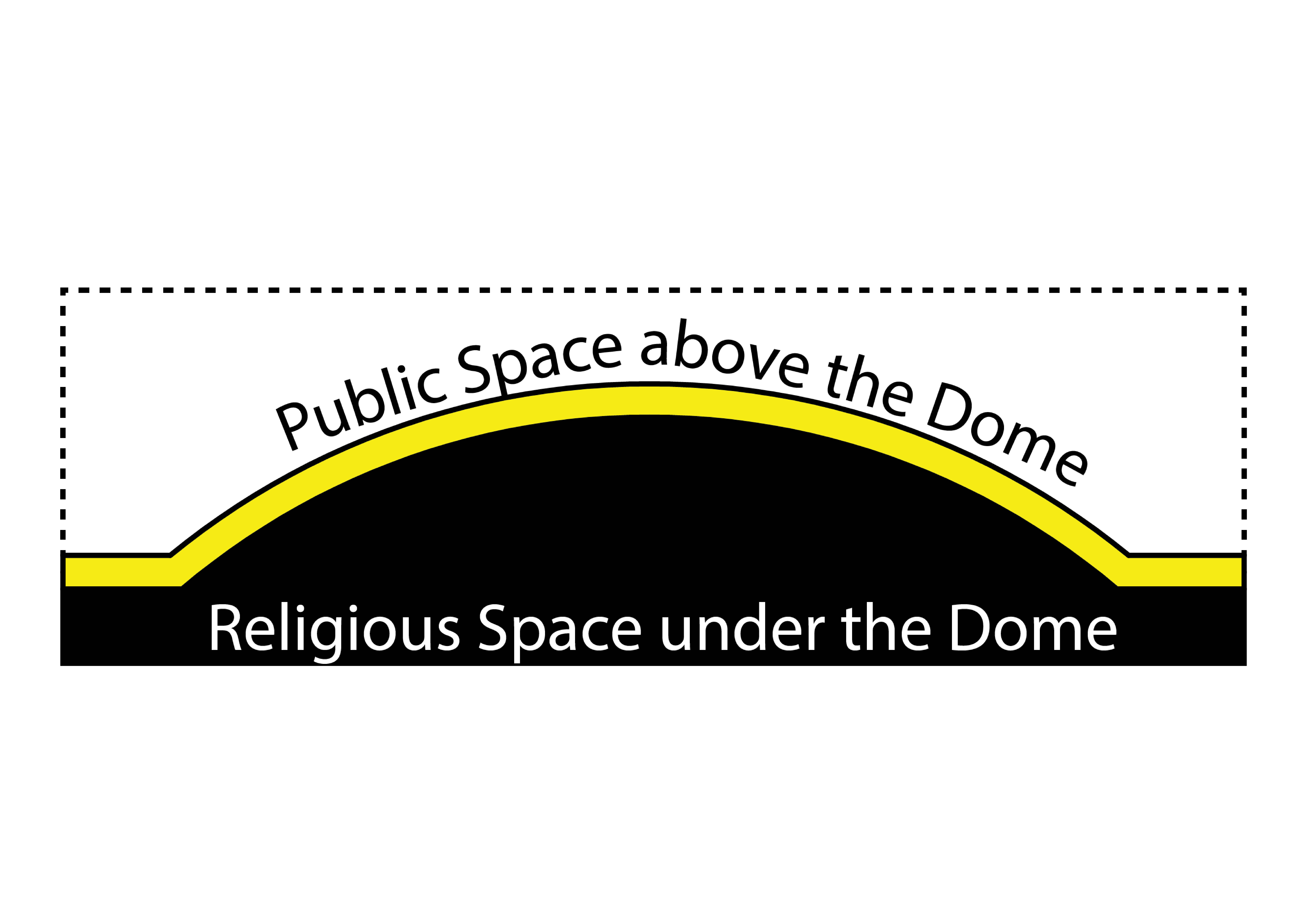 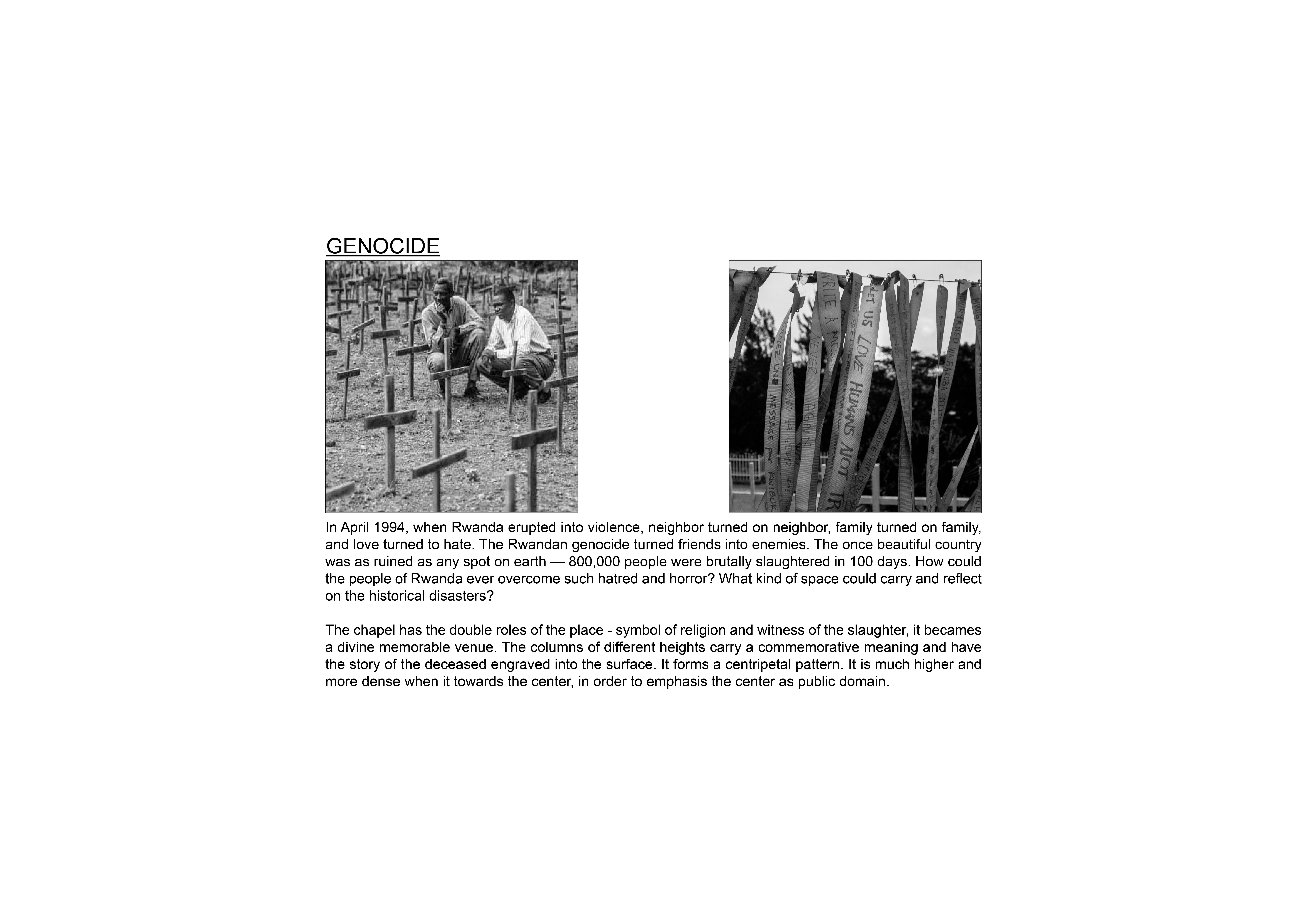 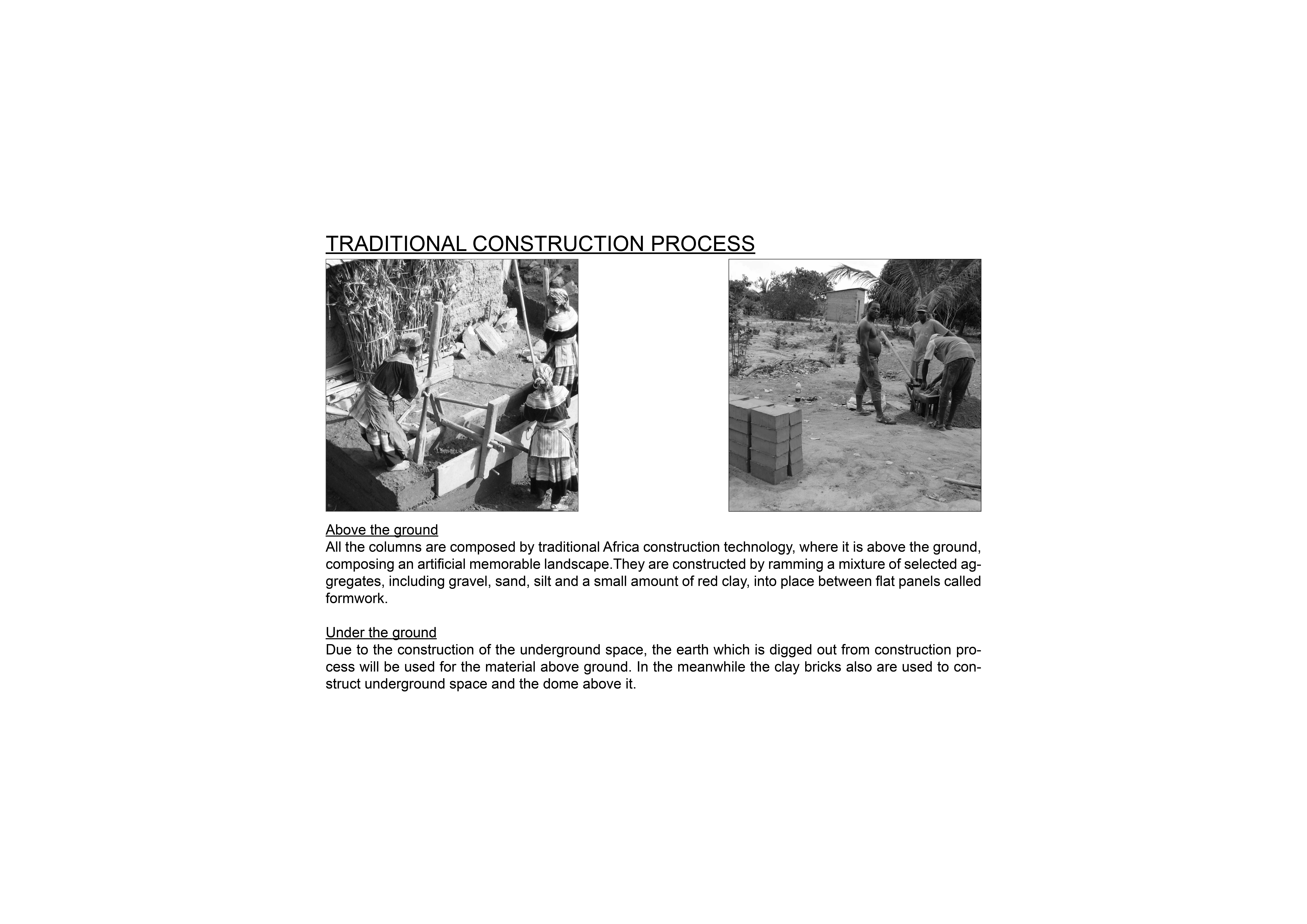 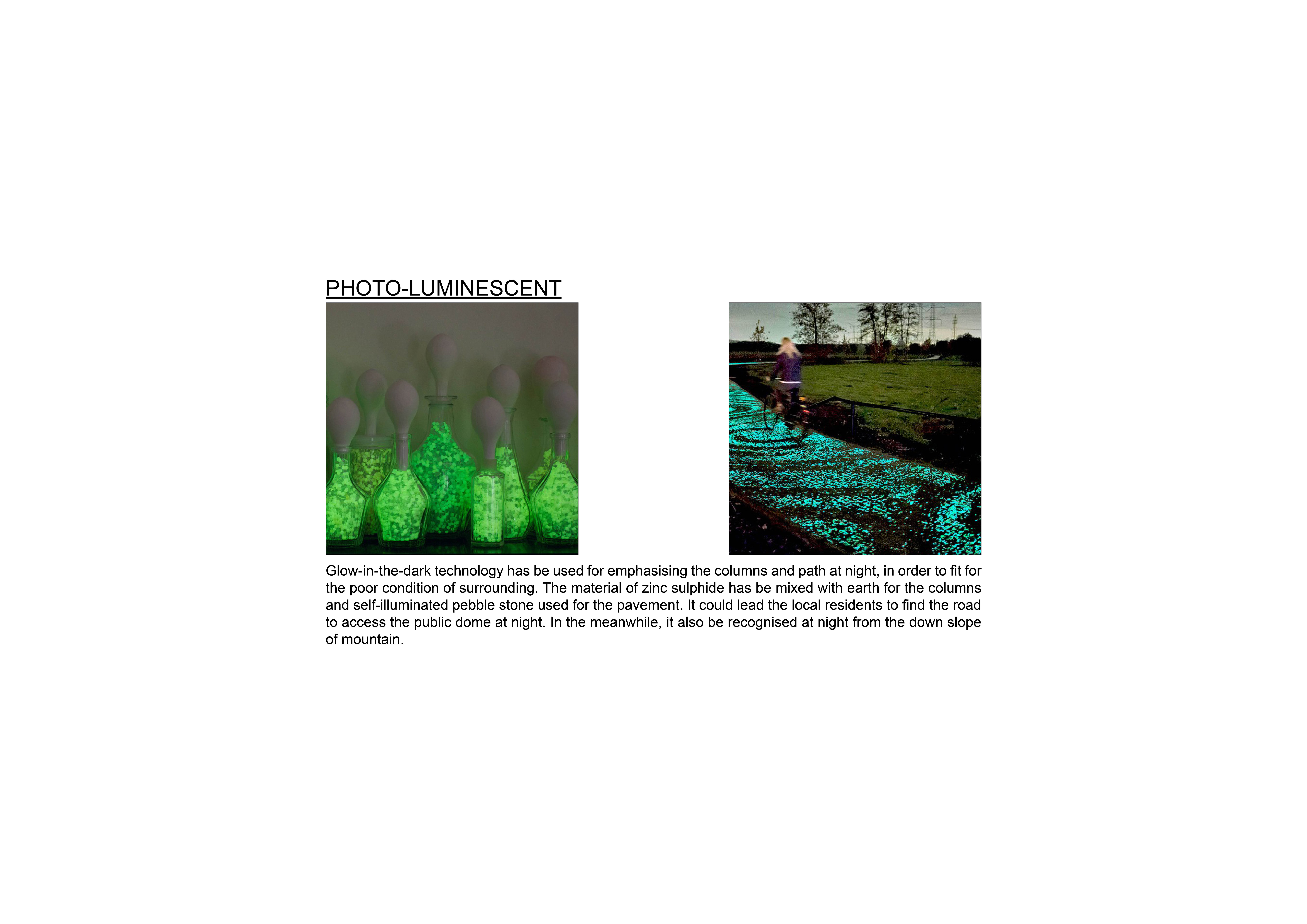 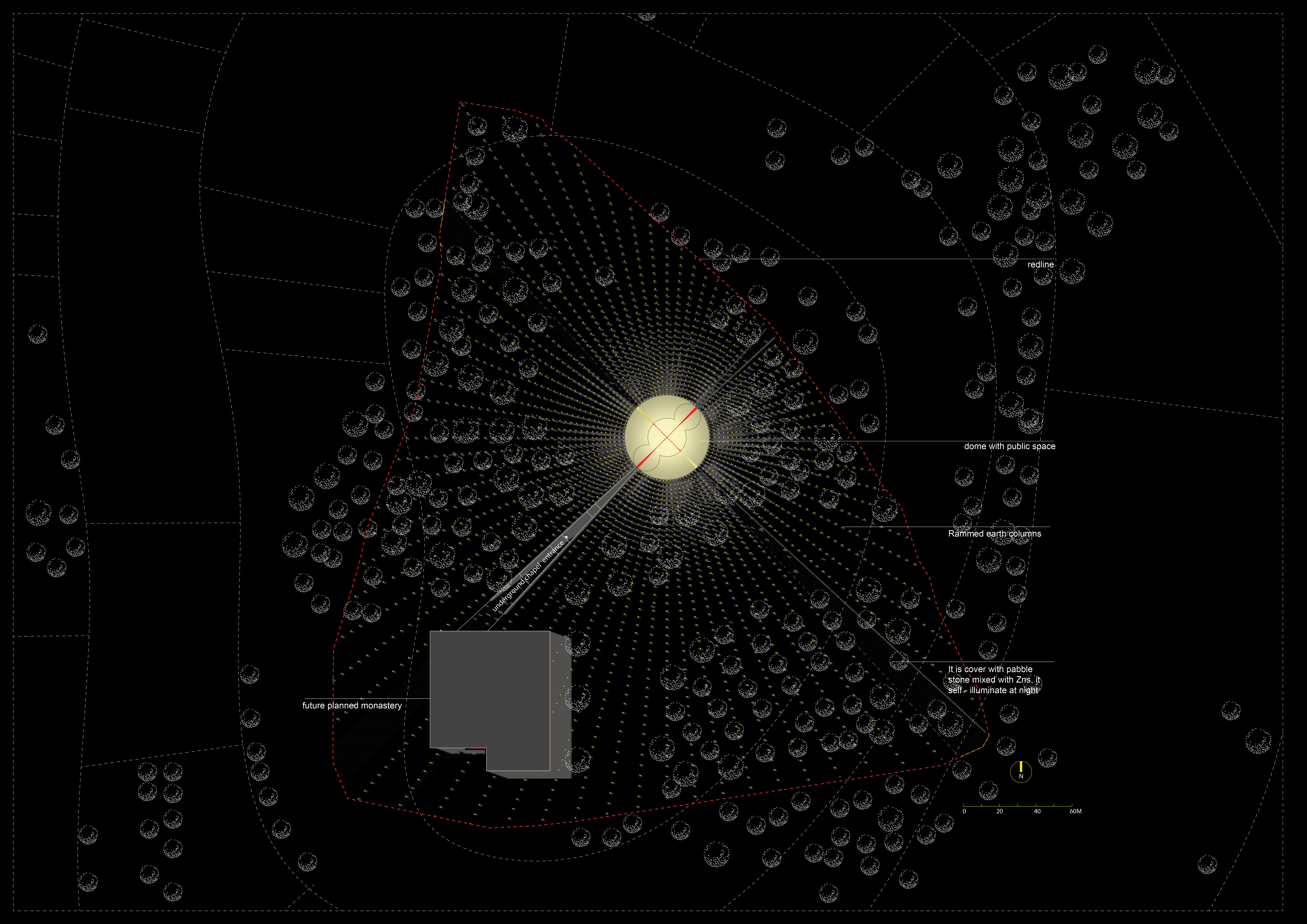 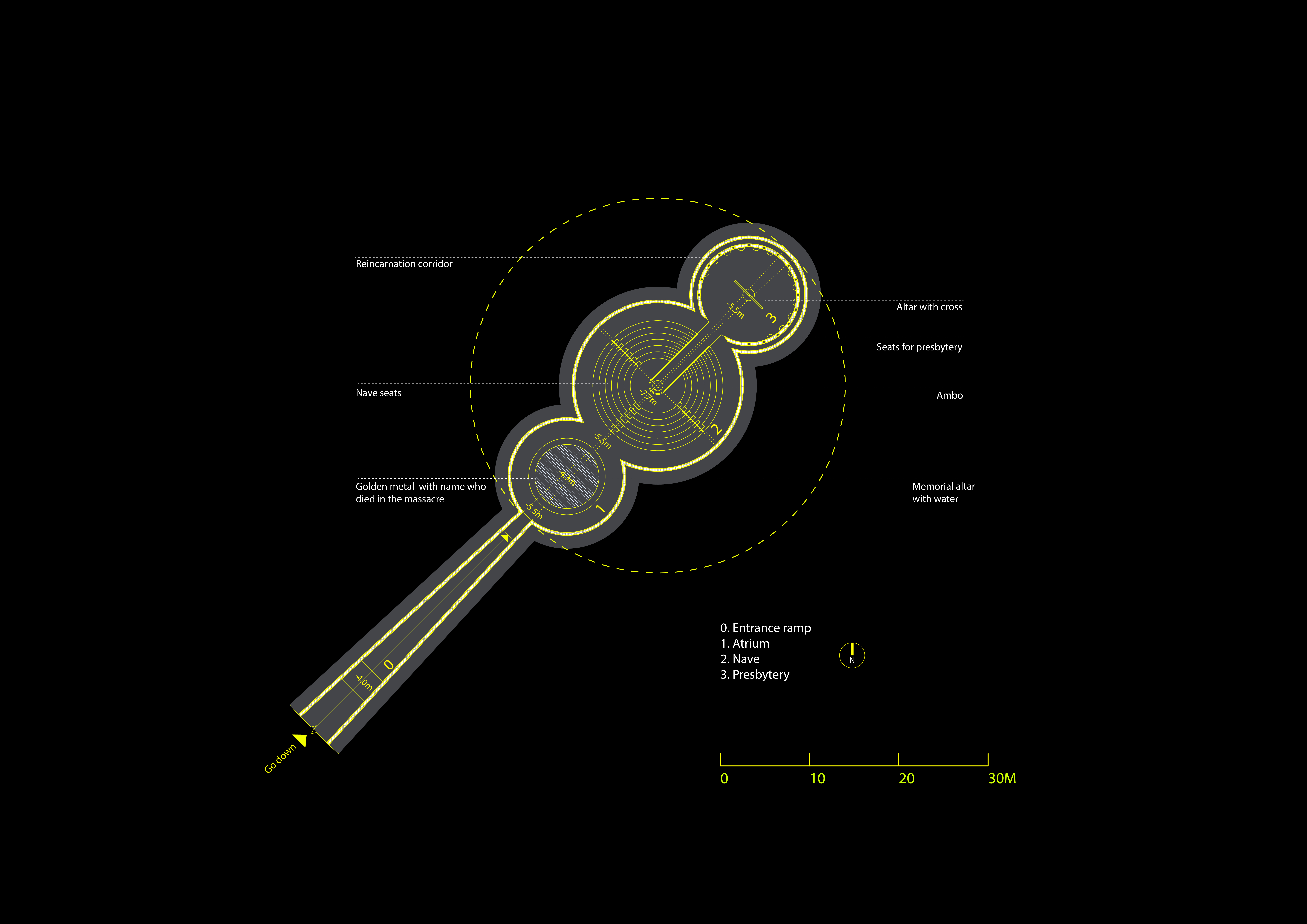 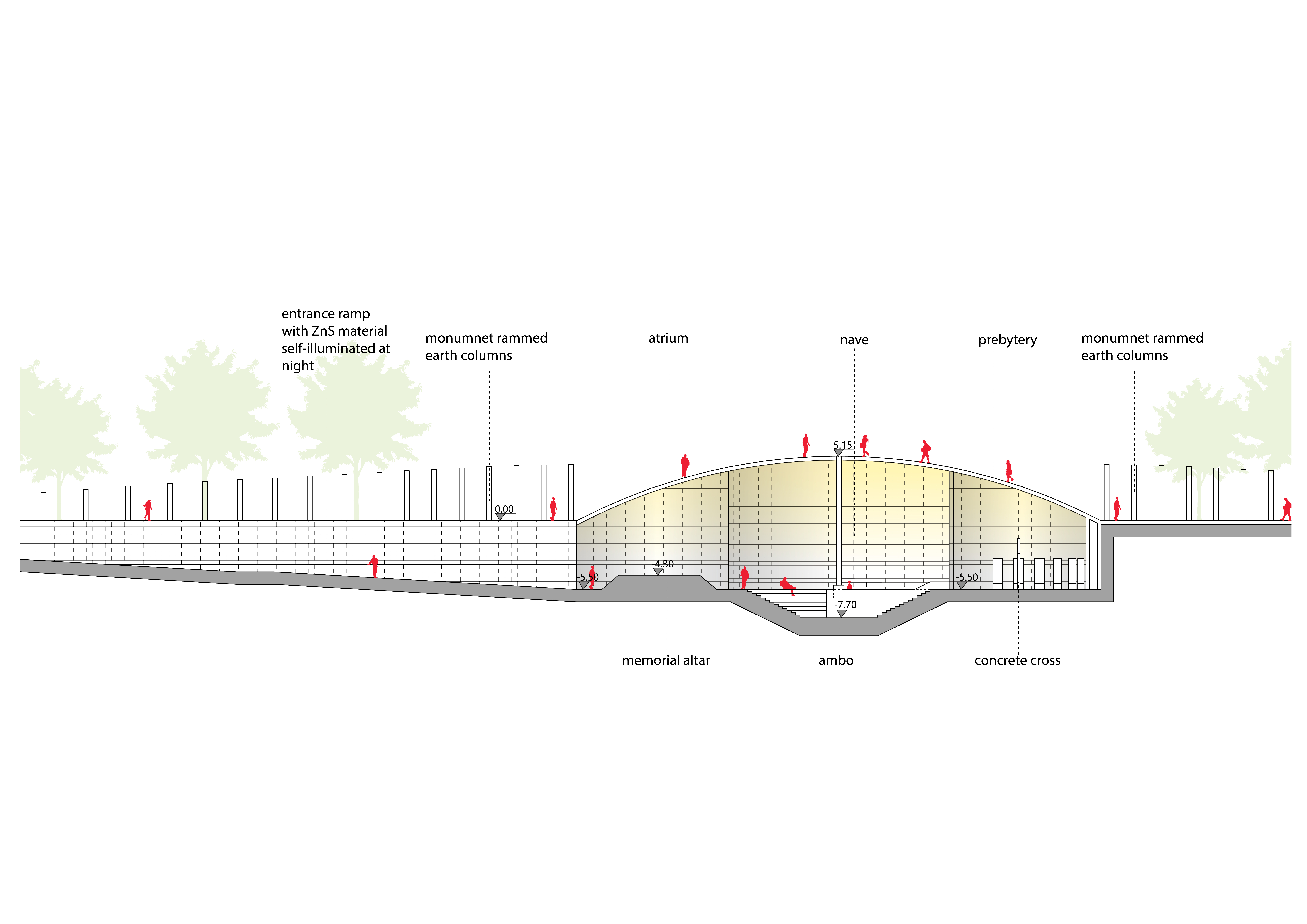 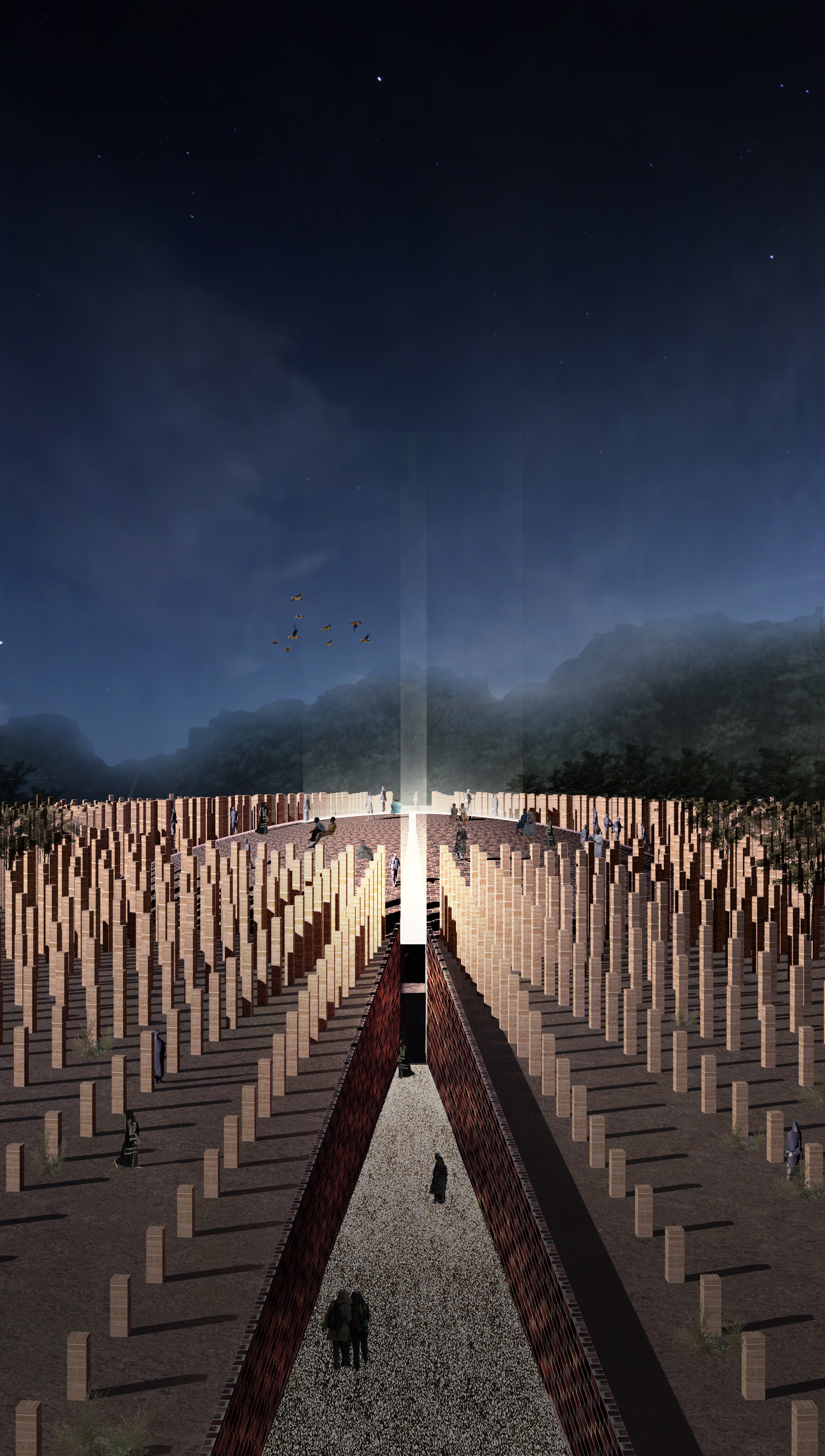 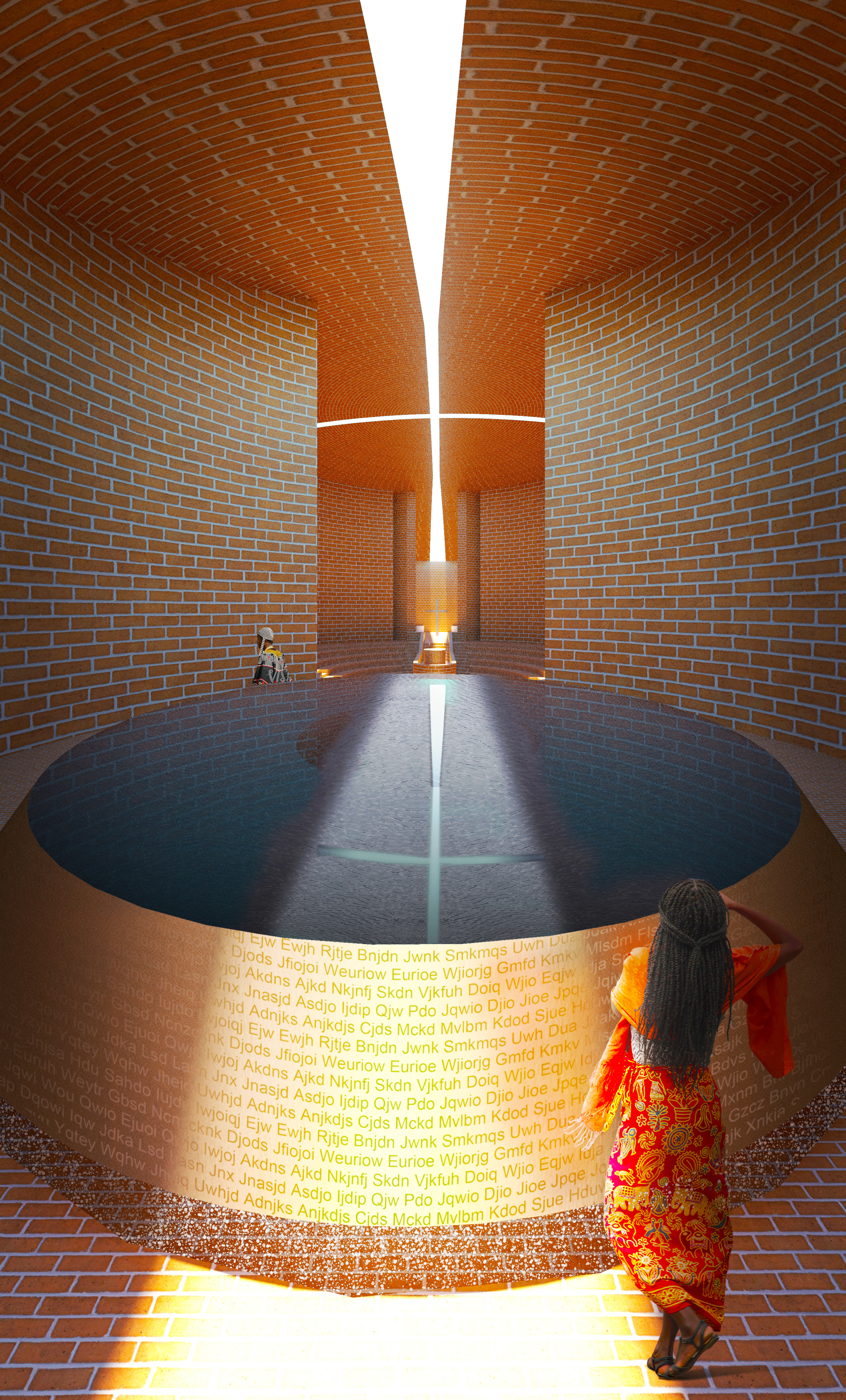 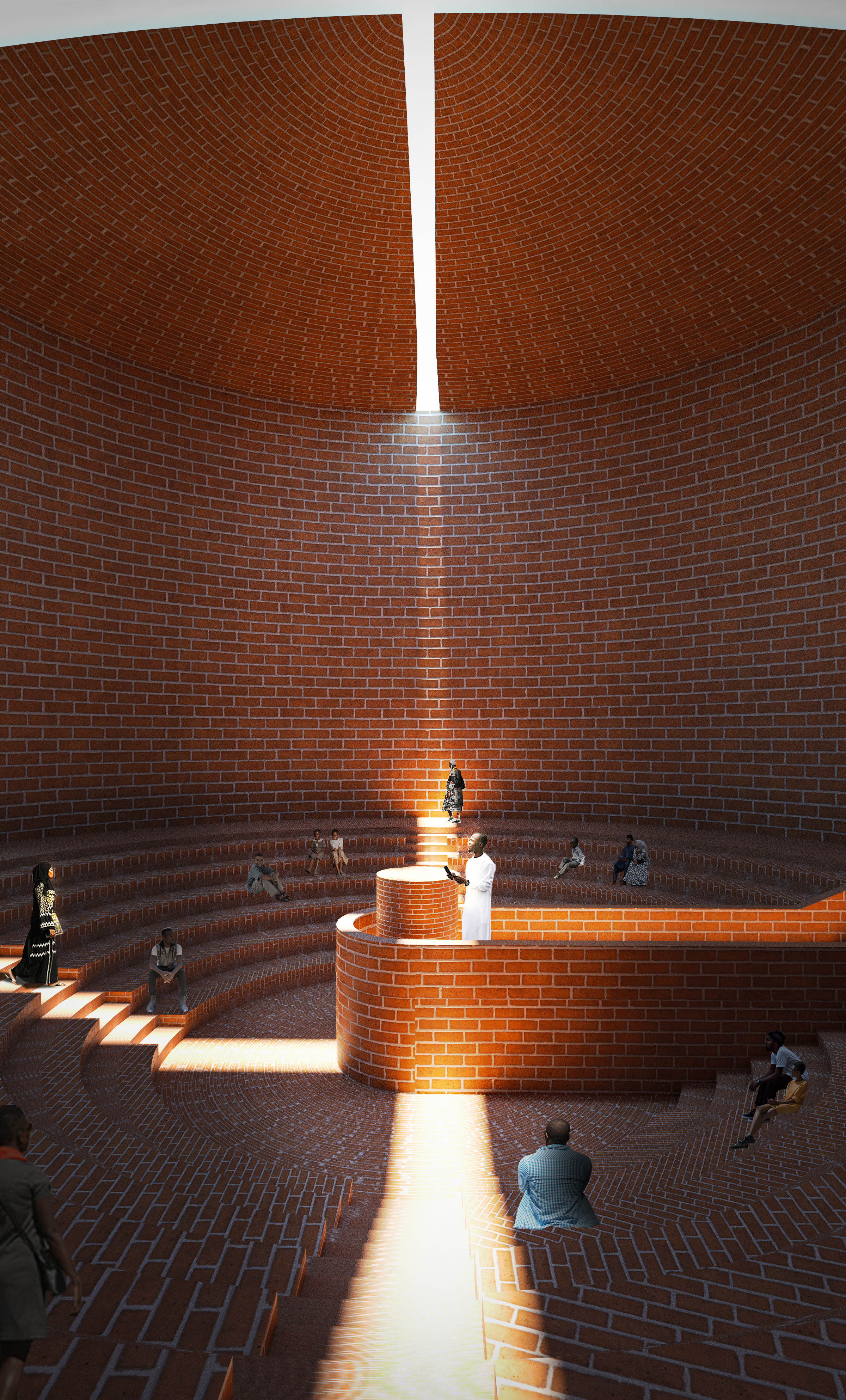 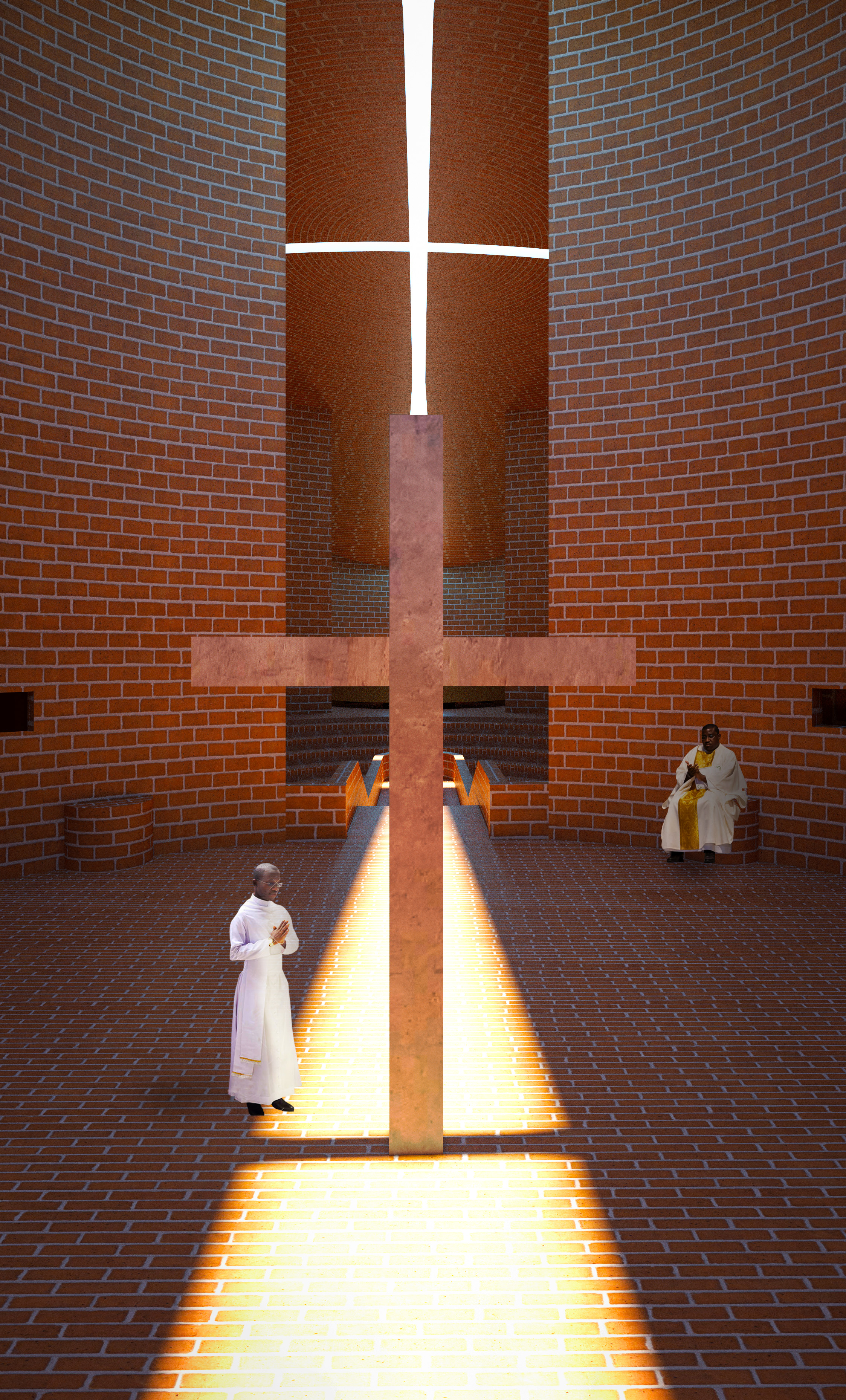