The BUND Invisible： “The Grand Shanghailand Project " exhibition is mainly divided into two parts: 2001 and 2021. Compared with 2001, the Grand Shanghailand Project 2021 is completed by a new generation of designers and artists. It consists of four parts: The Bund Waterfront Vitality Belt-The Bund Declaration, The Bund Avenue Public Square-Shanye Beach, Shanghai Bund Concert Hall, and The Bund Shuttle Machine.

Among them, "The Bund Manifesto" was created by JOA Studio. The following is a detailed introduction.

We are writing a book about

the Bund's Past, Present, and Future Urban Manifesto

a continuation of collective memory

a spiritual fortress of Loci

What we see and feel every day

not necessarily what we want to see, what we can perceive

We've ignored way too much

But these overlooked may be precisely what we long for

Each scene of the story resembles a magnifier of desire

Zoom in on every lost, unseen detail

This is precisely what we criticize

Meanwhile, what we long for

What kind of urban space are we experiencing now? Do we really perceive the history of the city, or does it only exist as a unilateral symbol? What will the form of urban space in the future look like? Whether the current urban elements can provide guidance for future cities or overturn the existing state and re-form a new urban paradigm. What are the invisible elements in the city, and how to define them? "The Bund Manifesto" proposes a research topic; the proof comes from the continuation of the historic Bund space, the criticism of the current urban space, and the hypothesis of the future urban space. The main body of research revolves around the relationship between people and urban space; that is, urbanization is essentially a process of space production and struggle for people. During its operation, it is subject to the triple constraints of politics, economy, and culture, and urban space becomes a gathering place for power struggles.

"Magic" comes from the novel-reading "Magic City" by the Japanese writer Muramatsu Shokaze, describing the unknown urban legends hidden in the corners of the city in Shanghai in the 1920s and 1930s. It was an autobiographical novel based on the experience of urban wanderers. The term "Magic City" has been used until now.

"There is no doubt that our age favors images over reality, photocopying over originals, representation over reality, appearance over existence. For this age, the sacred is only an illusion, and the mundane is the truth."

"In societies in which modern conditions of production predominate, the whole of social life appears as a vast accumulation of spectacles. Everything that has been directly experienced has left us and entered into an expression."

- "Society of the Spectacle" GuyDebord

Now that the spectacle society has replaced all cultures and has become the culture itself, it is better to let the expression of this unique cultural phenomenon be more violent.

For a long time, the concept of the Bund has been closely integrated with the historical building complex. By studying the identity background of each building, we try to use a formula to symbolize the Bund building complex and map it to the future space system. Various functional rides are embedded into this redefined base relationship.

An internal order is established in the Shanghai Paradise, where Bund coins are circulated, and pig submarines are operated. Everyday value standards are abandoned here, and all thoughts about power, desire, excitement, and mystery can find their destination. The Bund Manifesto reflects the missing, fractured, and unstable collective memory, mixed with the interpretation of urban legends, and the curtain of the story is pulled open scene by scene.

The data center handles all the data operations required by the Bund. The huge monitoring eye (this image echoes the original World War II monument) can see everything that happens in the Grand Shanghailand, all happiness, sadness, anger, desire, passion. Being watched, likewise, every moment of breaking the rules is recorded.

Gay people should get more power and respect, and gay bars are nothing new, but they haven't been put on the table. In addition, we will see the super-long bar in the space that disappears in the opposite Bund No. 2, extending downward along the triangular atrium.

The Shark Restaurant is mysterious; it inspires curiosity about other life on earth; thesefantastic creatures always have a different kind of attraction. There are rumors that a new shark appears in the shark restaurant every day, and no one knows what the sharks eat every day.

What is our belief, worship of God? No, idols are gods; fans have to pay for their idols, give birth to monkeys, and start wars online. People who are crazy about idols may be crazierthan believers of God. They need a church; as long as they are religious enough, idols will appear in front of you with brilliance.

The diary bookstore is hidden behind an ordinary bookstore. Sell ​​some exciting books. Everyone must have the opportunity to write their own stories and secrets here. These stories are read, viewed, and disseminated by different people.

The Grand Shanghailand should have a set of independently operating currencies. Any rides, transportation, and food are traded in “Bundee” currency, a bit like the usual game currency. The Bundle currency can be circulated in the market and can be traded with any other currency and virtual property. The Bundee needs a bank.

Unlike in the 20th century, not many people can afford to own horses today, but many people have their own dogs, and a dog racing track allows dog lovers to show off their dogs. The dog run also holds regular competitions and organizes some races to earn a little money.

All paintings and works of art are reduced to a small QR code. All viewers in the gallery will enjoy the artworks through their own mobile devices or VR. This space hopes to arouse the interaction and reflection of the viewers on the virtual world and the real world.

Not everyone is satisfied with the reality of Lujiazui, but all attempts to change are empty talk. In the Pudong Game room, everyone can build their ideal Pudong. Either more serene or more flamboyant. Players can control the robotic arm and build a physical model of New Pudong.

Diving? Bungee jumping? You can also play a little more exciting. The Cannon Diving system wraps the player in an inflatable sphere and launches the "ponggg" into the Huangpu River.

Brushing the anchor on the mobile phone makes people feel aesthetically tired and dull. Everyone needs to see a live broadcaster. The anchor can rent a cubicle in heaven as a studio. Through the lens of the gate, players can sit in front of the entrance and watch the live broadcast, and they can also reward the anchor with Bund coins.

The Billboard Hotel is a paradise for sex workers to promote themselves and attract business. The two billboard-like blocks slowly rotate in opposite directions, attracting people around for their desires.

In the future, advanced technology will meet the ever-increasing entertainment needs of human beings. When theMagnetic Theater is full of audiences, it will sink to the ground and hide. With the stage in the center as the axis, the entire theater will slowly rotate to simulate the state of weightlessness in a vacuum.

Old-fashioned people and dogs are not allowed to enter. This kind of hot entry appears again at the park entrance. The derivative concept of consumerism divides people by class. Those dressed in "fashion,” with enough self-confidence as the "emperor in new clothes,” can enter the garden walk to show themselves. Behind the single-sided polarized glass, all eyes are on, watching those "confident trendsetters" together.

Coffee Clubhopes to bring fresher excitement to customers, just as coffee was introduced from the West to the East. The space hidden below the ground does not sell coffee but mushrooms from all over the world. I don’t know if it is exciting or not. Anyway, you can try it if you are curious.

ThePig Terminal ships have floating pigs moored in honor of those erased souls. Each floating pig is a submarine that can dive to the bottom of the Huangpu River carry passengers to floating forests, mysterious islands, and any mooring area. It is the only designated means of transportation in Shanghailand.

Is beauty justice? Mask Dating Club opposes beauty justice. The exchanges between the two parties can be more sincere and profound. People can't look at their appearance, and a great and exciting soul should not be stifled by appearance.

The Secret Island floats in the Huangpu River, and it seems out of place to be isolated from everything around it. It was a hospital buried deep beneath the surface of the water. People will always go crazy or over-indulge in the Grand Shanghailand. They need cleansing, they need rest, they need healing.

There is no forest in the city, and there is only green space. For urbanites, the forest means to escape and isolation. The floating forest floats on the Huangpu River, far away from the Bund, and needs to be reached by floating pigs. People danced in the forest, lit bonfires under the watchful eye of Lujiazui, and sang freely. 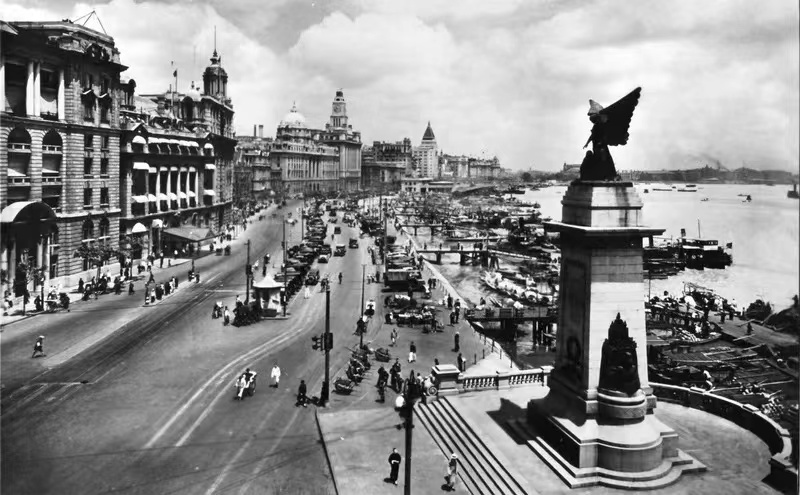 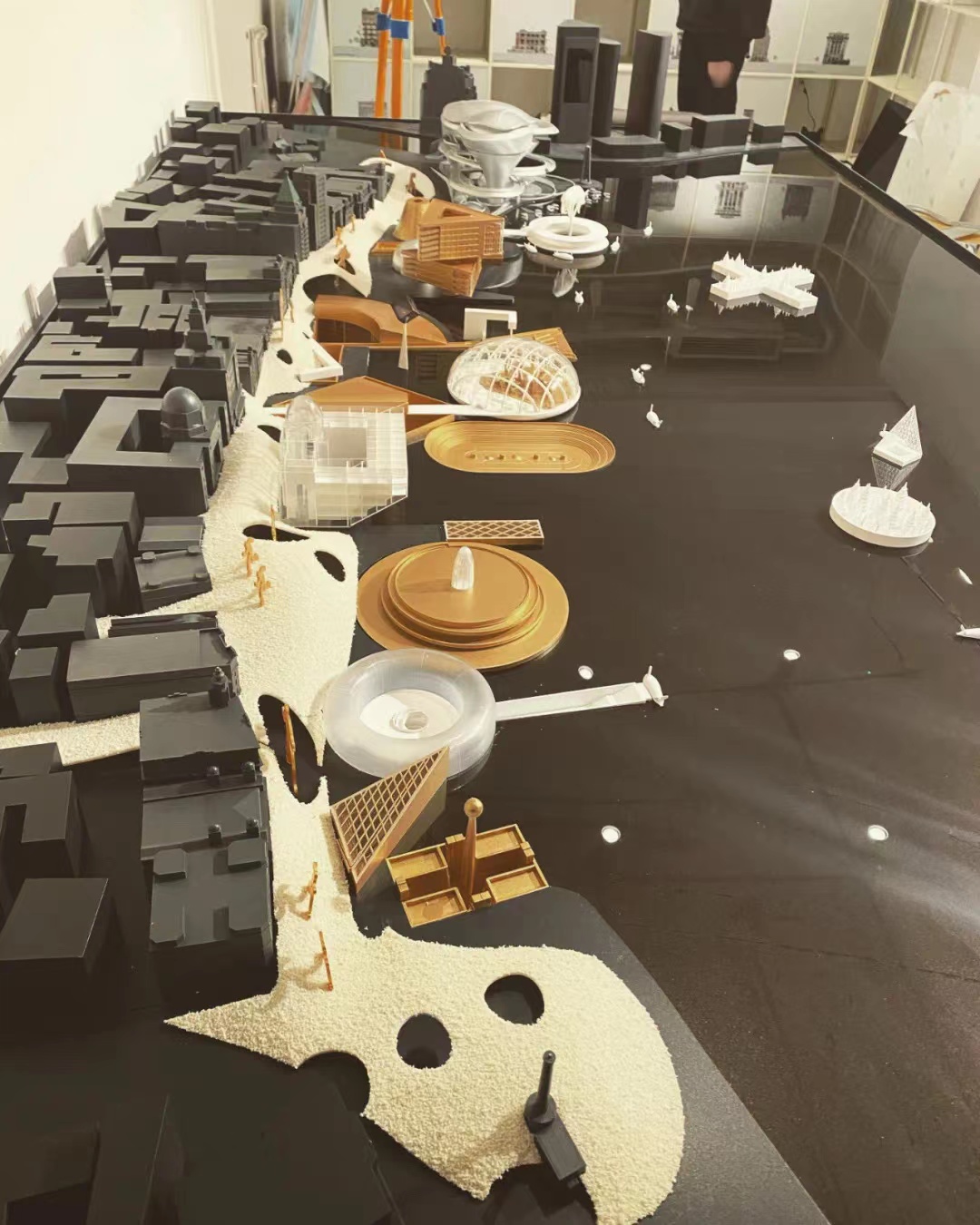 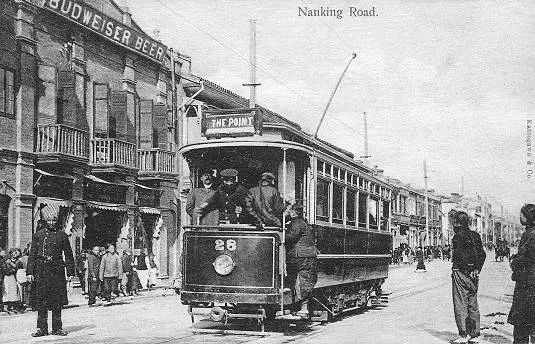 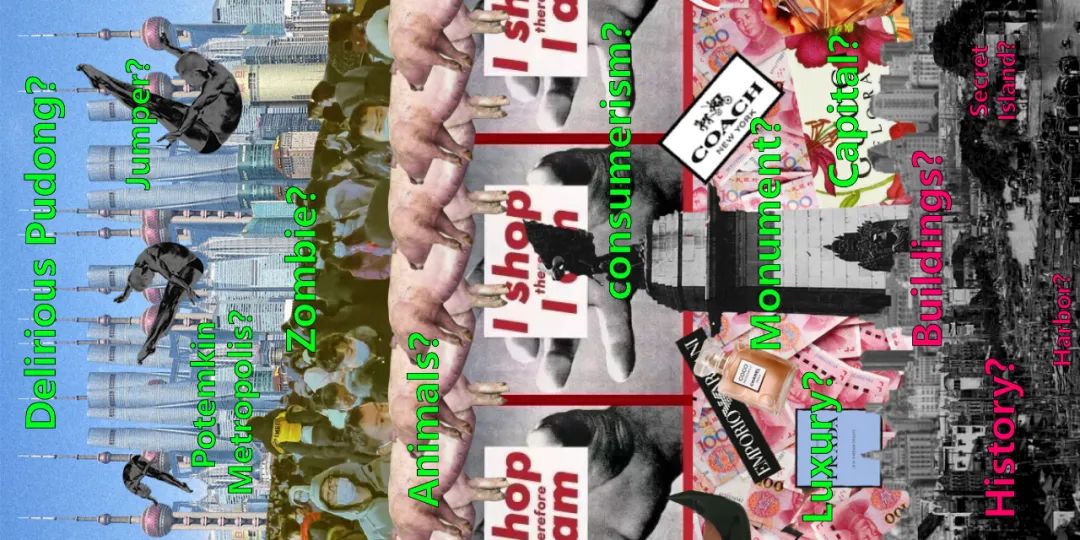 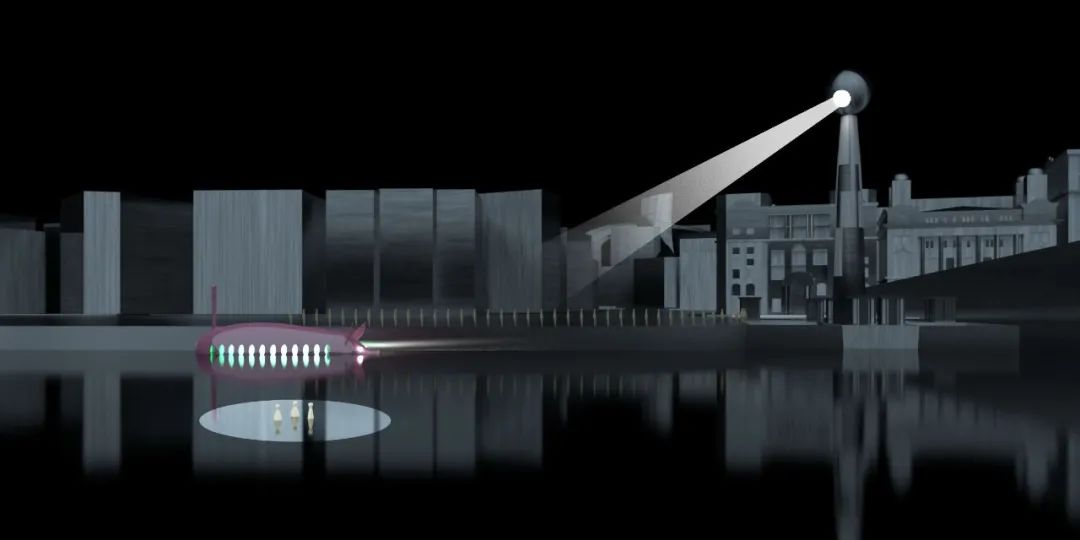 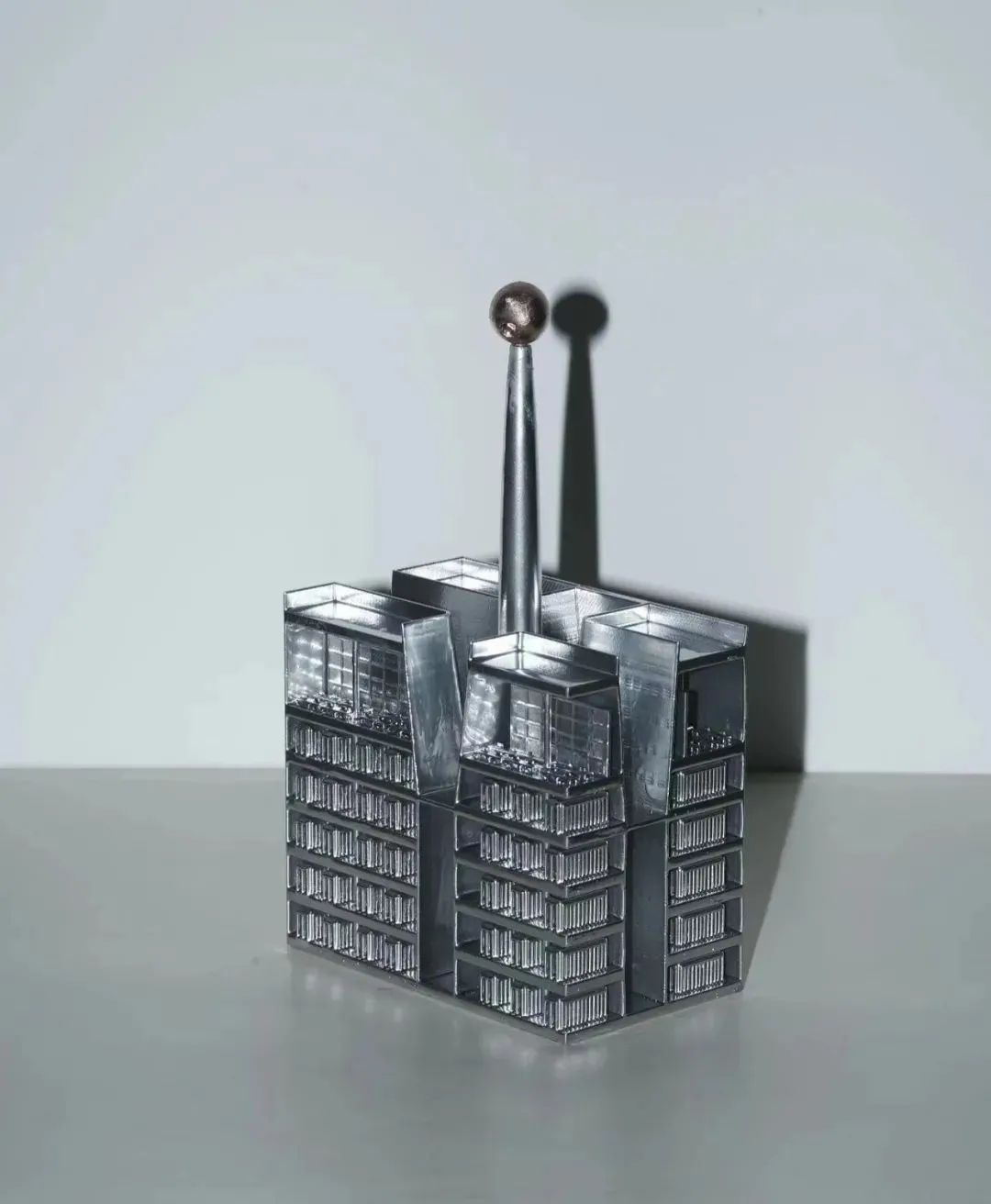 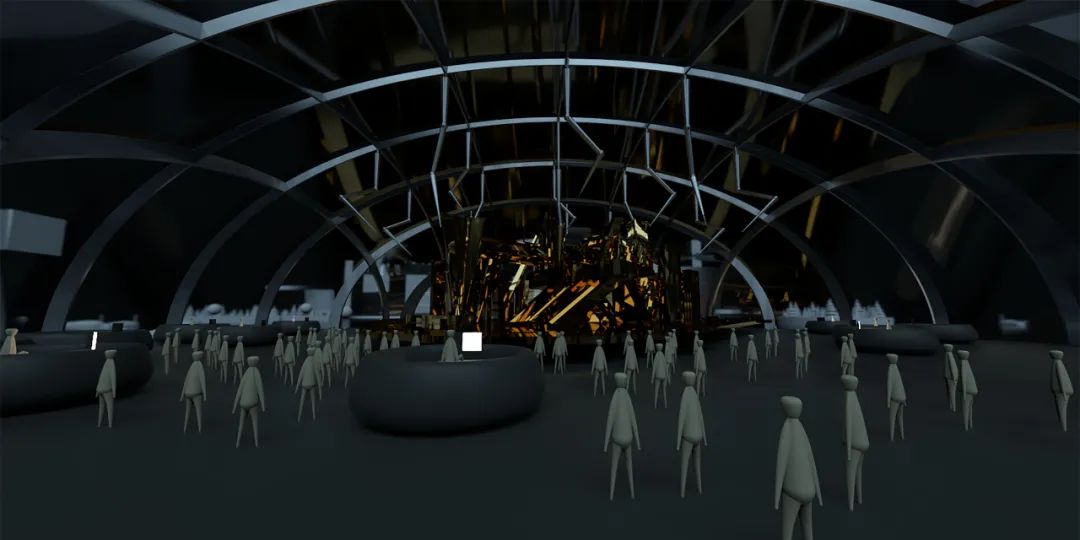 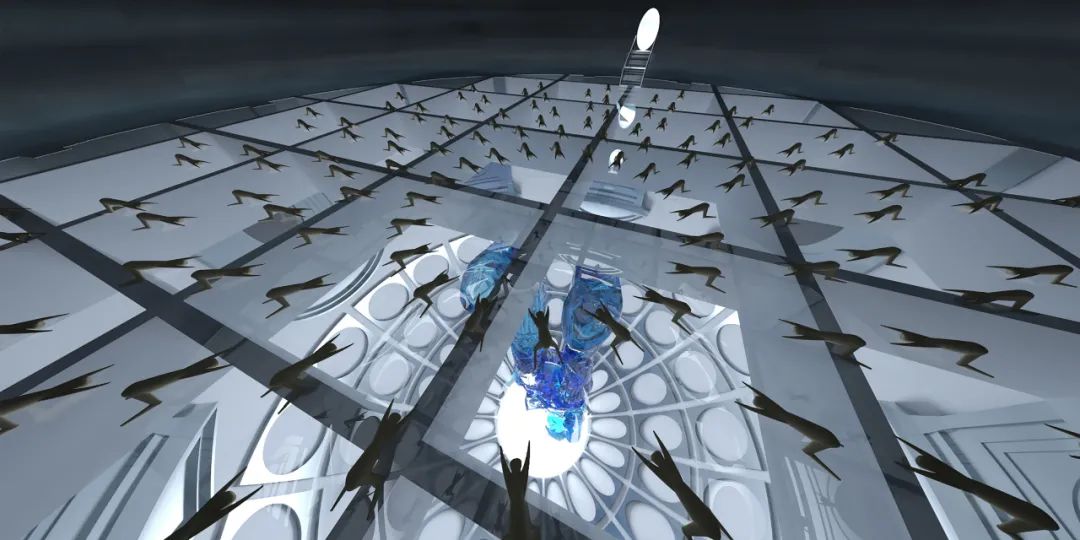 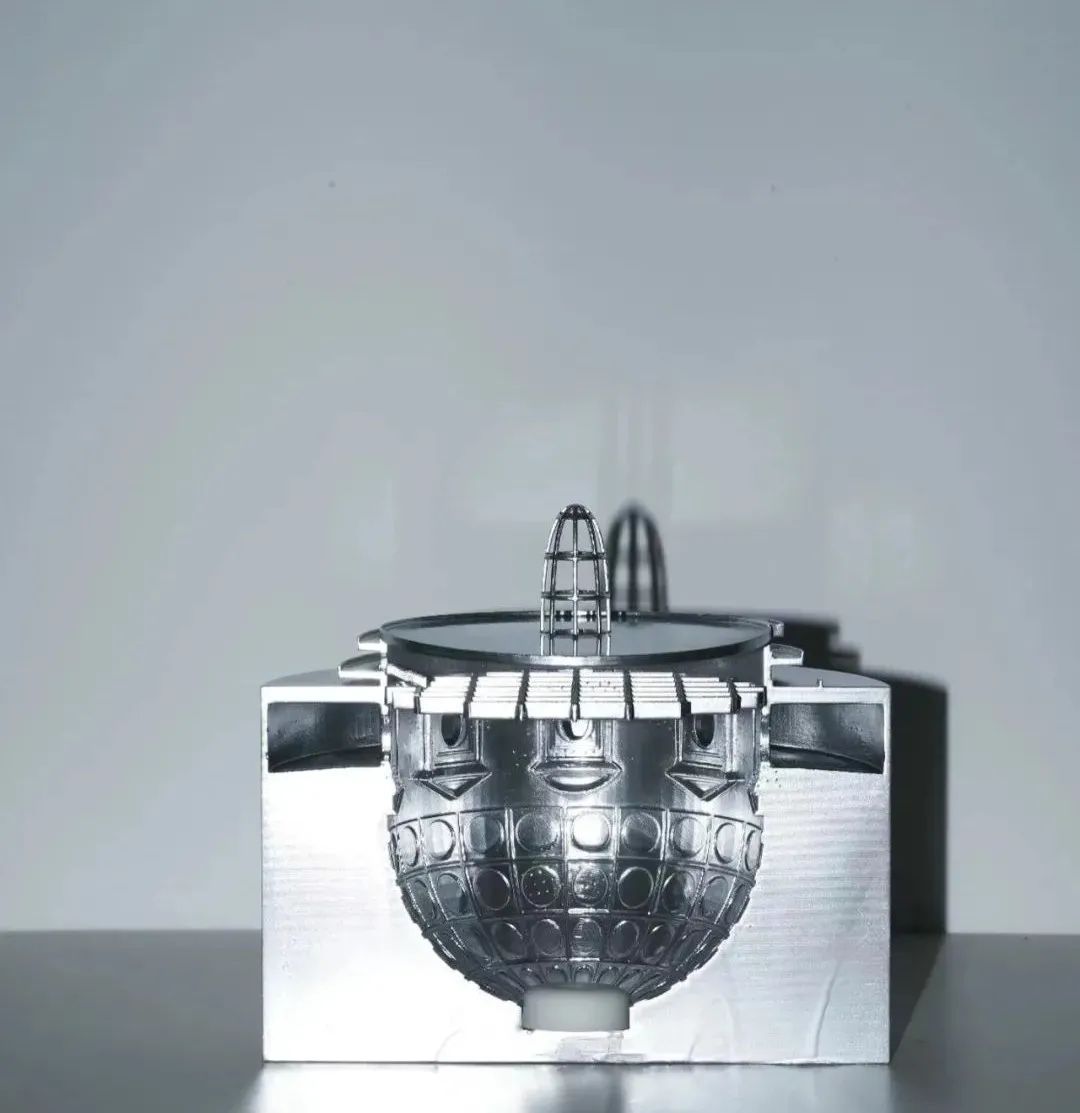