The new Cheongju Cityhall is not the grand utopia of political version of “total planning” , but it is the future collage of citizen participation and observation. It accommodates the whole range of utopias in miniature. It should project the requirement of everybody.The “City Projection” reflects the value of the past, the present, and the future.

A1.The new footprint: the current footprint of existing buildings are part of the memory of urban fabric, which create harmony atmosphere in scale fitting for the large urban context. The new foot print is not only the replica of status quo, but also is to read as new representation, which is given to urban context with new social interaction. The interaction includes open outdoor theatre, sculpture art garden, basketball field, skateboard sphere, and etc. The Scenario is given back to public and it will be redefined by the public.

A2.The old Cheongju Cityhall: It become the  node of new meeting place, between civil servants and the local citizens. It keep the four sides of facade, but is infilled by an open large meeting hall (460m2) with four floors height. At top, we set up a coffee lounge for both civil servants and citizens.

B. Projection of Urban Life:

B3. Diversity: As the Richard Sennett mentioned, “the city is the place where the strange meet”. The urban Life should be inclusive with friends and strangers. “By the 18th Century, when people spoke of the world as a theatre , they began to imagine a new audience for their posturing - each other, the divine anguish giving way to the sense of an audience willing to enjoy, if somewhat cynically, the playacting and pretences of everyday life.” The city is the stage, and the citizen is the actor. The positive urban space is packed with spontaneous urban activities and they are intertwined as a holistic form. The diversity shows the expression of the city. It is not only an entire activities park, but also need be performance from individuality. The  platform with 28,459 m2 is all activated and finally it will become the source of urban vitality.

C4.Citizenship: A citizen is a member of a political community who enjoys the rights and assumes the duties of membership. The citizenship is also reflection on the level of participation among the citizen. the platform is not only the place to behaviour, but also the place to participate. The place accommodate the requirement of events, organised and controlled by the authority, but it is operating together. In the meanwhile, the voice of the citizen could be heard loudly, but it is also supervised by the authority. The diversity place of enclave is much more defined by the requirement of local citizen. It is the adaptable place instead of the fixed emptiness. The interior of meeting room, it also organised by different classes or parties, aiming to approach the issue from different directions. The old city hall what we keep could be observed as the intersection between authority and citizenship.

D5. 100% Public: It is the 28,459m2 public platform which arranged by citizen. The public life has become a matter of formal obligation. Most citizens approach their dealings with the state in a spirit of resigned acquiescence, but this public enervation is in its scope much broader than political affairs.

D6.Connection: in the micro-scope of the urban context, it is multi-connected with context, the accessibility is reflection on the different direction road from surrounding. The roof top is also the platform to be public, open for 24 hours events, and absorbing the people flowing from multi-direction.In the meanwhile, it also setup by a diagonal strip, connecting with the north and the south of the site and penetrating the existing city hall, where also open for public meeting space.

E7.Urban Agglomeration: the society is living with people who differ-racially, ethnically, religiously, or economically-is the most urgent challenge facing civil society today. The new platform is the agglomeration.

E8.Site Agglomeration: The integrated Cheongju City, working as a whole, need to present the smooth working cooperation and efficient communication, The first integration is to condense the 9,220m2 work place into a tower, combing with 4,700m2 affiliated space for the city hall. Its composition reflects the most efficient working flow, connecting with 6 fast lifts and integrated staircases, in order to achieve the most efficient working mode in-between the different bureaus. The openness in the tower accommodates the 4,700m2 affiliated space and common use space. It includes resting space, Gym, computer room, document library and etc, exploding to the ground floor public, and even further urban context.

F9. Intellectual Society: As the intellectual society, the idea is the public resource need to be shared. For the educated person of a society, participating in the public sphere—the political affairs of the city state—is a civic responsibility. According to the adjacent urban context, there has a lot education facilities, such as Chejongju university, Cheongju Sangdang municipal library, Chungbuk Career education institute and etc. The platform has be knowledgable place for students to attend, according to different education events and social public lecture or presentation. In the meanwhile, when the decision-making by the authority, the advanced knowledge platform become the “City Think Tank” organised by the specialist from the university, government, and local representation. 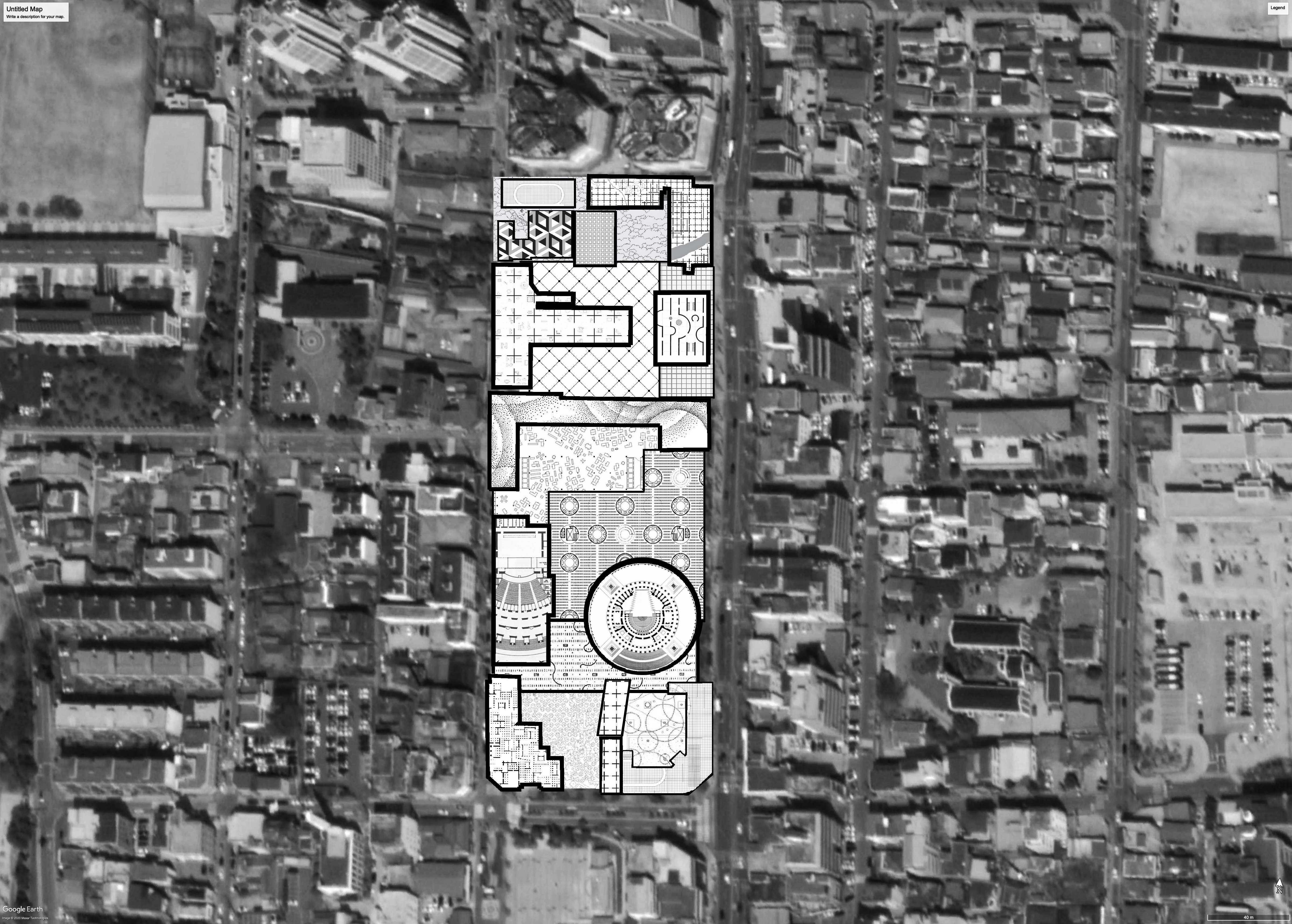 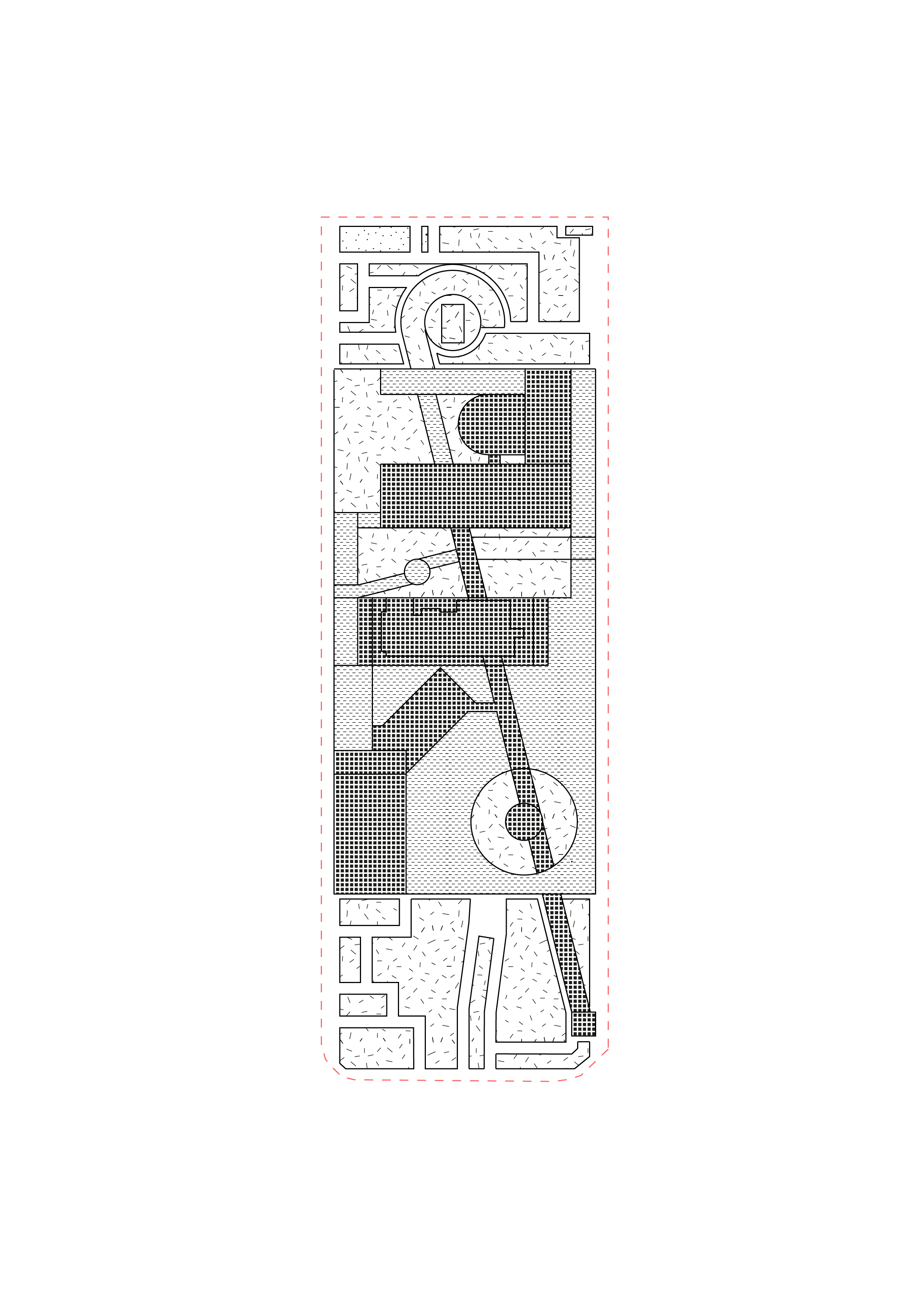 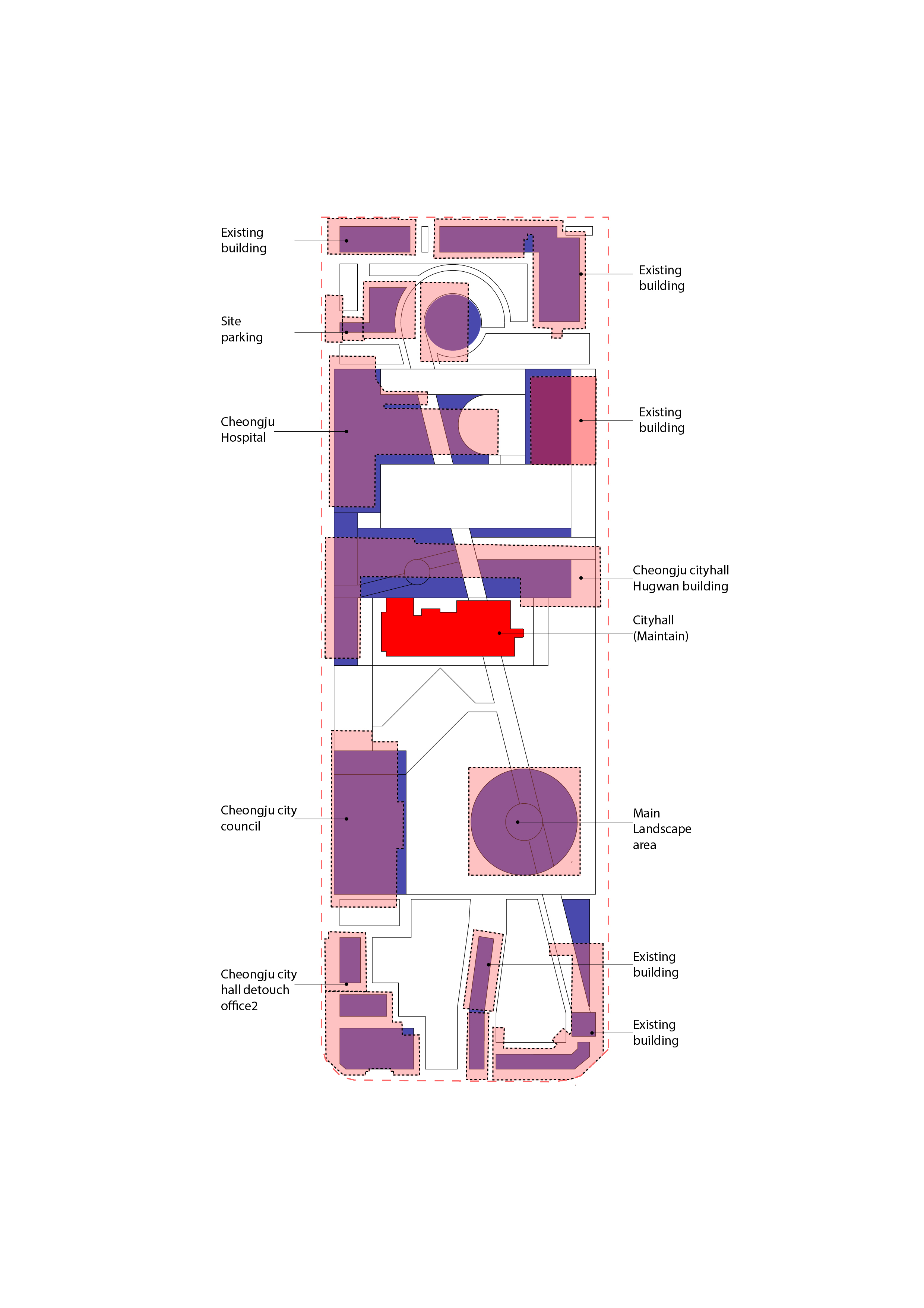 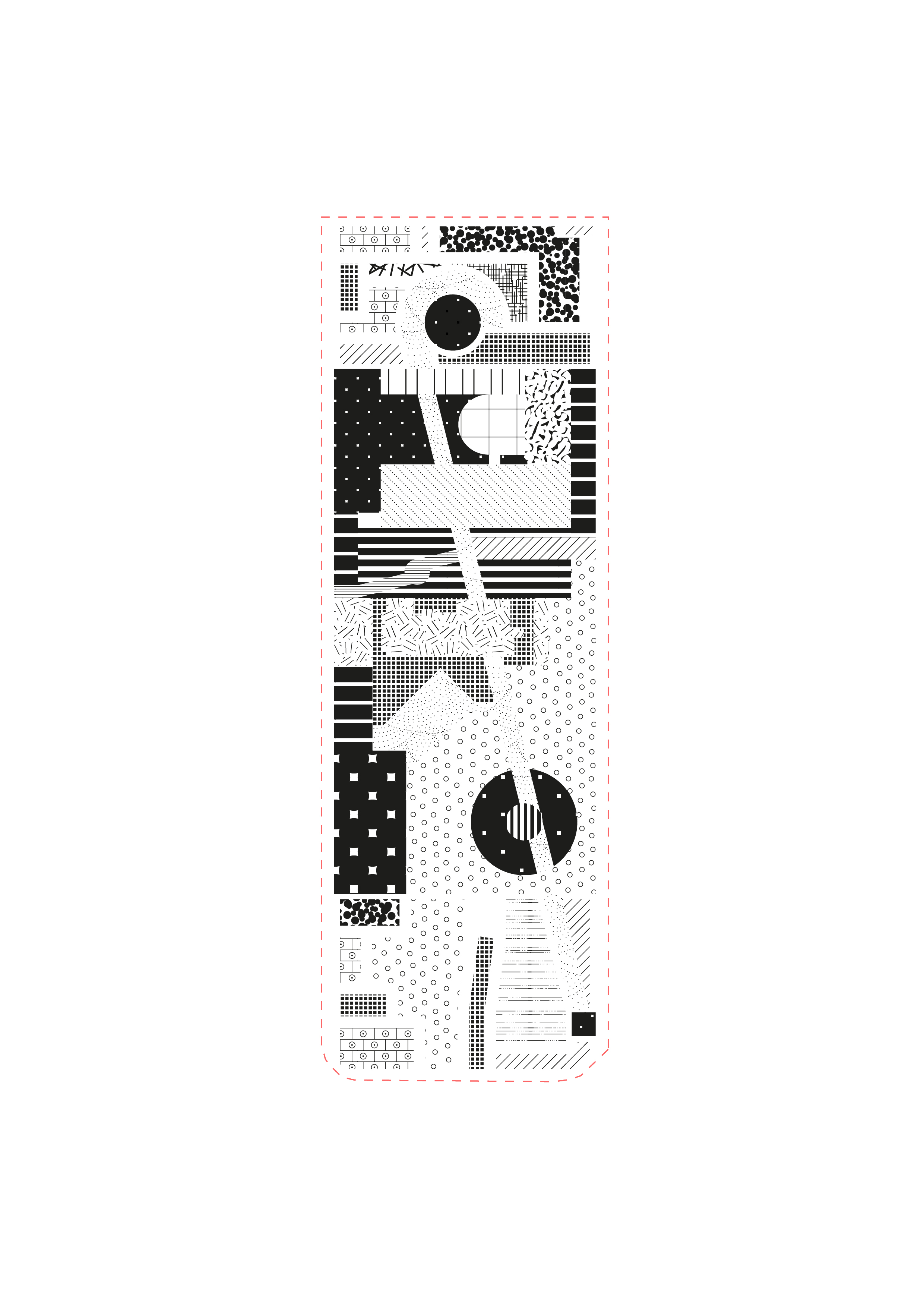 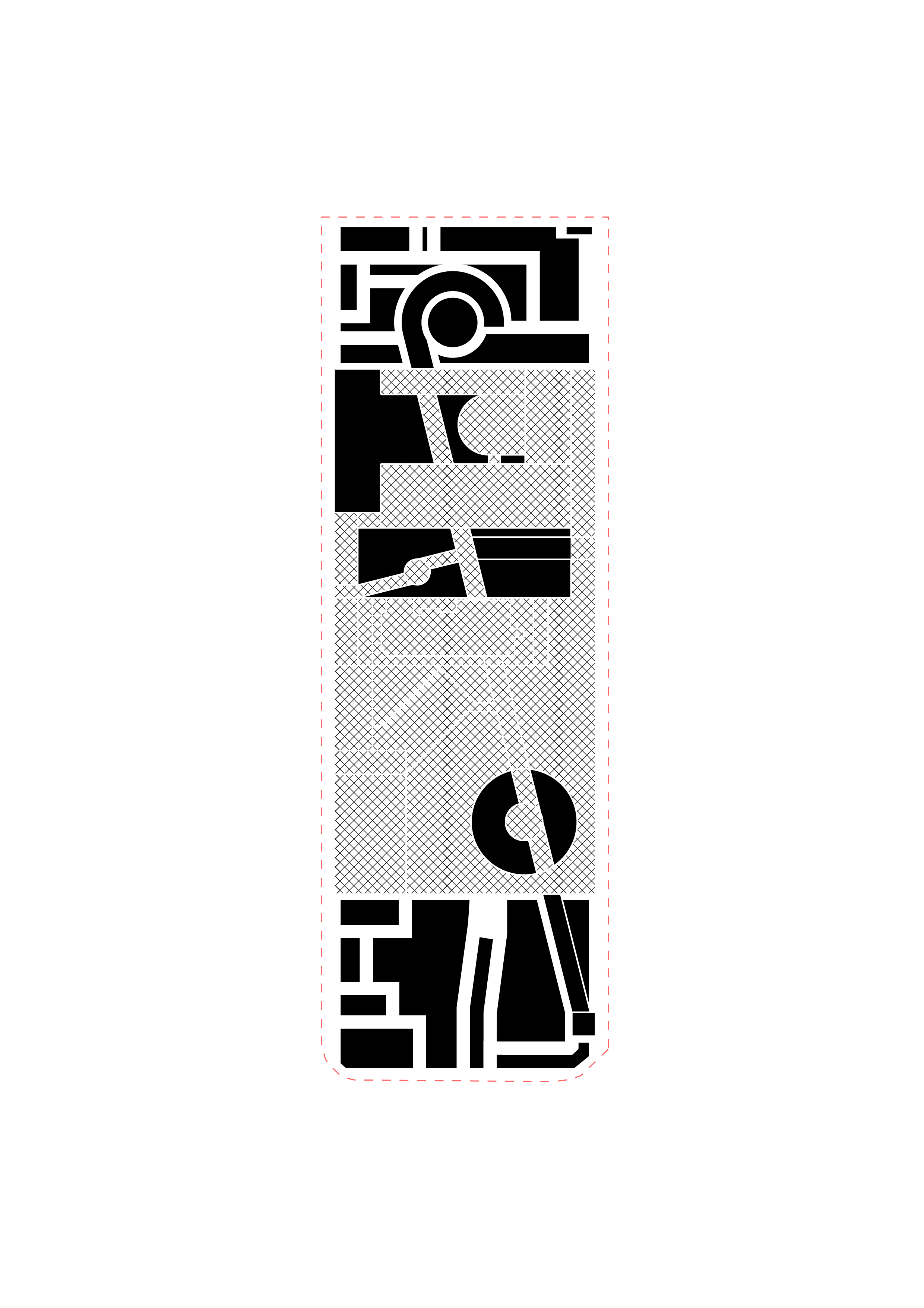 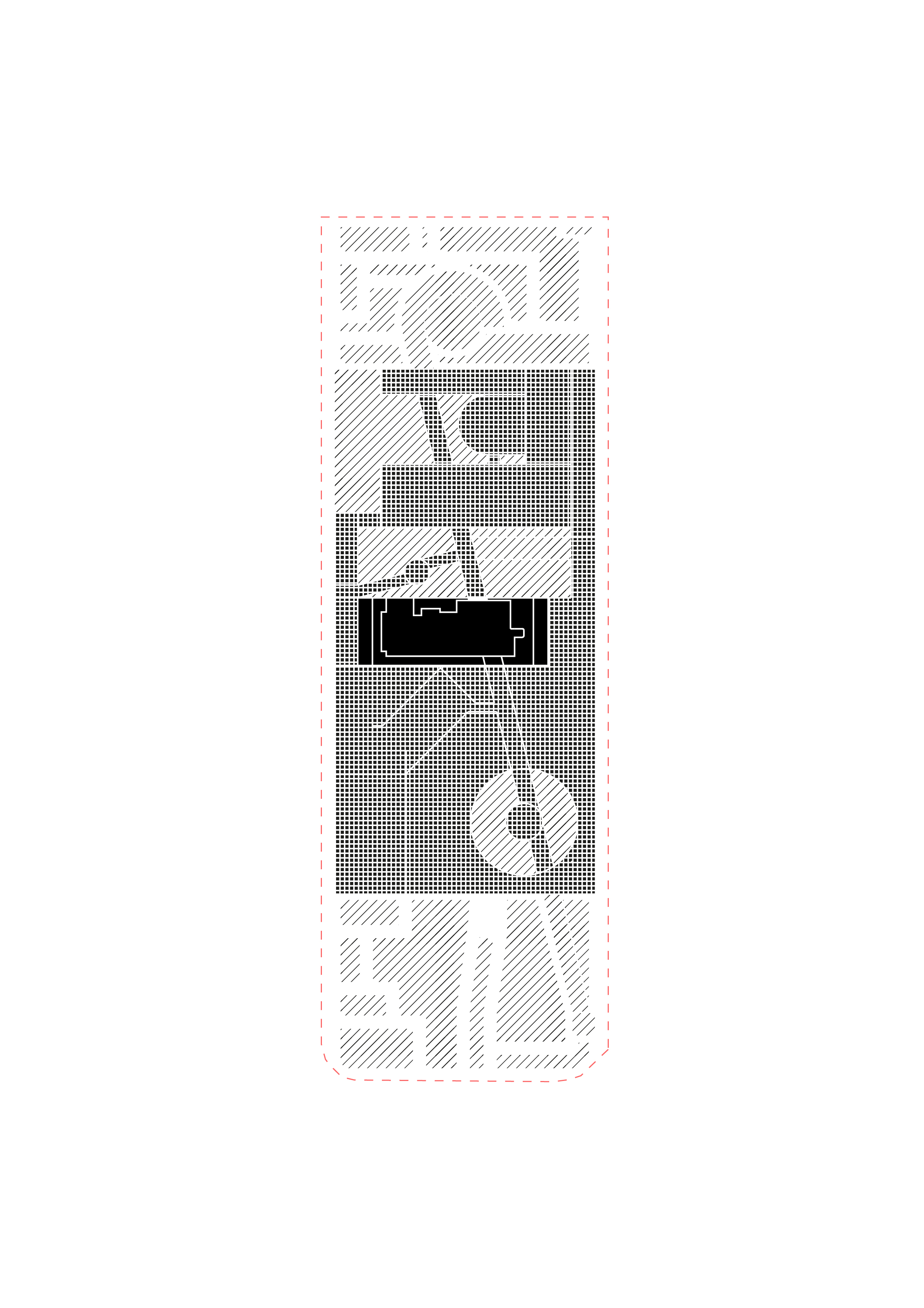 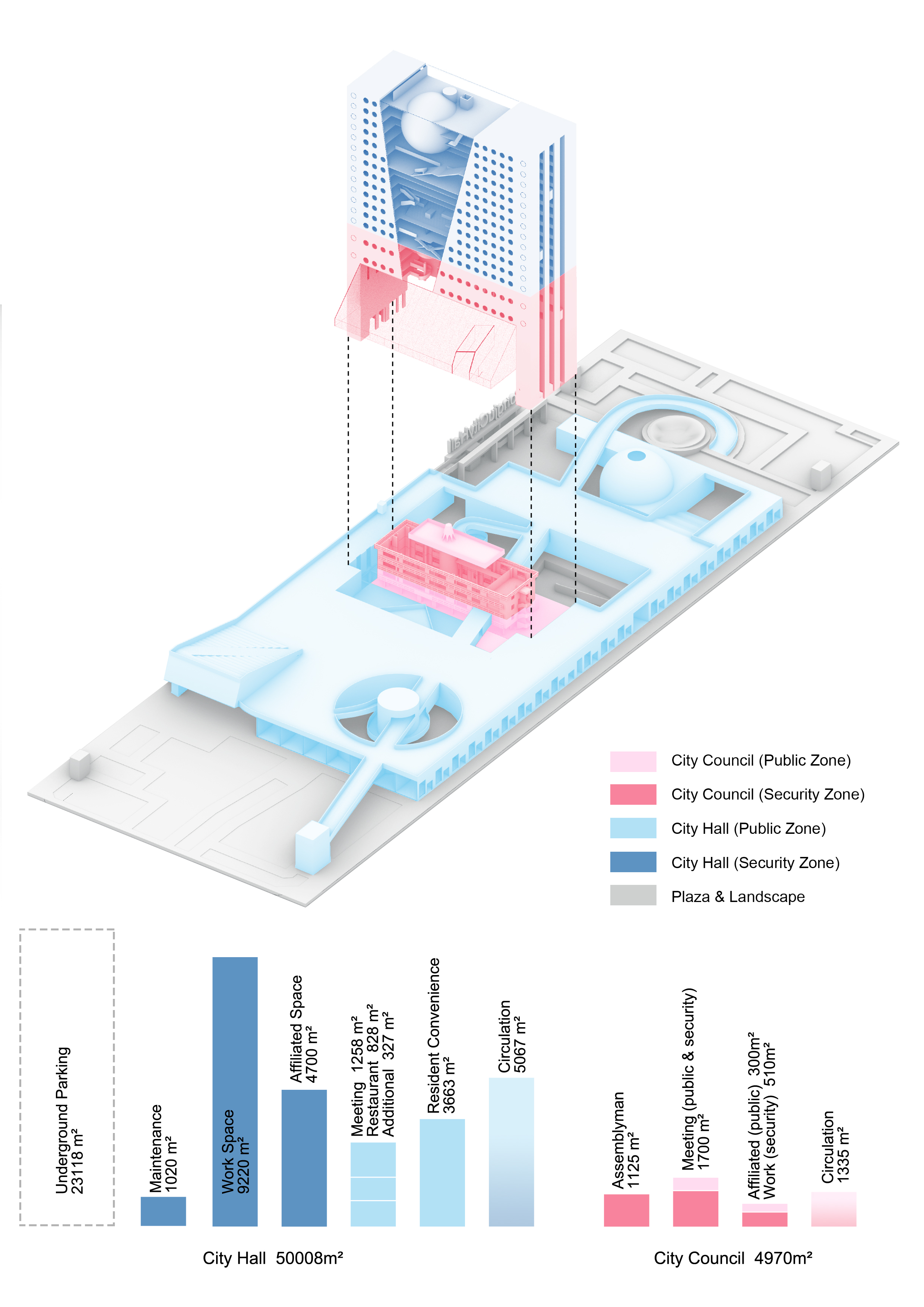 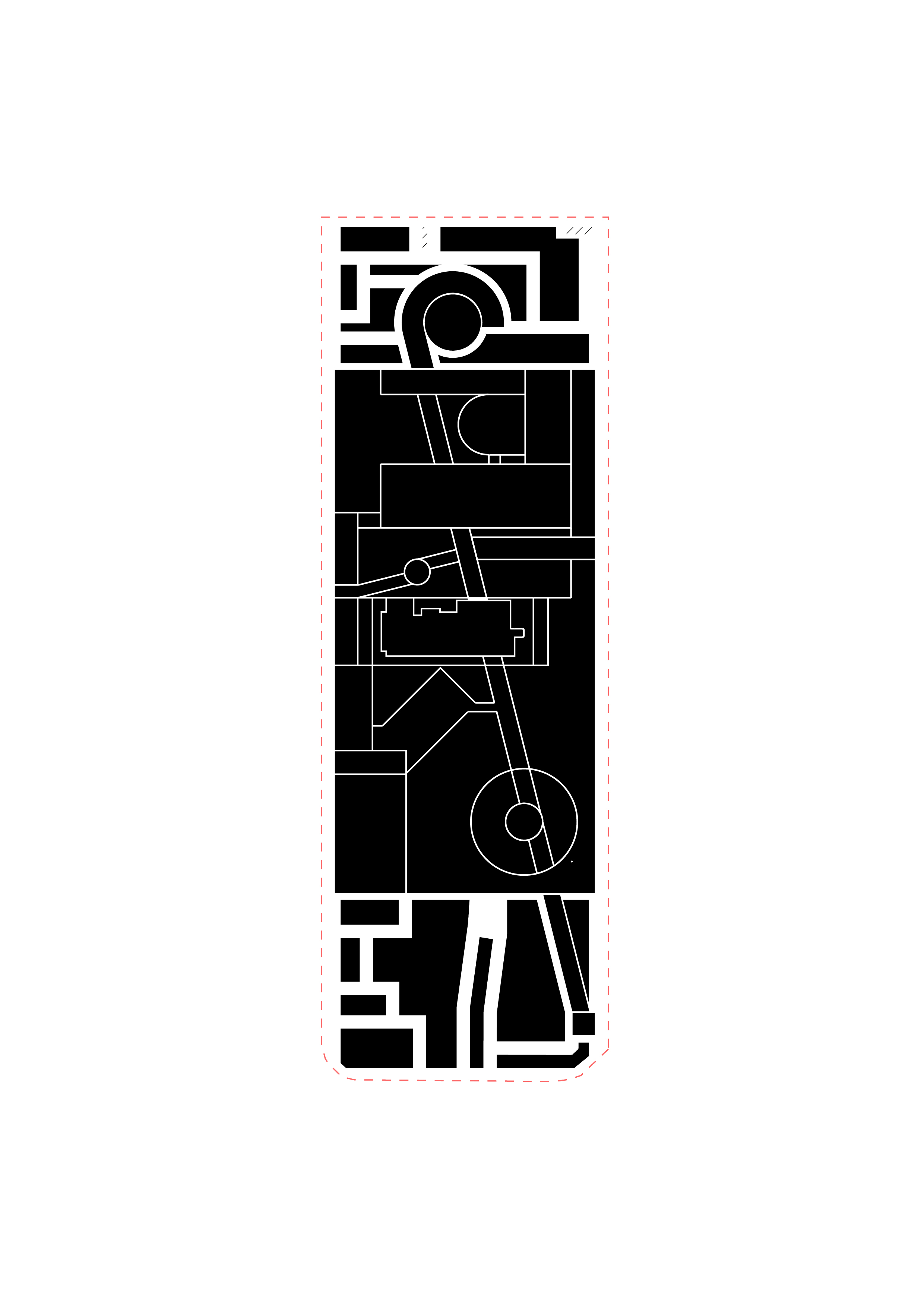 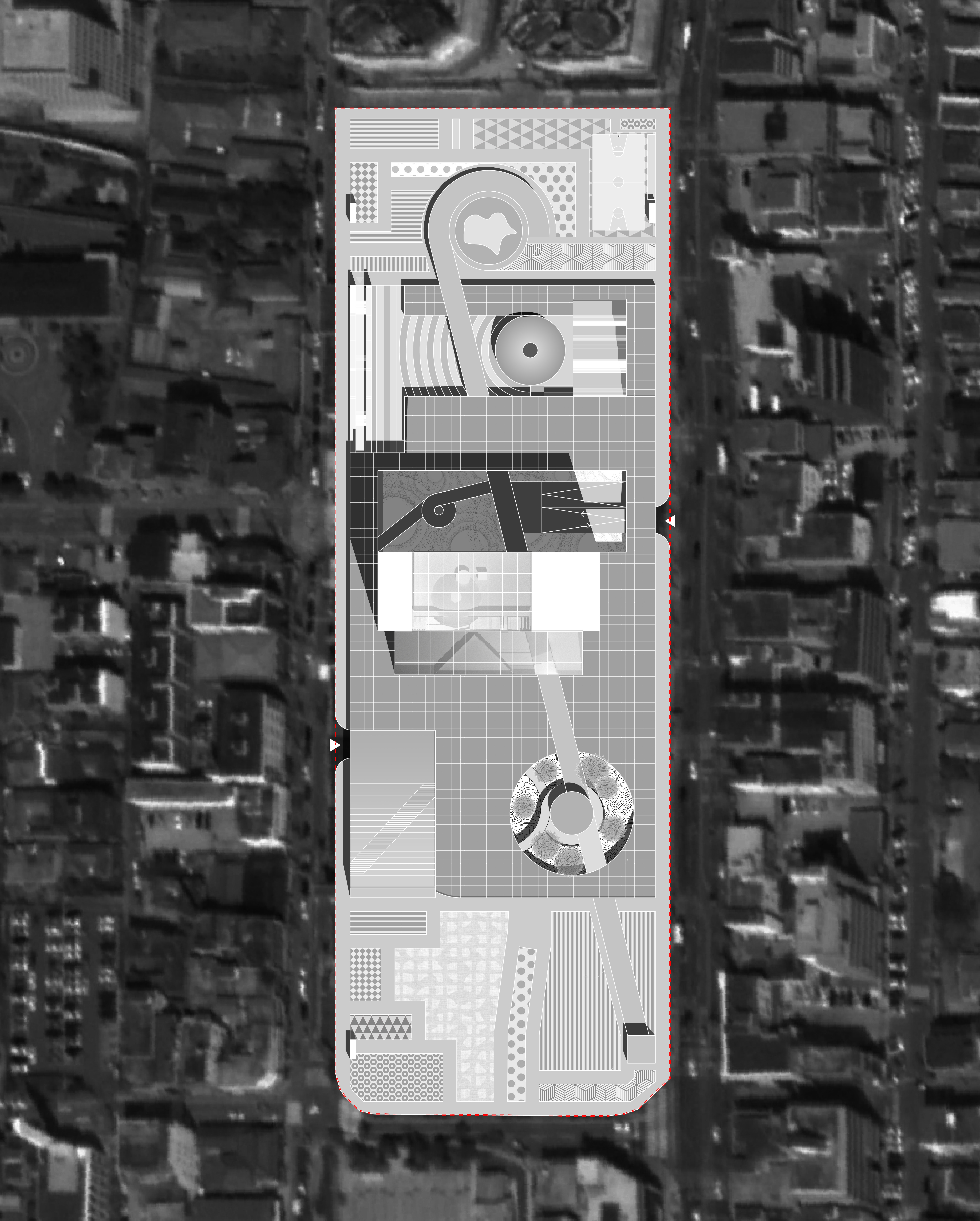 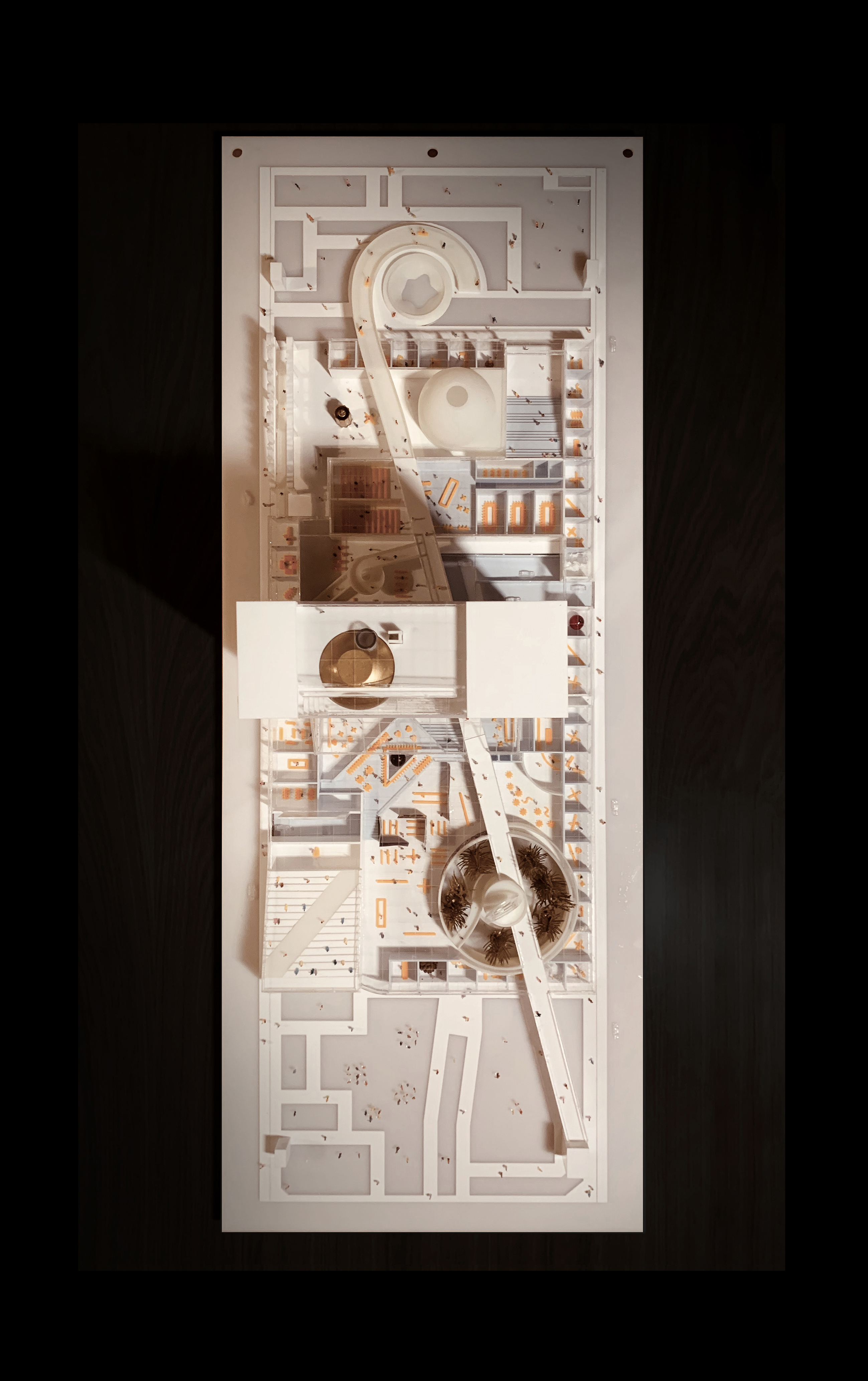 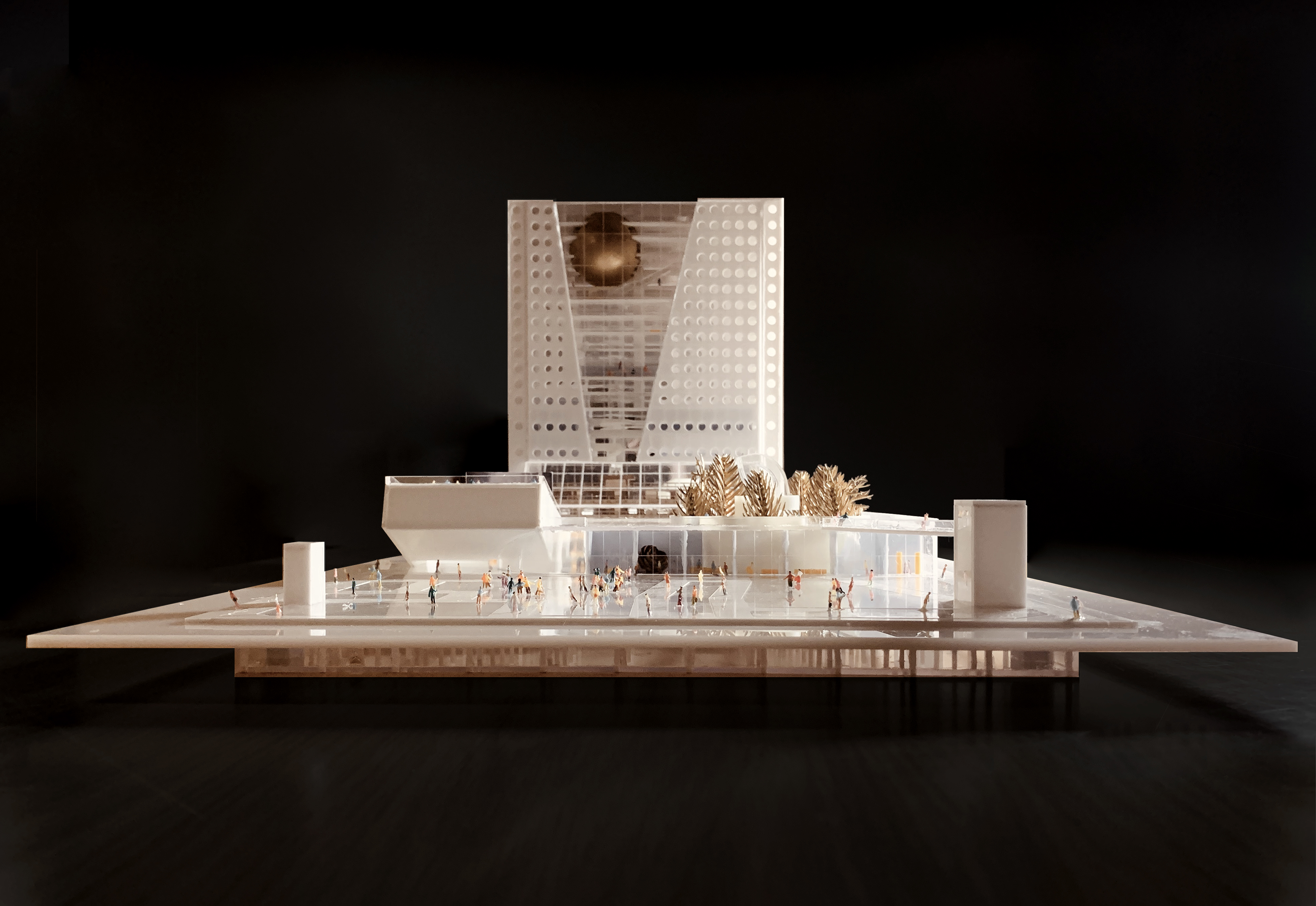 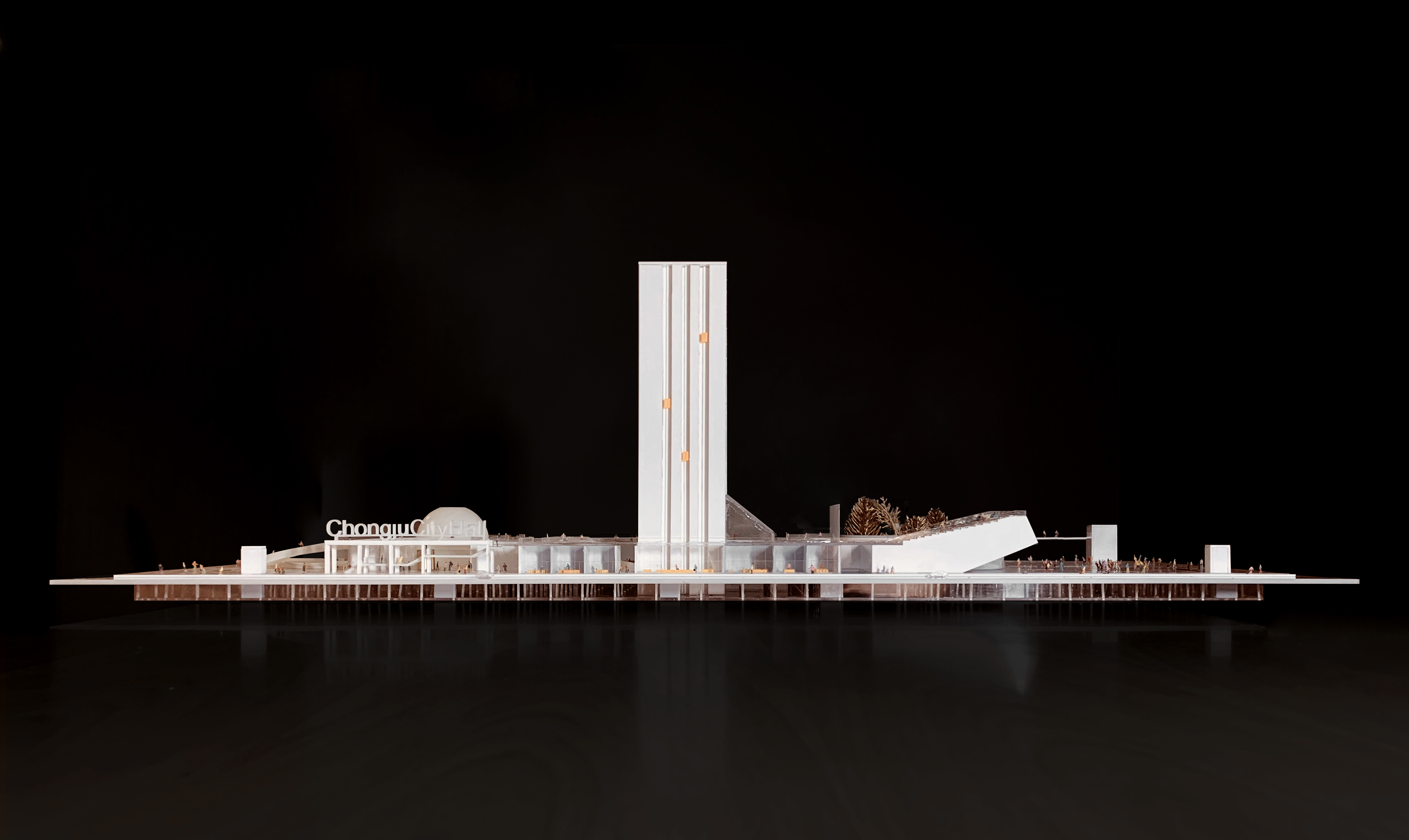 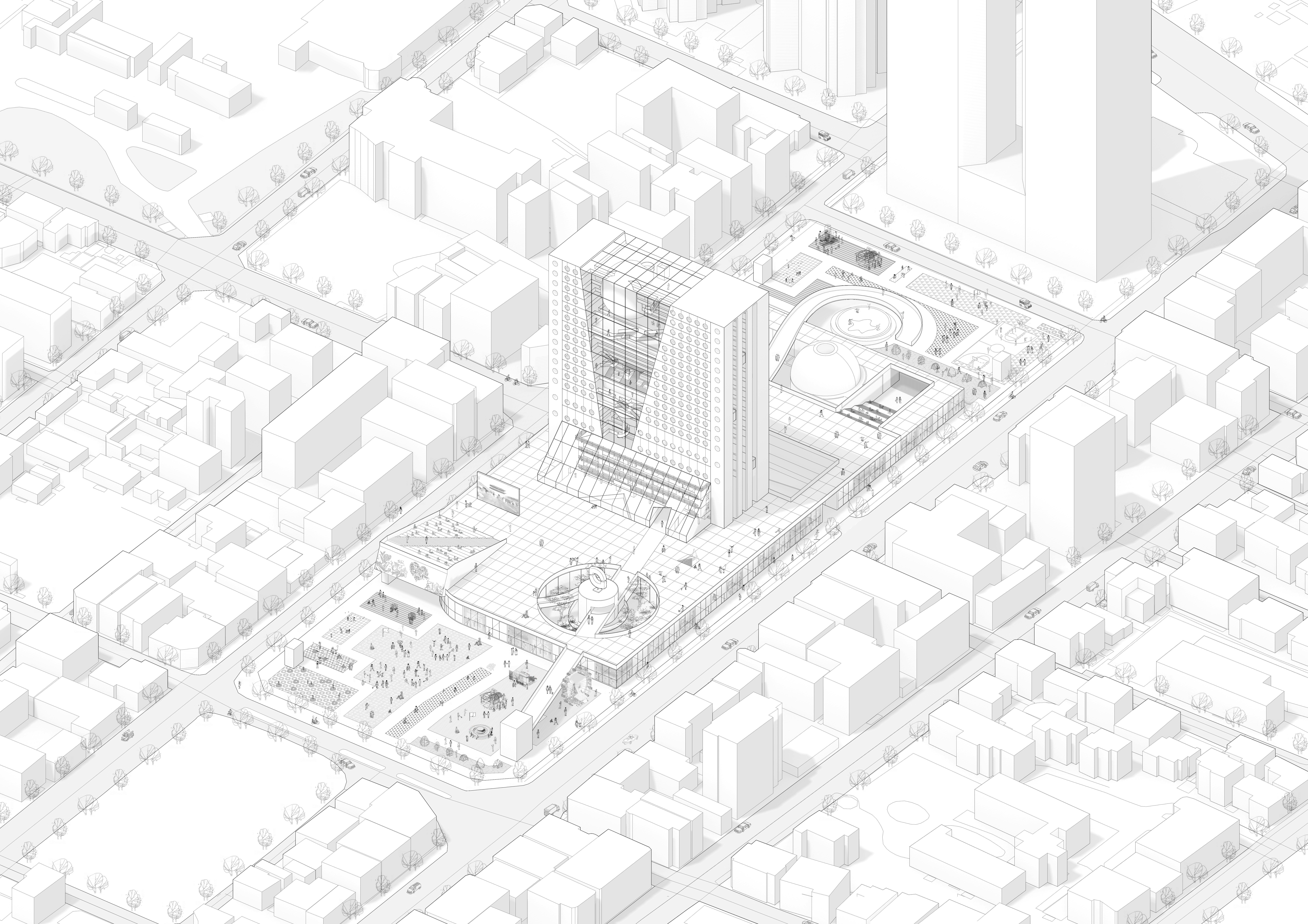 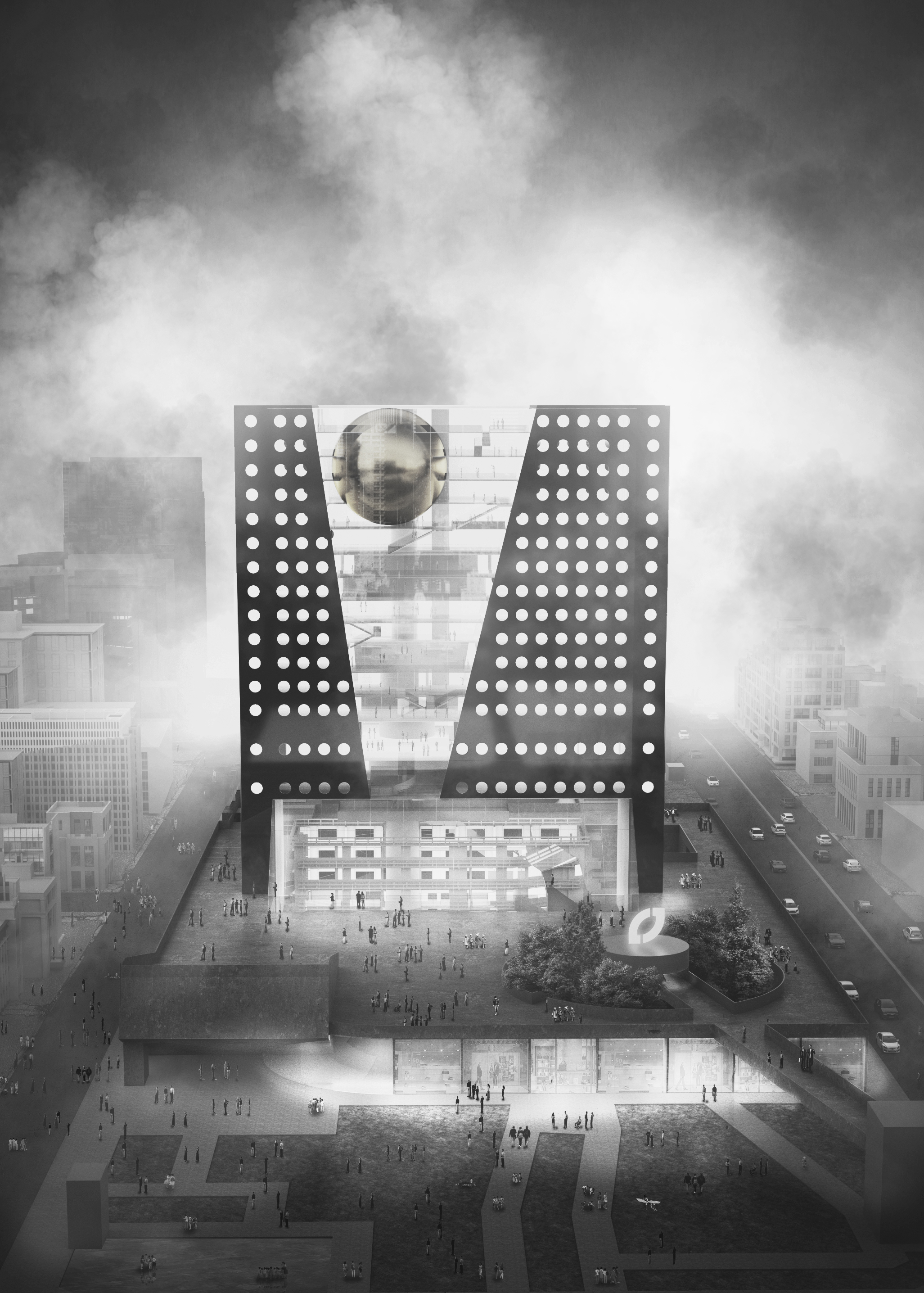 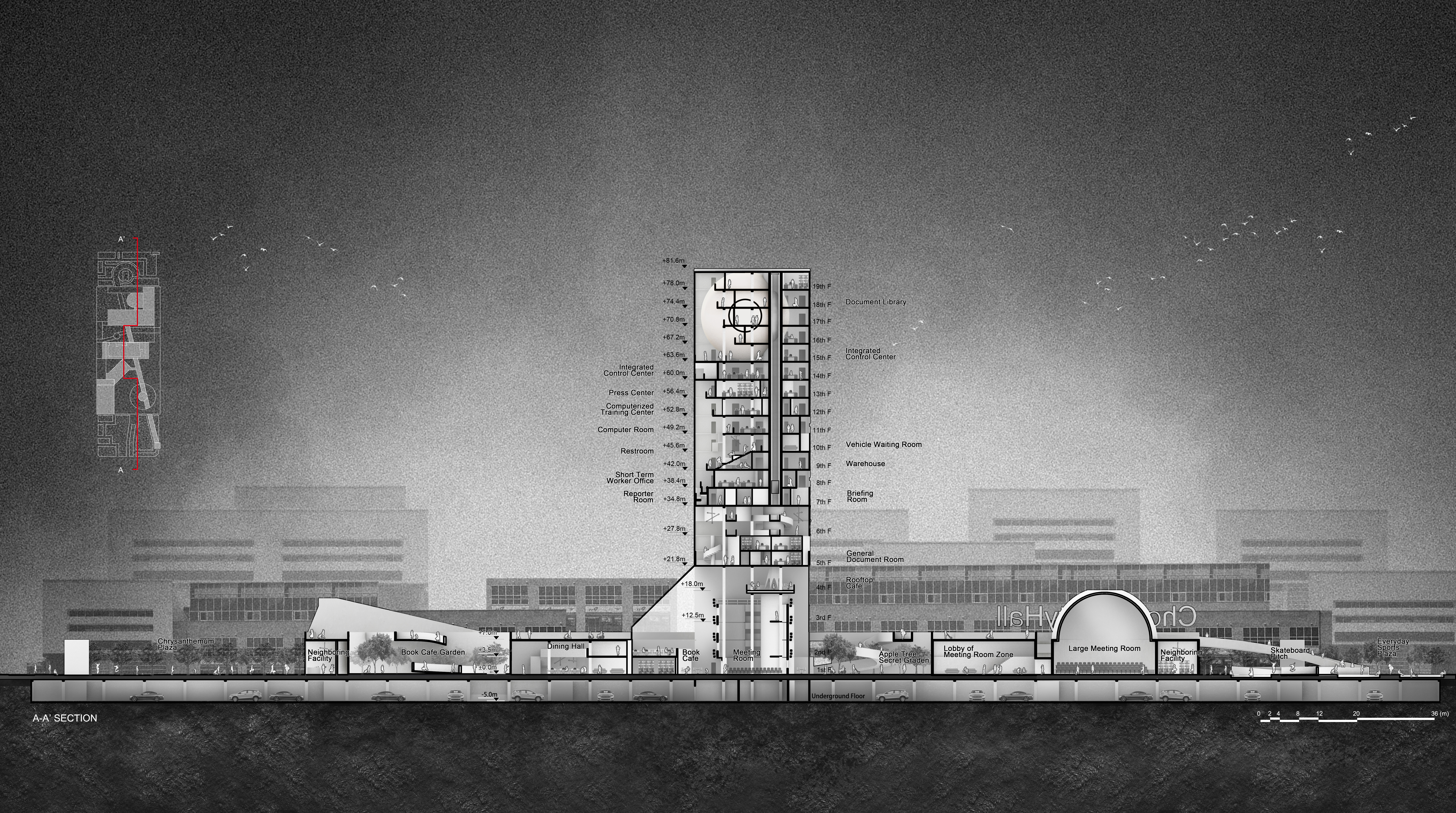 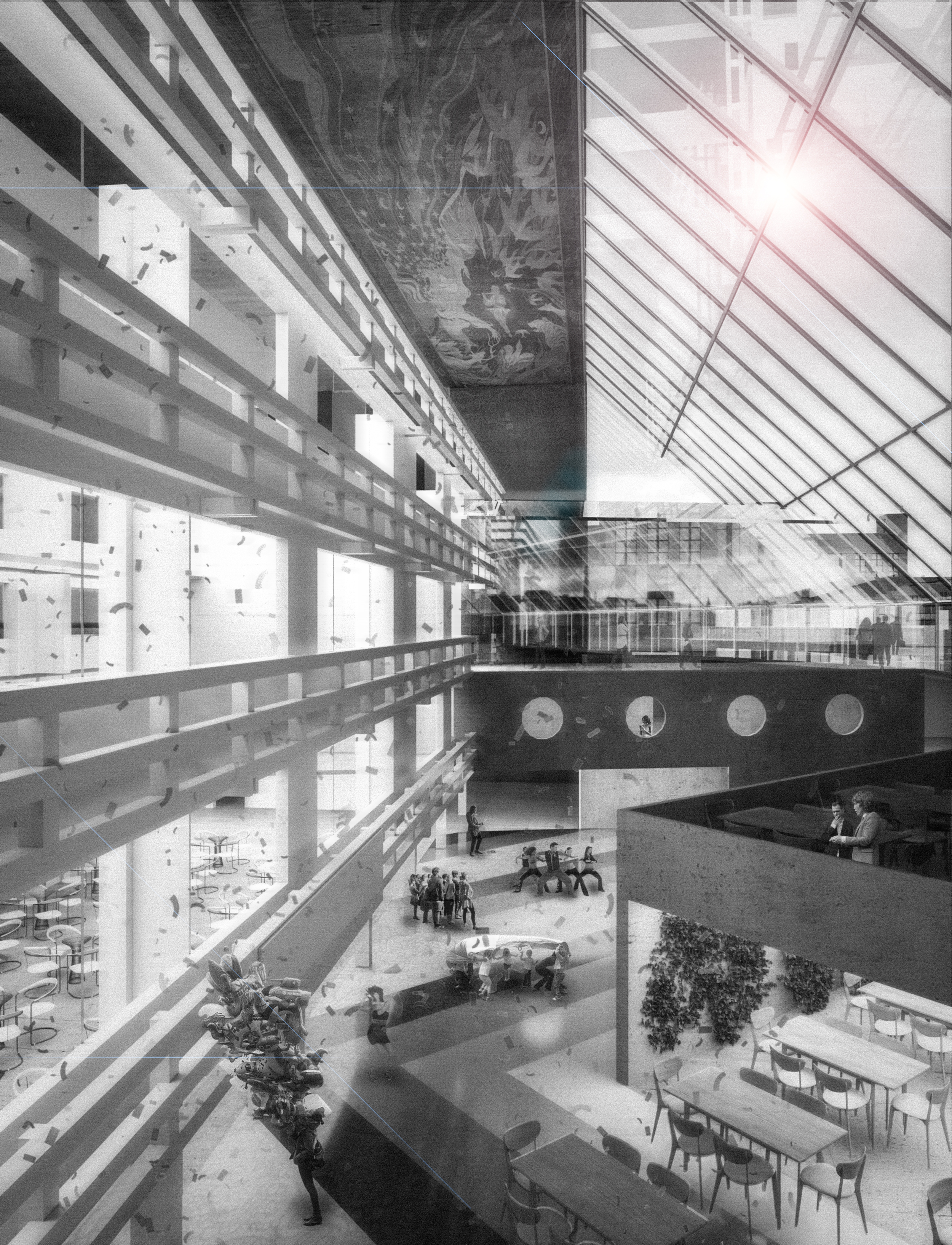