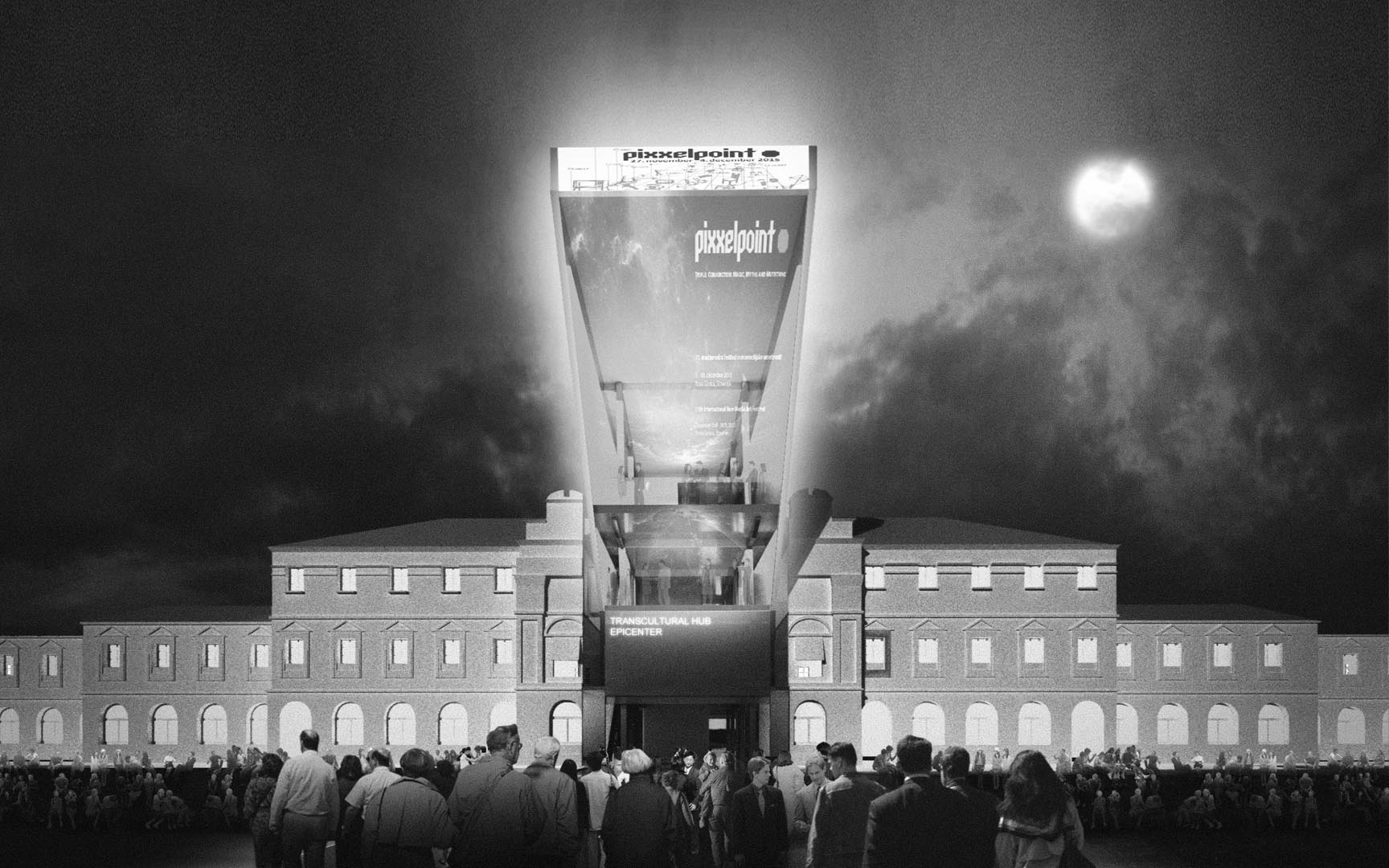 View post in Weixin
Urban regeneration project: connecting the two cities of Gorizia and Nova Gorica by designing a common central area: the Europe Square – Piazzale Della Transalpina and the transcultural hub EPICenter. This crossborder Competition intends to address the problem of uniting a city once divided by a border which no longer exists as a physical barrier in today’s EU

Urban regeneration project: connecting the two cities of Gorizia and Nova Gorica by designing a common central area: the Europe Square – Piazzale Della Transalpina and the transcultural hub EPICenter. This crossborder Competition intends to address the problem of uniting a city once divided by a border which no longer exists as a physical barrier in today’s EU。

After world war 2 the region of Gorizia was divided between Italy and former Yugoslavia, today the republic of Slovenia. After long term of transition, start from 8th century of region, the two condition of site has different level of assembly and separation, in terms of geopolitics, religion, ethnics, culture, economy and urban context reflected in form of architecture.

There has Many of research mapping, we did specially to understand the situation of urban context, before involving into the design precessing. The system of mapping include the density of existing urban blocks inside and outside the redline; current border condition; checkpoints along the border;1946 urban planing concept for Nova Gorica; transportation system; land-use; housing type of the town；Colour of the town; Building height; Typography; A town of parks; A town of sports; Tourist attractions; Culture of town.

The project proposal of ECoC aim to present the borderless in-between two cities, and to create the connection and to break not only the condition of visionary border, but special the border of phenomena.The zone of the border area looks like a background with two local cultures, projecting of activities and open events on top of it.

The new programs and zones has been redefined through the east to the west , along the north to the south, the program is including the new tech-university zone, sporting zone, cultural & exhibition zone, mountain hiking zone, community activity zone, and public park zone, 6 new themes domain. In the meanwhile, the 6 characterised area have been connected through a yellow passage, in order to break the border separation. During the different zone, there has been defined different scale of event pockets for local and tourist to experience, such as campus night club; roof-top rose farm, jogging , multi-media artinstitution and gallery, etc. In the meanwhile , the EPICenter will become part of agglutination platform, playing an important role of attraction for the culture events.

The new proposal of the square present two strong characters. The one is the people flow integrated with bike flow and car circulation. The other is the exhibition centre has been positioned at the top of the old station.

The new gesture of superimposition of the Nova Gorica station and the new EpiCenter exhibition hall, define the new iconic image for the area ( check the diagram of step 2). The linear space will has the implication of continues and connection with space at western part of the railway.The original program of Nova Gorica station has been intertwined with new exhibition theme, including TED lecture presentation, linguistic studio workshop，social media exhibition hall and etc.The main role of the new EPIcenter becomes as event space and creative transcultural hub, for the citizen from both side, and the tourists from the world to interact with knowledge and social participation. It aims to achieve both national and international recognition as an aspiration for European cooperation and integration.

The front plaza has been transformed and integrated with space and circulation, still keep the road of Kolodvorska pot, but limited the car access. It is integrated with cafe and event space for temperate performance and exhibition organised by local institutions. The public slope covered with grass , kept the original trees on the site, providing a welcome and cozy place for the visitors to seat and meet.

The gesture of the great canopy identify the centre for the new building as well as the old station,but also become a symbolic icon for the two centres to find the new identification.

The new exhibition hall do not become the block of object, but it is the circulation hub, providing the efficient connection and penetration between the front plaza and the back of Nova Gorica railway station. The yellow bridge cross the railway, connecting west part of the station area.

The economic viable of EPIcentre

The epicentre is the centre of organisation including refund institution, university corporation, NGO and other local sponsors. It will attract a wider of group of cultural operators, minority representatives, university teachers and NGO leaders to closely involve as cultural council. Nova Gorica is the new city with Activities but without soul of culture background , Gorica is ancient city with fully of culture but without vivid live style.The epicentre will be the balance .

A leap toward a new level of cultural offer is something both cities and do together. And the Epicentre is the motor to bind them together. It could hold the multi activities according to different period of the year , in the 6 different zones. And the most important festival such Mesto Knjige, Sax Go, Pixxelpoint and etc could held in the Epicentre to attract more economic cooperation.The border will be represent in much wide range of transformation, including in social borders, linguistic borders, cultural borders, economic borders, administrative borders, ethnic borders, lunch- time borders.So transformation need structure and strategy. Both cities could increase private economic investing in the cultural sector by linking artist and CEOs through different events and initiatives .