Project process:
First stage: Urban strategy: During this phase of project; it concentrated on the big scale urban proposal. It sets up a system of urban benchmark to generate the architectural proposal. Entire process include position of assignment, situation of Ankara, site analysis, hypothesis and final urban strategy-sporting park.
Second stage: Architecture proposal: During this phase, through theme of sporting park. the architectural intervention should be potential to explain the urban position. So the sporting complex tower set up on the previous urban strategy. It link with three main theme, the architectural composition, structure and materiality and building performance.

The poly-centers situation of urban morphology has been segregated by the forest farm . it generates the 6 difference center of partition around the wasted forest farm. In the meanwhile, the farm become the city enclave effect the contemporary urban development.

Precedents Study
at first, I created a list of topological reference from the distinctive urban park, the analysis basic on different themes in terms of road density activity. so that it is to recognize the factors which should be improved in the urban strategy.

Urban senario integration
The main methodology chosen for designing the big scale of the park is to integrating the urban scenario of the sporting park, to composing diverse and vivid activities on the park and obtain the aim of the urban integration and connection. Through analysis the project from Oma, park La Villette inspired for the further step designed on the park composition. Through three different aspect composition, the activities happened on the park structured under the main grid frame. the x, y, z coordination guide the The different dimension definition of composition. Finally the sporting and amusement park has been generated as the main urban intervention. Then the rules set up sequentially and explain though the diverse sporting and amusement events as urban scenarios.

Sporting and amusement park
The aim of the proposal is to reshape the urban platform to inject more interaction activities in-cooperating more citizens to participate. Consequently the potential green platform could adaptive created as a park. Park relieve the huge pressure from the disordered city fabric and intensive residence as well as It is one of the basic tools for the urban growth control. It could gradually transform the condition of urban segregation into urban integration. The park located inside city has a very crucial position for the ecological system in the city, prevent pollution, causing by traffic congestion ,function as the lungs of the city.

Architecture Intervention
the building use the same conceptional composition aim to transit the horizontal urban scenario composition of sporting activities into the vertical direction, so the complex sporting tower has been generated as a landmark to control the whole site. The tower should be sculptured with personality,possessing a little bit evil, dirty ,aggressive even selfish.

Material
The whole cladding with the red rusted steel fitting for the urban context as well as become the eye-catching point sinking in the green park. The bolt on the facade is order to connect the diverse layer of facade including thermal layers.

Wider social context
In confront with the status of Ankara, it is going though a transition phase of urban formation. However, despite the forest farm lag behind the urban development, it become potential platform. Utilizing the organic platform , it is important to transform it into the adaptive element serving for the urban circulation, adapting to city life. So the theme of city park provide a public entertainment venues for the amount of urban resident participation. It function as hub connecting the north and south with communicating with the city center. For the utopian of Ankara, the mega-form of the park could provide the more commercial opportunity for the development and condense the boundary of it. From this perspective, the city create a obvious core of future development, it laterally control the disordered urban sprawl. 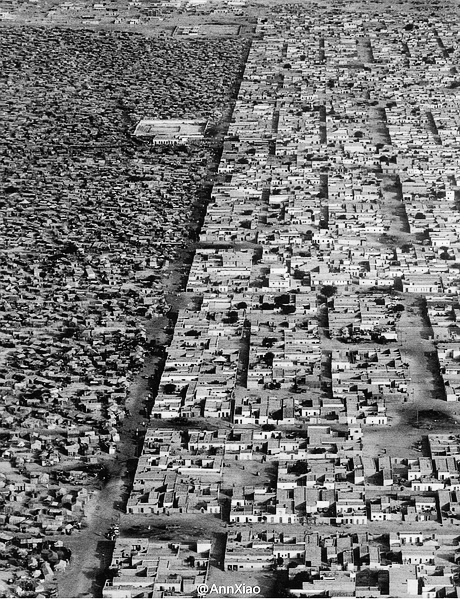 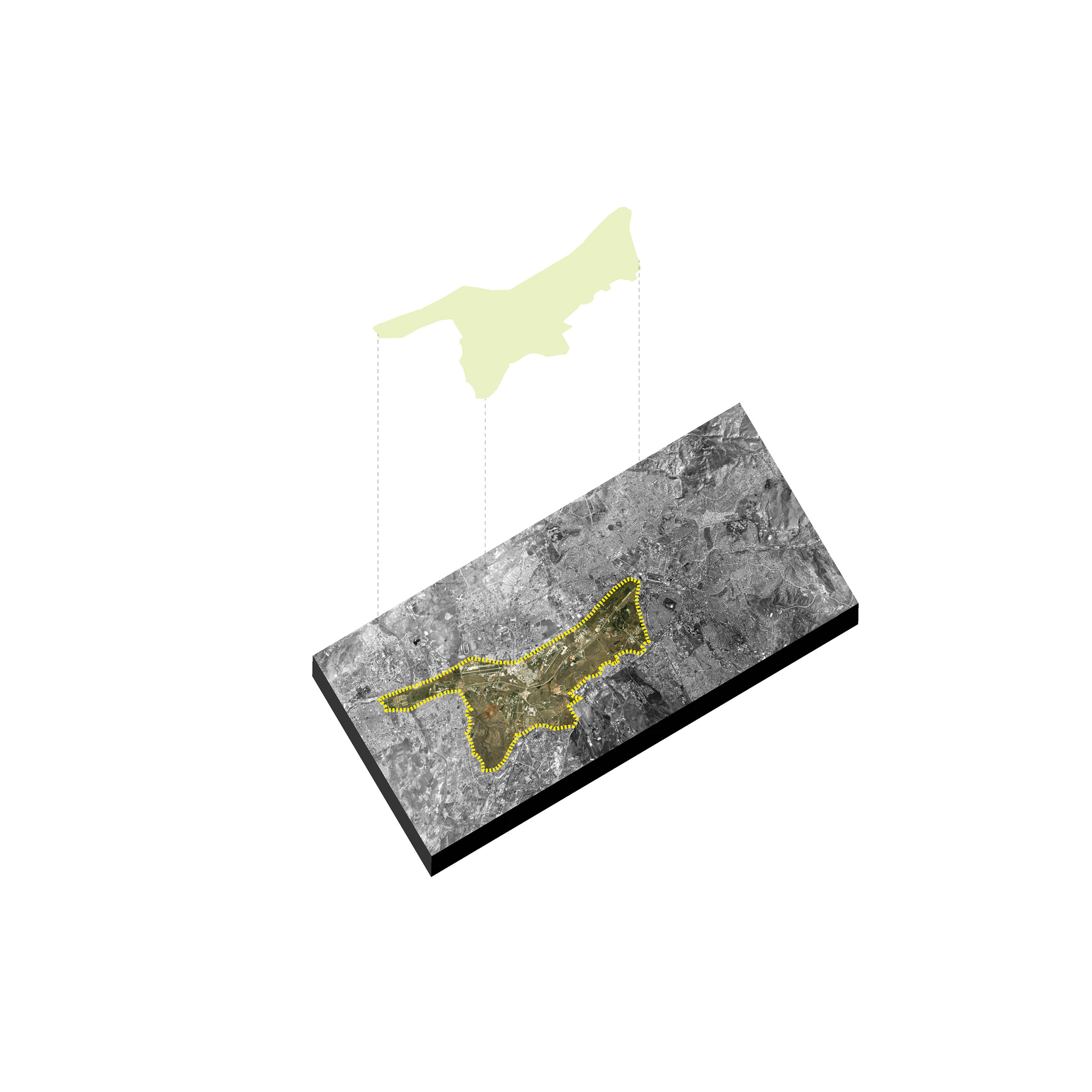 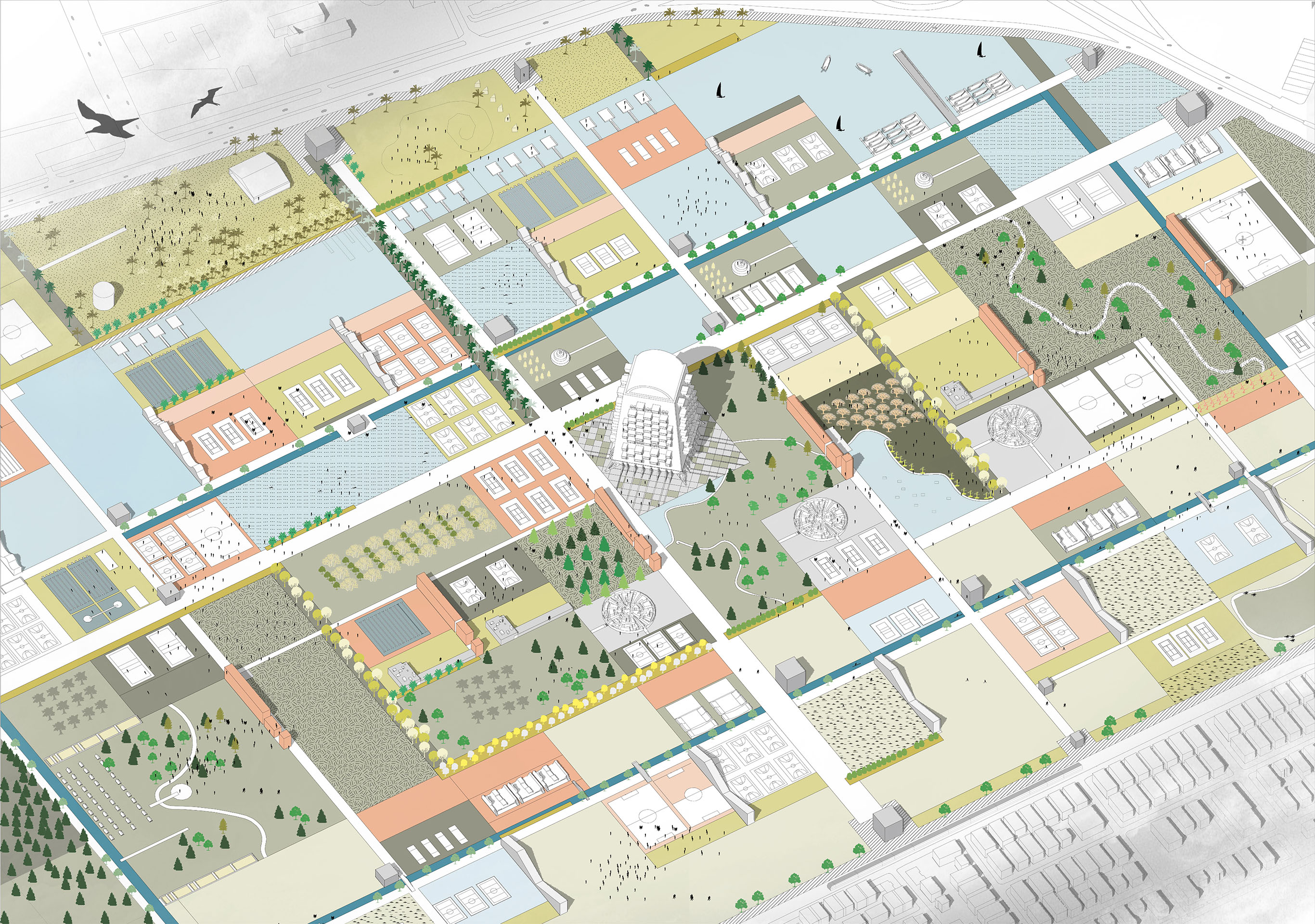 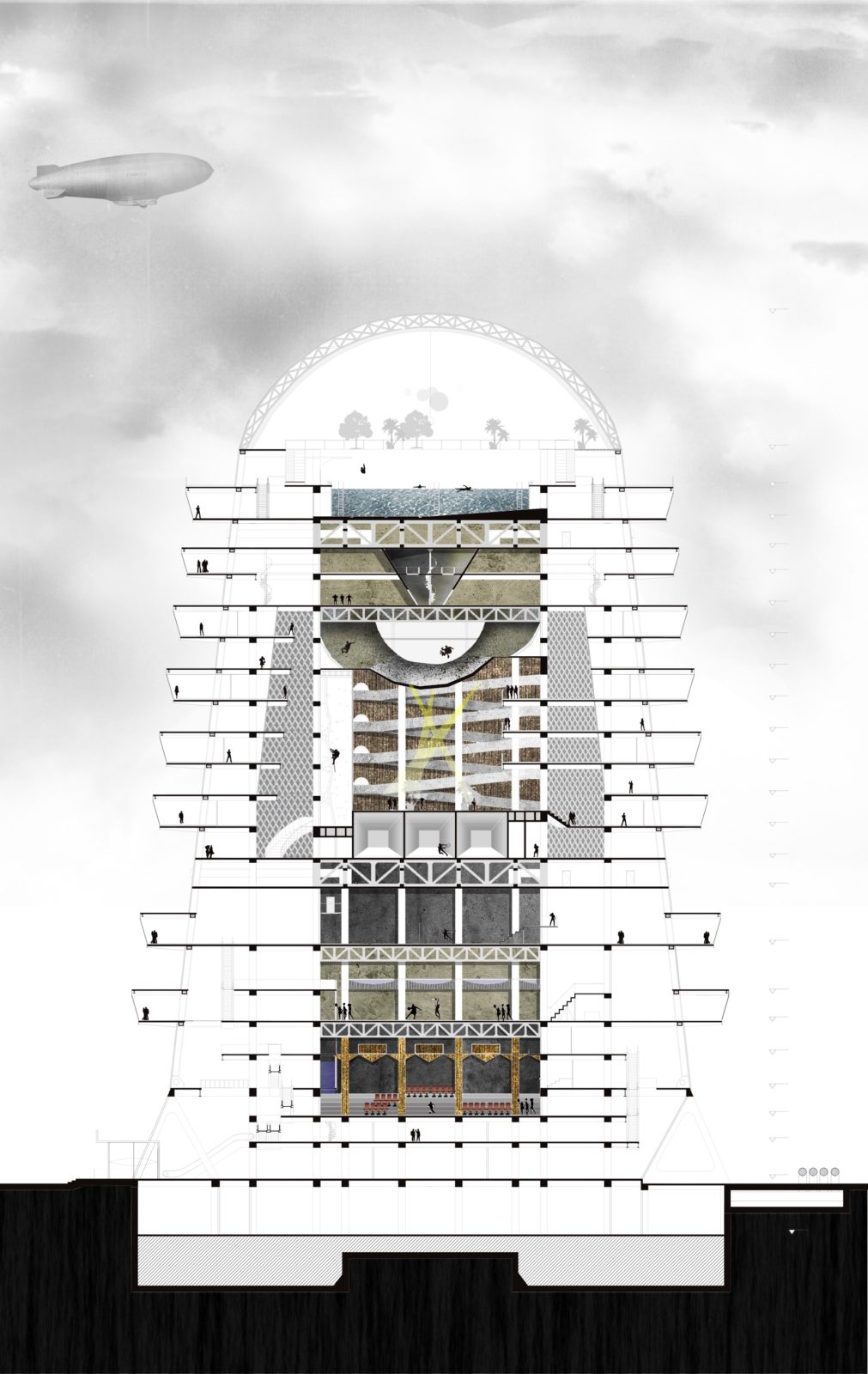 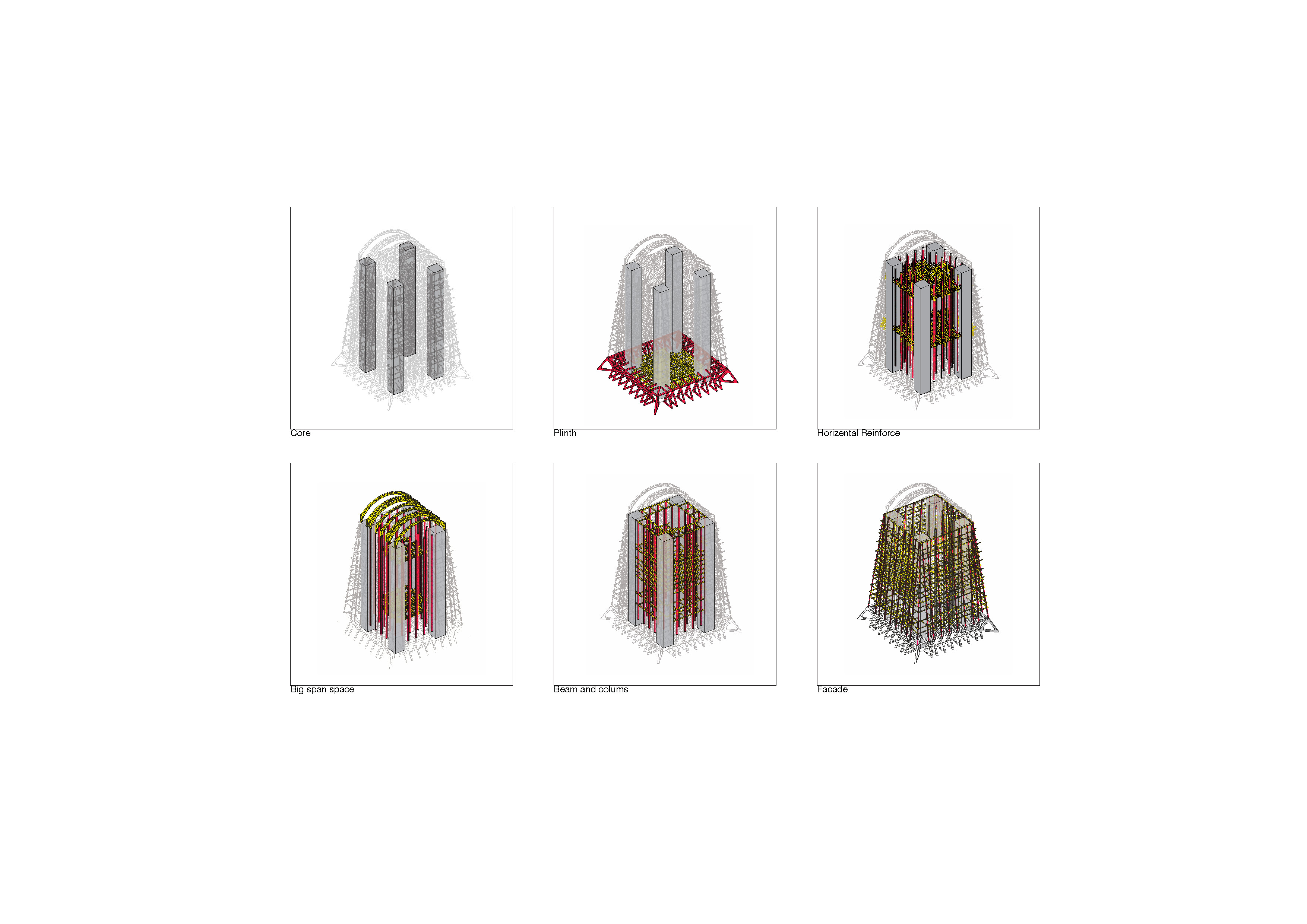 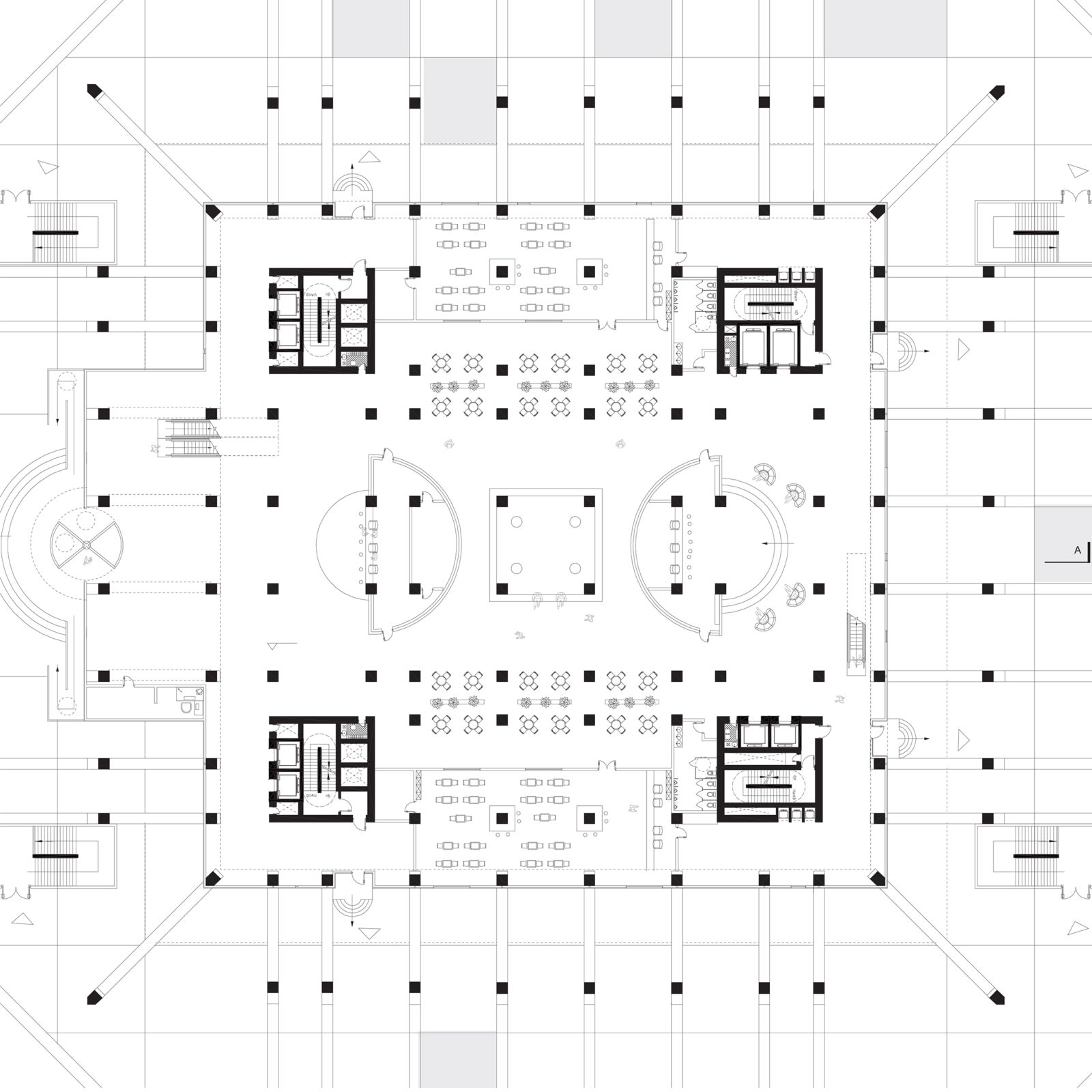 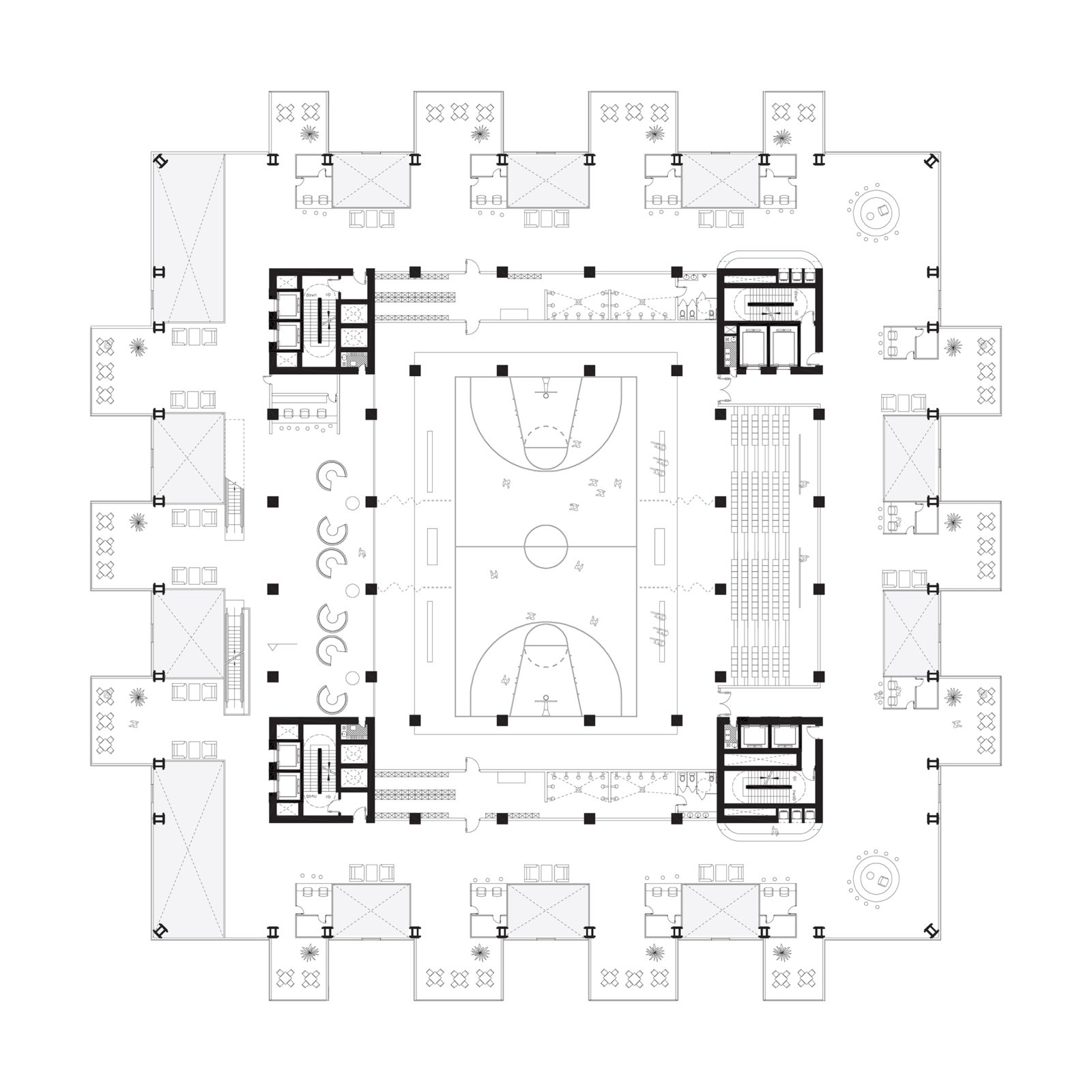 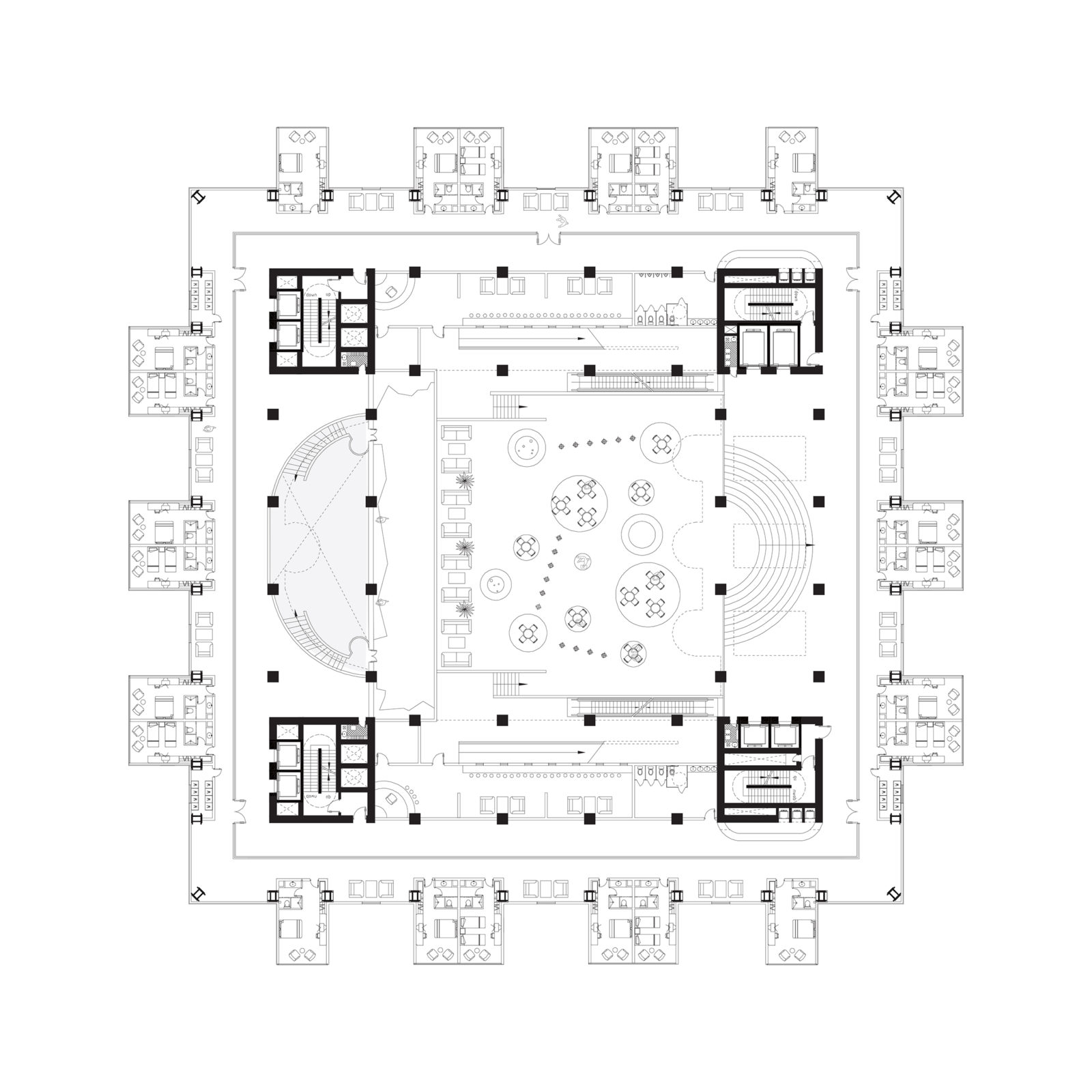 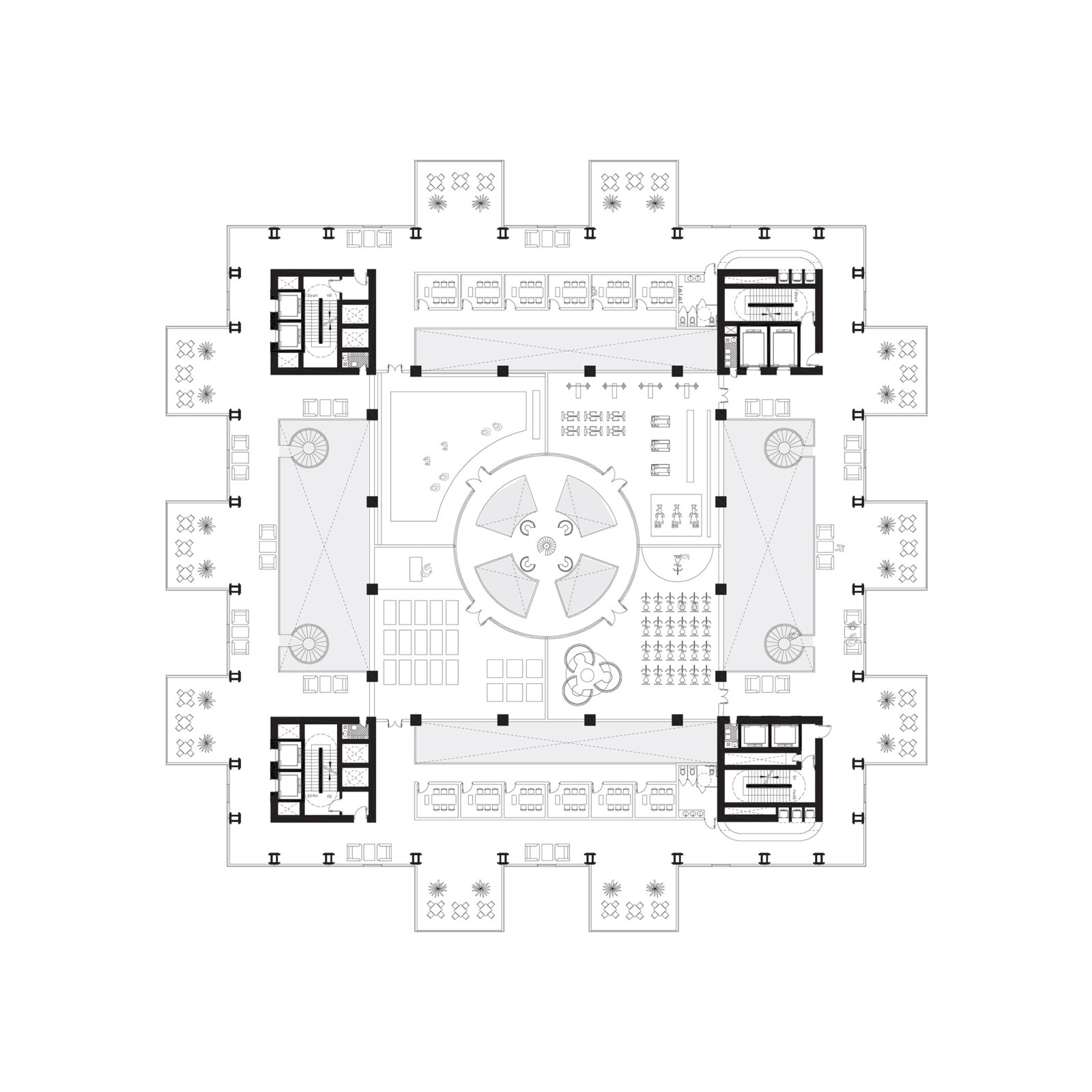 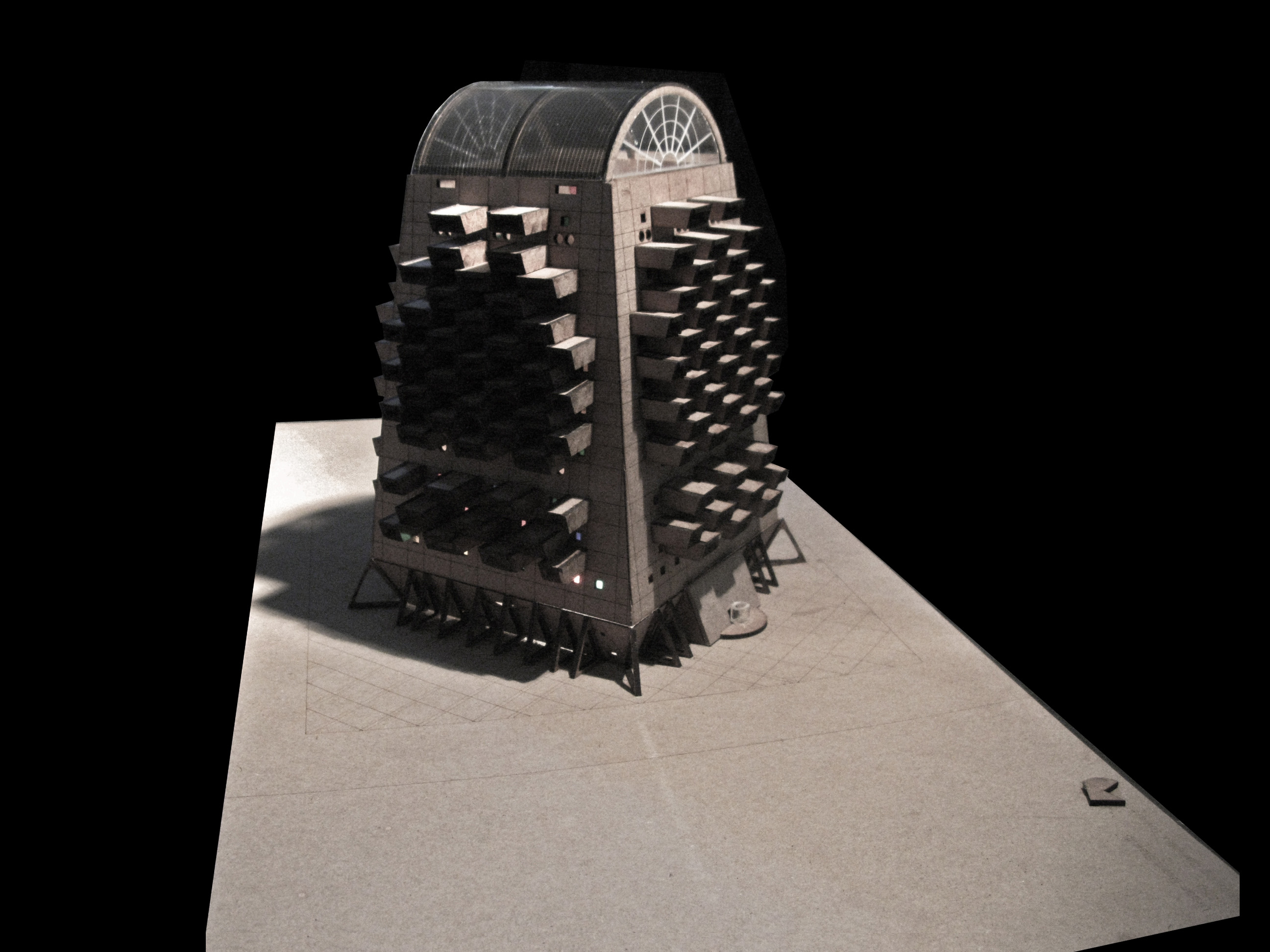 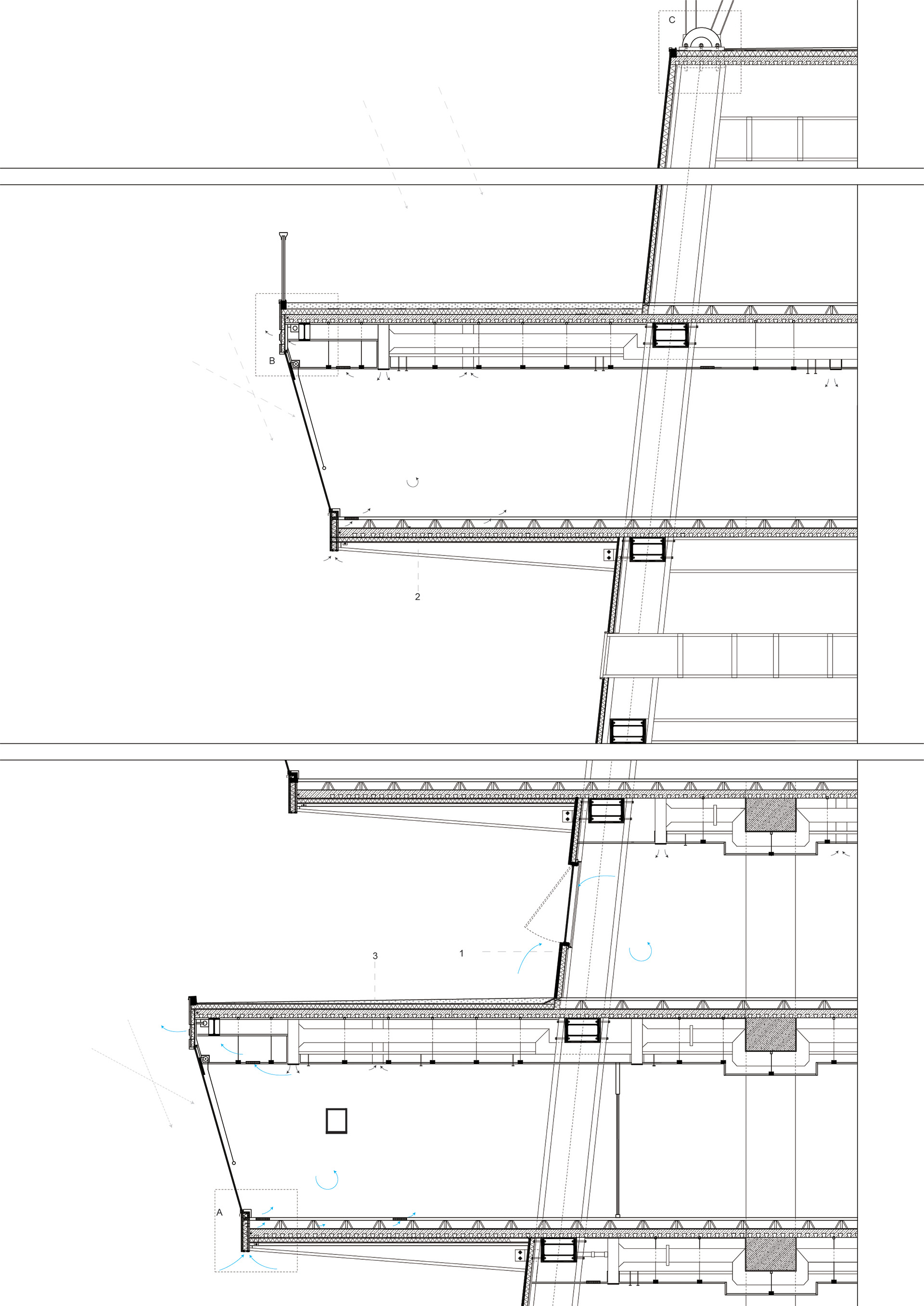 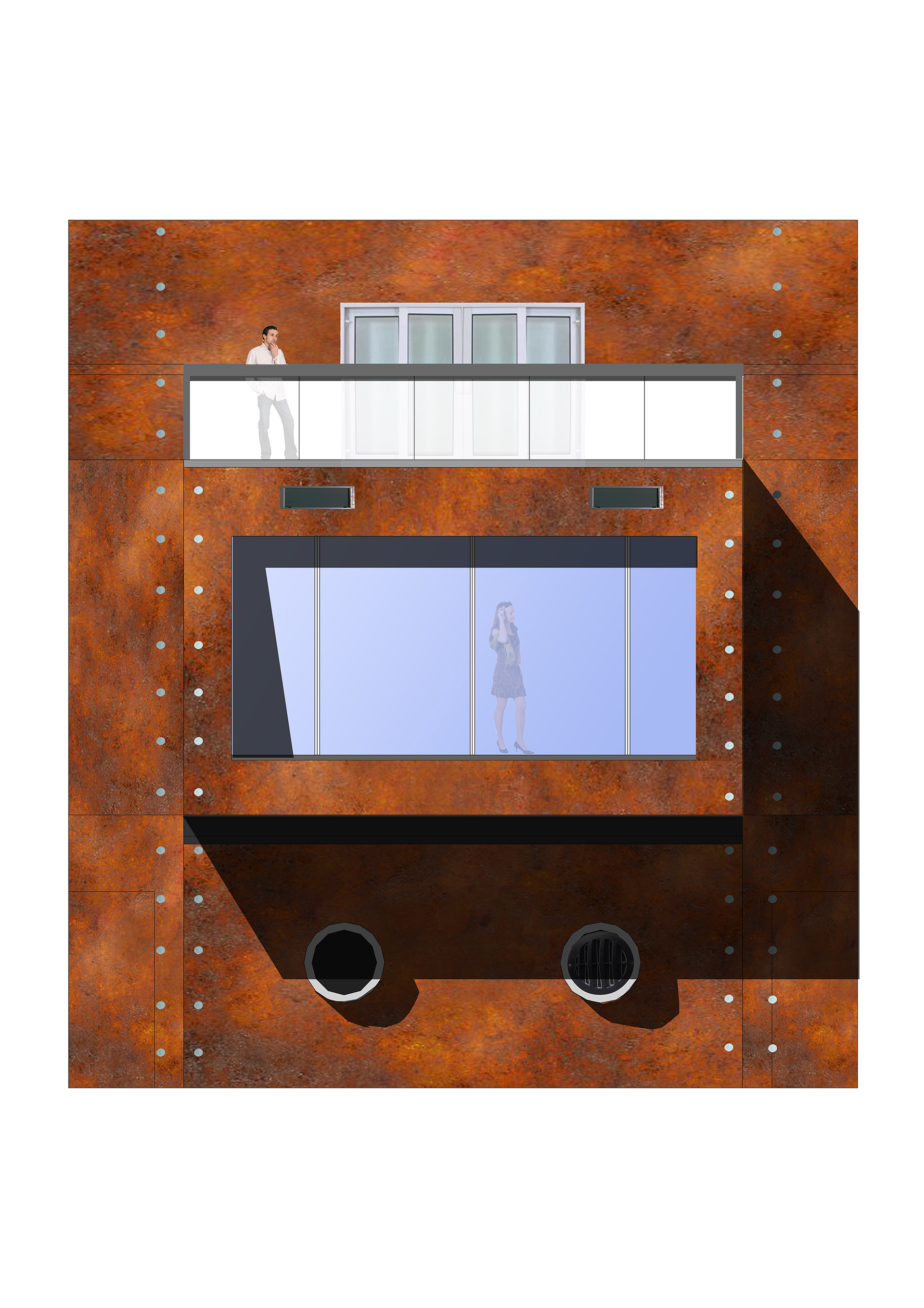