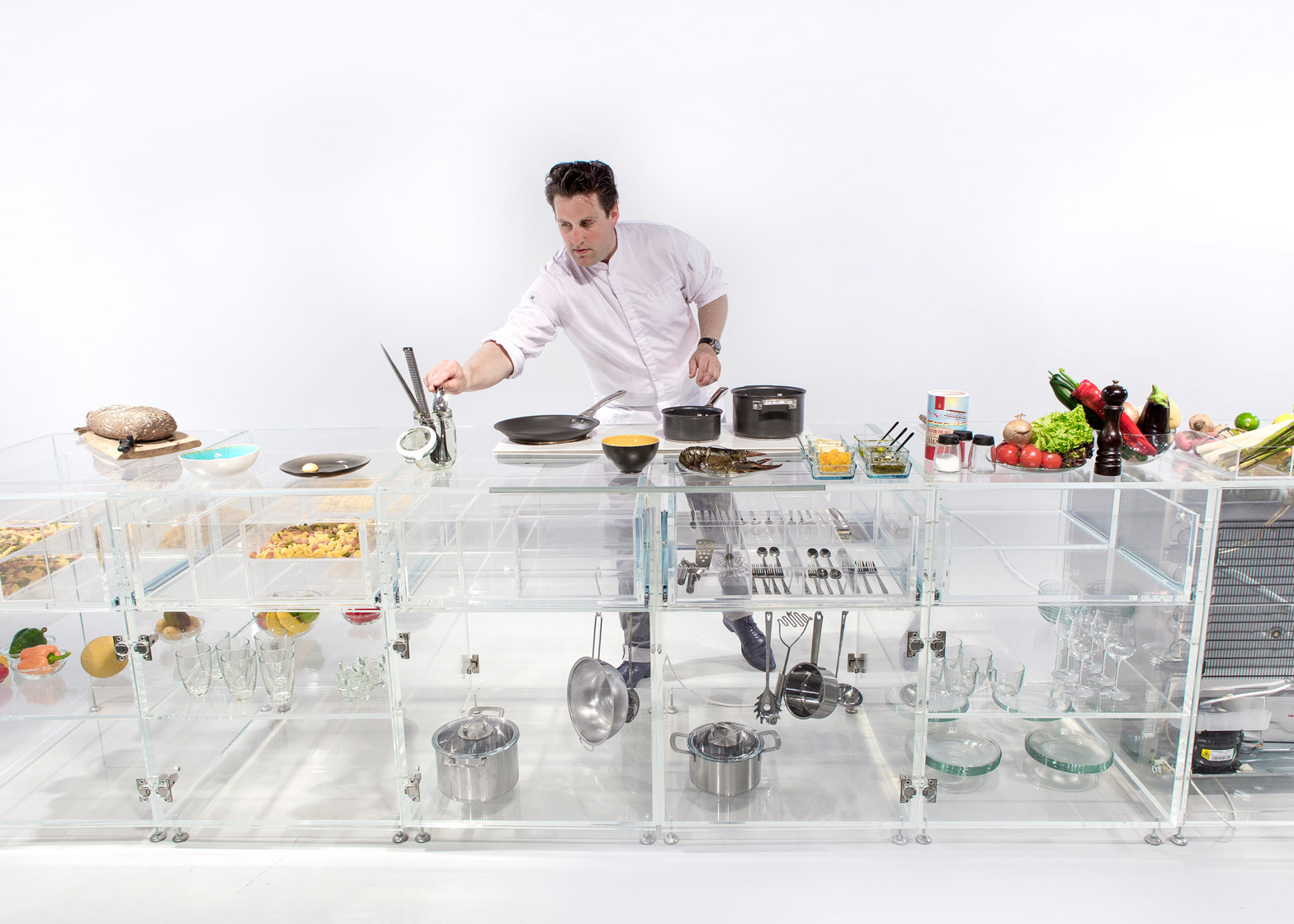 MVRDV designed a fully transparent kitchen as part of a satellite event for the Venice Biennale. The installation takes the typical modern day modular kitchen and looks at progressing the typology to improving the culinary experience and challenging the immense, yet generic, kitchen industry.